Tobe Hooper may be best known as a theatrical film director, but he made a fairly large impact with his boob tube-bound horrors as well, most notably as the director of the original 1979 mini-series adaptation of SALEM’S LOT. Hooper’s homebound horrors, however, don’t stop there, and enthusiastic horror fans can also count his work on the pilot episode of Freddy’s Nightmares, a segment in the made-for-Showtime BODY BAGS and episodes of Amazing Stories, Perversions of Science and Tales from the Crypt among his notable offerings. (Some of us even recall his nifty made-for-USA Network flick I’M DANGEROUS TONIGHT, featuring Mädchen Amick, Anthony Perkins, and an evil dress.)

Often neglected, however, is THE APARTMENT COMPLEX, a film with a fantastic cast that made its bow on Showtime on Halloween of 1999. Directed by Hooper during a bit of a soft spell (he didn’t directed a feature since 1995’s THE MANGLER), THE APARTMENT COMPLEX is a bit of a departure from the shivery classics we all know and love him for.  For one thing, it’s not a horror film – it’s a darkly comic psychological thriller of sorts, though fans of TEXAS CHAINSAW MASSACRE 2 should have no trouble believing that Hooper can deliver comedy with a twisted edge. 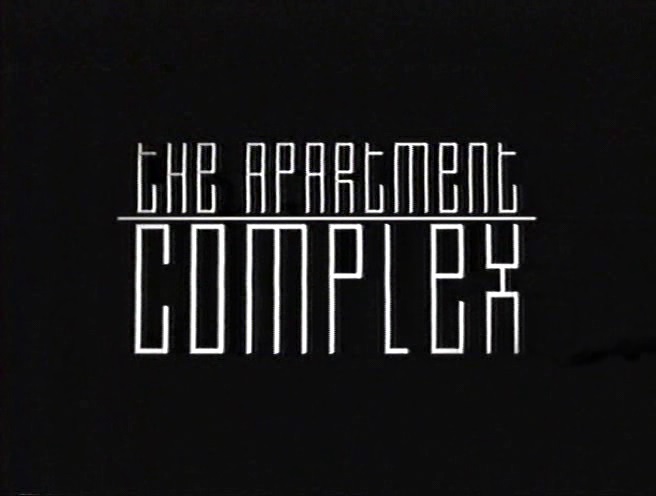 In THE APARTMENT COMPLEX, Chad Lowe plays Stan Warden, a psychology student in Los Angeles who’s been living out of his car when he answers an ad to be a building manager at the Wonder View Apartments in Hollywood. The previous manager, it seems, has vanished, and the residents in the place range from suspicious to suspiciously non-suspicious, all under the wing of the building’s owner, the cryptic Dr. Caligari.

In due time, the former manager surfaces – quite literally, as his body is dragged out from the complex’s rancid-looking pool. Even amongst the midst of such odd surroundings, Warden finds himself the prime suspect, and must determine who’s responsible for the death of his predecessor, as well as potentially responsible for future demises. 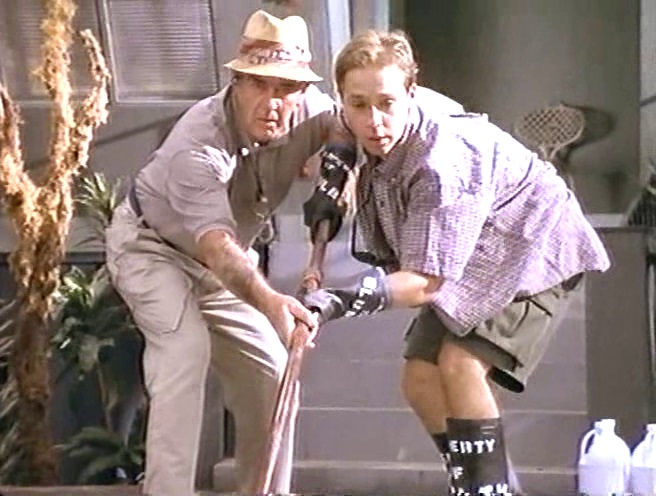 The cast of characters includes the ever-welcome Amanda Plummer as a police psychic, Jon Polito as a plastic surgeon to the stars, R. Lee Ermey as a paranoid ex-CIA agent, stuntwoman Gina Mari and HALLOWEEN: RESURRECTION’s Tyra Banks as a pair of body doubles, and best of all, Patrick Warburton doing what he does best by being simultaneously hilarious and intimidating. All this plus a pair of twins, a potential love interest, a potentially insane man who may be more than he lets on, THE CRAFT’s Rachel True, and Charles Martin Smith in a surprise supporting role. 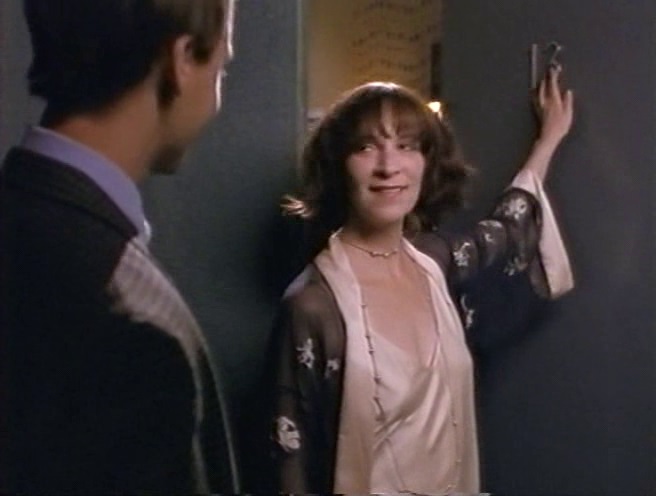 On the surface, THE APARTMENT COMPLEX is a pretty standard “wrong man” thriller, but thanks to Hooper’s stylistic flourishes and a solid script by Karl Schaefer (creator of Eerie, Indiana, to which this feels like a natural step from), the clichés take a backburner to the characters and the twisty plot. None of the supporting cast is left wanting for attention, and by the end of the film, the cavalcade of personalities feel less like potential suspects and more like genuinely interesting oddballs that you’d be perfectly willing to watch even if there weren’t murder afoot.

Hooper makes good use of the minimum locations, often making visual reference to the “maze of rats” Warden is studying in school. The mystery itself is relatively low-stakes (you’re never too invested in Lowe’s Warner, who’s more awkward than compelling) but the tongue-in-cheek vibe of the film never ceases to be anything less than perfectly watchable. 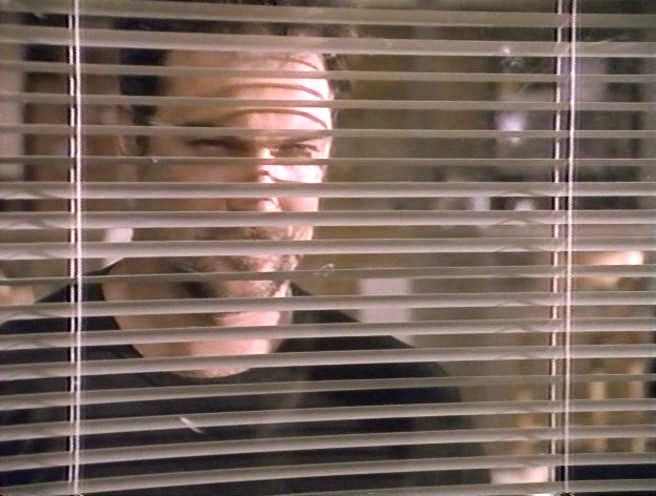 THE APARTMENT COMPLEX was among the last in the ‘90s onslaught of interesting genre films made for the Showtime network, a decade that brought cable viewers such nifty treats as the Rebel Highway and Roger Corman Presents series of films, the aforementioned BODY BAGS, Nicolas Roeg’s FULL BODY MASSAGE, the non-musical THE TALE OF SWEENEY TODD and the nifty crime pic MOONSHINE HIGHWAY, among others. It even shares some conceptual similarities with 1994’s THE COURTYARD, a Showtime original about a young man who moves into an apartment complex full of weird neighbors played by notable character actors and ends up involved in murder. (THE COURTYARD, however, lacks the comic tone brought to COMPLEX.)  Sadly, the network has essentially ceased trying to get the B-grade movie audience, but hey, Penny Dreadful was pretty good, wasn’t it?

It’s not that surprising, then, that COMPLEX is an enjoyable way to spend an afternoon. It’s not an undiscovered classic by any means, but it’s the type of perfectly enjoyable entertainment filled with well-known character actors delivering fine work that genre fans should seek out. Sadly, the title has never made its way to any digital format (the fate of much of Showtime’s output, though some titles have emerged on Amazon Prime recently), so Hooper completists will need to seek out the long out-of-print VHS from Paramount. THE APARTMENT COMPLEX may not be worth putting a down payment on, but it’s certainly worth a rental.