Stephen King is the most influential voice in horror of the late 20th century. His books have been best sellers since his debut, and have gone on to spawn numerous adaptations in film, TV, video games, and other media. King Of All Media looks at those adaptations, starting with his TV miniseries in chronological order. Each week, Alejandra Gonzalez and Rob Dean will discuss a new miniseries project of King’s, starting with 1979’s SALEM’S LOT — directed by Tobe Hooper.

Rob Dean: SALEM’S LOT came out in 1979 on CBS, directed by Tobe Hooper and featuring David Soul, James Mason, and Bonnie Bedelia. It is the story of an author returning to his hometown of Jerusalem’s Lot in Maine, only to soon discover that it is being overrun by vampires (that old chestnut). As in every King adaptation, some elements are changed from the book (mostly conflating characters, altering the bookend of the narrative, and changing the appearance of the main vampire, Barlow) but the basic story remains the same. I’ve read a bunch of Stephen King over the years, but this book remains my favorite of his, and it’s the one that I think is the scariest. While it’s hard to figure out how people were feeling in 1979, it’s pretty safe to say that this was some startling imagery to appear on the small screen at the time.

Alejandra — what do you think works best in Hooper’s miniseries? The mini-series has some moments that are iconic amongst horror nerds — do those still resonate with you almost 40 years later? Is SALEM’S LOT scary?

Alejandra Gonzalez: It’s funny that you ask whether or not some of the iconic sequences in SALEM’S LOT still resonate with me so long after it’s release because to me these sequences are even more terrifying than some of the stuff we see in film today. SALEM’S LOT still really scares me because it takes the classic charming vampire and transforms it into a feral creature producing an inescapable plague upon a small town. It really reminds me of a Romero zombie story, actually. Is it possible to think that what works best for the movie could also potentially be its primary weakness? I like how long the build-up feels, because it creates tension in the viewer, so when we’re finally introduced to the vampires, it’s an incredibly effective and terrifying reveal. I also understand that it was meant to be a two-part mini series based on a 500-page novel, but did it have to be that long?  I find myself losing interest during a lot of the first half, though I do think Hooper uses the time to make characters we care about. 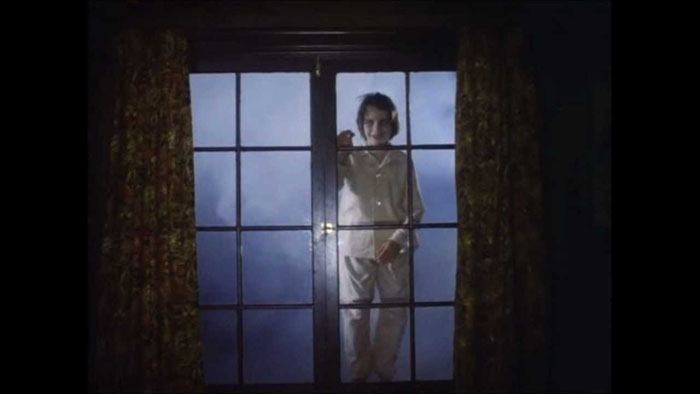 Rob Dean: The influence of Richard Matheson’s I AM LEGEND on Stephen King’s book has been well established, but I never thought about how that also influenced Hooper’s depiction. They do seem more feral and in line with Romero’s ghouls than any other depiction of vampires (at the time). I also agree that is a wildly uneven film/miniseries — to the point that I don’t see what would hook viewers in to returning for a second part. There’s a lot of character work (mostly on characters that will quickly die, disappear, or get turned in the second half) but part one of SALEM’S LOT doesn’t do much to foreshadow what will happen or why audiences would be tuning in for the thrilling conclusion. The acting is fine, the effects are not bad for the time period and the fact it’s television, but the pacing just seems completely off to me. Despite spending a lot of time with the characters, I just didn’t care about any of them (except maybe Bonnie Bedelia’s Susan Norton) so there was no real sense of stakes. Which leads to discussing the people behind the scenes and the incongruity between the writer and director. Tobe Hooper is a pretty known quantity around these parts, and SALEM’S LOT finds Hooper mostly in THE FUNHOUSE mode where he’s using a lot of well-established tropes in fairly conventional ways without any sense of the inventiveness of his more quirky affairs. But I think a lot of that hindering comes from the screenwriter, Paul Monash, who had spent decades previously writing many dramas and westerns for the networks before adapting King’s book. Monash applies his experience with PEYTON PLACE to SALEM’S LOT in creating small town intrigue with lots of interpersonal drama, but it all feels incredibly flat and devoid of any nuance. What did you think of the characters, pacing, and other parts of the script? What about Hooper’s work here—how does it compare to his other films?

Alejandra Gonzalez: I genuinely love most of the characters in SALEM’S LOT.  I thought Ben Mears was interesting enough but my favorites were, like you, Susan Norton and I found myself extremely fond of Mark Petrie because of his affinity for horror, which is the reason he is able to survive. I also totally agree with you about how there’s really nothing about the first part of SALEM’S LOT that would have ever convinced me to tune in for the conclusion. Since it’s not unusual to watch it in one sitting now, the feature suffers a lot because of that distinct shift in pacing from one half to the next. Everything before Geoffrey Lewis’s character gets bitten feels really bland and lacks the sense of eeriness and thrill that the second half has so much of. That being said, I don’t mean to totally criticize SALEM’S LOT for this, because it’s still one of my favorites from Hooper, as the second half completely redeems the dullness of the first. I also think these are some of the coolest and most interesting-looking vampires in the history of vampires on film, which it deserves credit for. Now that you mention it, I wonder if there was a lot of creative tension between Monash and Hooper, which led to the severely uneven nature of the miniseries. Do you think it would have been better had Hooper had more involvement with the screen-writing the way he did for THE TEXAS CHAIN SAW MASSACRE? Or perhaps if the series had been slightly shorter? 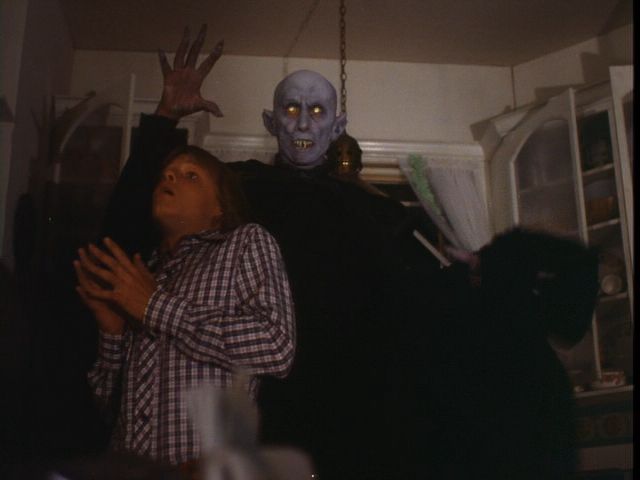 Rob Dean: Oh yeah, I also loved Mark Petrie (Lance Kerwin) as the horror fan that figures out what’s going on in the town and uses his genre knowledge to survive. I thought Ben Mears (David Soul) was too much of a cipher — his curiosity propels the story forward, but not a lot is going on with him except being the pinnacle of a dreamy ’70s hunk. To your point, I don’t think Hooper’s writing would have improved it—when he did his supernatural horror affecting “real” American families with POLTERGEIST, it wasn’t tonally akin to SALEM’S LOT anyways. And I don’t think the series should have been shorter — if anything I would have had it be three parts to develop a lot more of the town and the creeping dread of people going missing. Yeah, the vampire design and execution is cool, and retaining King’s element of having a horror fanboy is smart (and pretty prescient to a lot of films made in the ’80s and beyond), but the pacing just feels off to me: it goes from quiet rural melodrama to suddenly half the town has gone vamping real quick. But you say it’s one of your favorites from Hooper — what do you think are his biggest artistic fingerprints on this project? He made THE TEXAS CHAIN SAW MASSACRE and EATEN ALIVE before this and would go on to make THE FUNHOUSE and POLTERGEIST shortly after. Is there any indication of this transition from grindhouse auteur to more mainstream horror director in SALEM’S LOT?

Alejandra Gonzalez: While I don’t think SALEM’S LOT is nearly as grimy and gritty as either THE TEXAS CHAIN SAW MASSACRE or EATEN ALIVE, I can’t really say it’s as “polished” as his later work. I don’t find his later work is polished enough for the mainstream to begin with, really, and I mean that in the best way. I digress, SALEM’S LOT still has a slightly campy air about it that makes it as charming (while still pretty terrifying) as most of Hooper’s work. I think it’s a perfect middle point, though I don’t necessarily agree that Hooper strayed too far from his more gritty origins as his career progressed. I mean, I agree that there’s a stark contrast between THE TEXAS CHAIN SAW MASSACRE and something like LIFEFORCE for instance, but I think Hooper stays authentic and bold in his filmmaking throughout his entire career. Now that we’ve touched upon several of Hooper’s other films, how do you think this one holds up today in comparison to his other work? Do you think SALEM’S LOT represents Hooper well as one of horror’s most influential filmmakers? 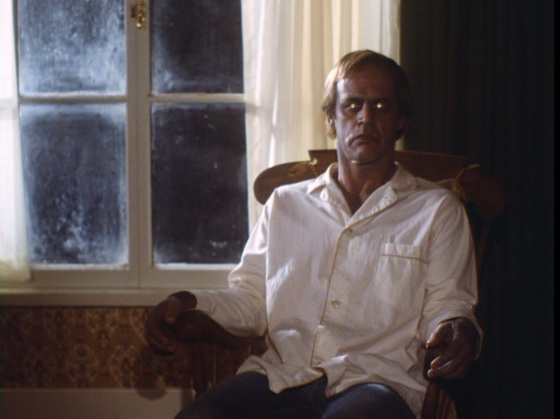 Rob Dean: I think that SALEM’S LOT showcases a few elements that Hooper did really well—specifically juxtaposing the scary against the serene and expanding on established lore. Whether in TEXAS CHAIN SAW MASSACRE (1 & 2), THE FUNHOUSE, POLTERGEIST, or INVADERS FROM MARS, Hooper often liked to butt up the sensational and insane horror elements against an otherwise mundane setting. This made King’s book a perfect adaptation for Hooper as it was one of the earliest works out there to have that sinister influence take place within the comforts of a small town. And, as you previously mentioned, Hooper puts his own spin on vampiric mythos with an approach to the classic monsters that was more animalistic than the Hammer and Universal versions, but still retained an eerie sense of their former selves to be seductive to their victims (something he would revisit later with LIFEFORCE). While the script lacks necessary depth and is oddly paced, the creature design and execution of the vampires being loosed on the town are still entertaining. As we wrap up discussing SALEM’S LOT, what are your over all thoughts on the miniseries? Besides the Maine setting, are there elements of it that would become mainstays in Stephen King adaptations?

Alejandra Gonzalez: Overall, I think SALEM’S LOT is absolutely required viewing for horror fans who haven’t seen it. After discussing this with you, I’ve decided that the rural melodramatic tone in the first half allows SALEM’S LOT to cater to different kinds of viewers, therefore offering something for all kinds of movie lovers, not just horror fans. I think that it could have been executed in a more effective way, but that it contains so much value as the first of many King miniseries to come. Also, I think we should make a game out of how many King tropes we find in these miniseries. Do we take a shot every time a protagonist happens to be a writer? That’s one for now, but something tells me we’ll be dead by the time we explore the rest of these miniseries. That being said, I can’t wait to do just that! 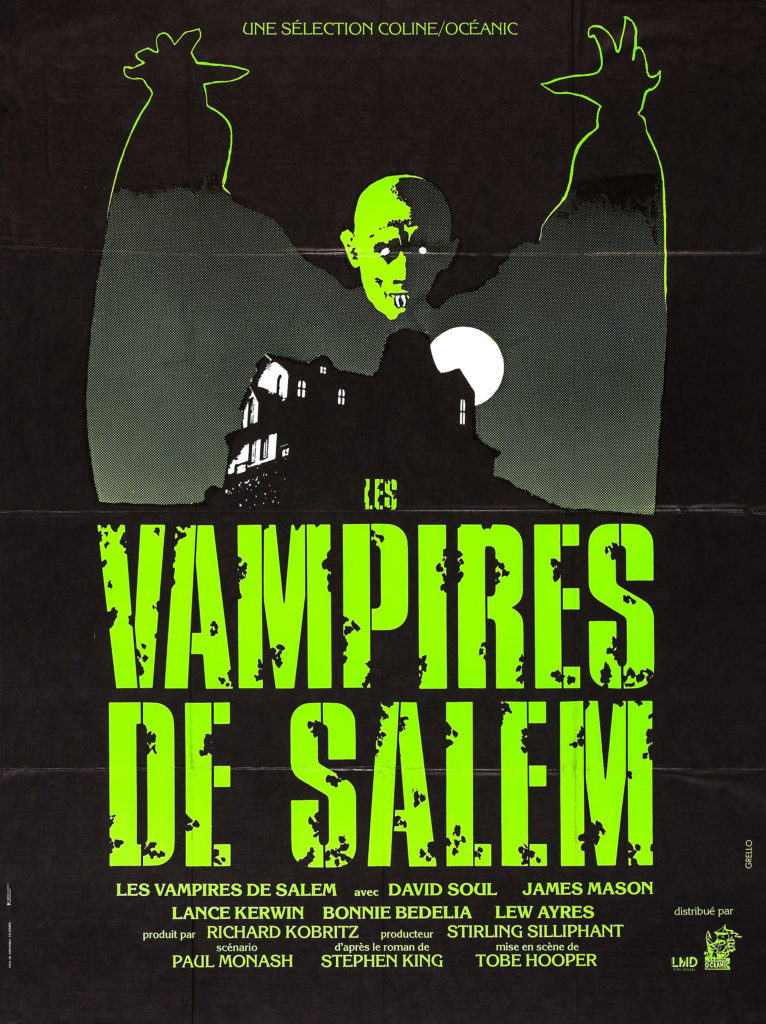 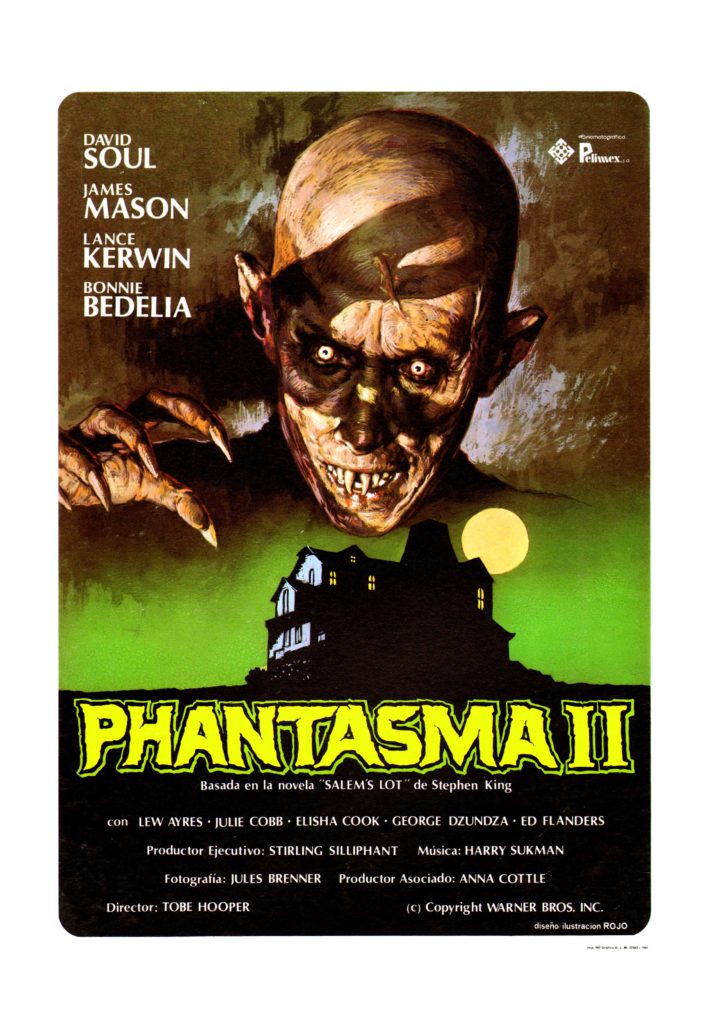 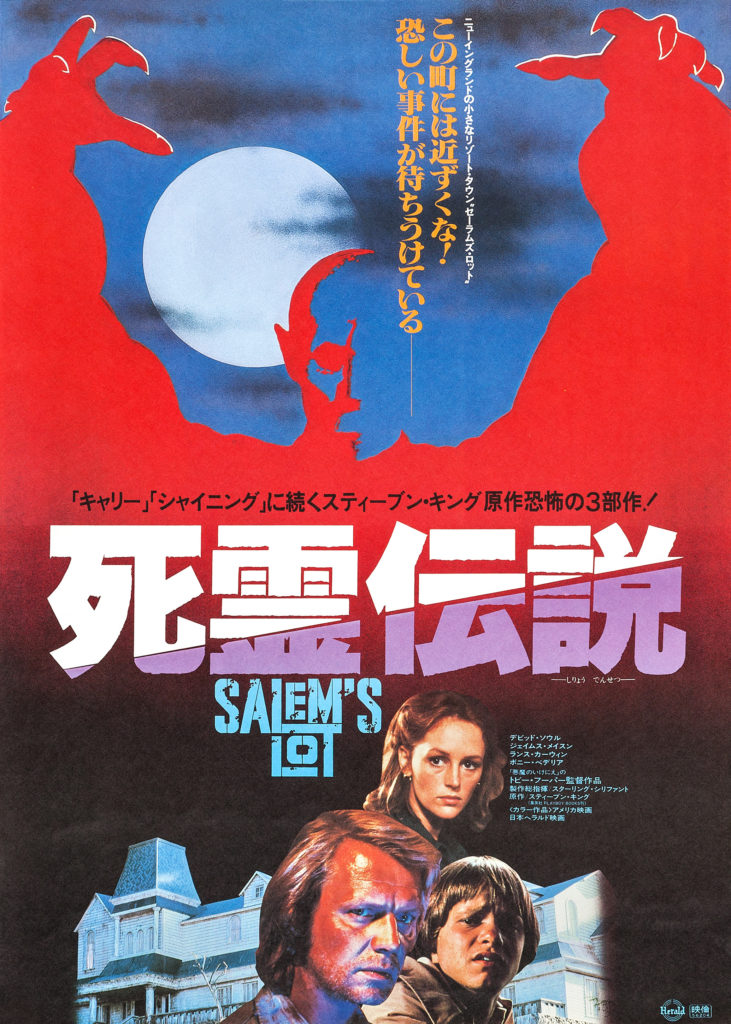