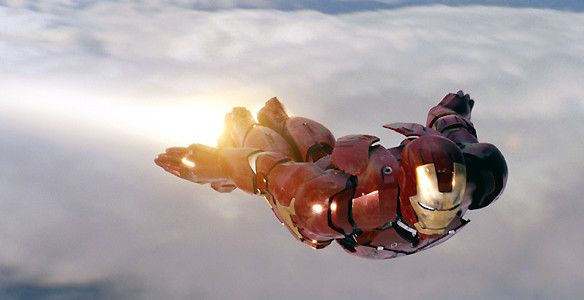 I make it no secret at all that I cannot stand the third IRON MAN film. It plays out as a direct sequel to the events in THE AVENGERS, yet is absolutely nothing like that film, in even the slightest sense. The mishandling of The Mandarin is not only a disservice to the well-known arch-villain, but it creates a plot hole regarding the terrorist organization that serves as an antagonist in the first film. Having an (almost) ten-year-old main character made me think I had been watching a bad ‘eighties film, in the vein of CLOAK AND DAGGER or LAST ACTION HERO. The film’s confounding conclusion of Tony destroying all of his Iron Man suits and having the arc reactor surgically removed made very little sense, and only added confusion when the character re-appeared as Iron Man in the next AVENGERS film. However, my greatest problem with the film will always be the mishandling of Tony Stark’s alcoholism that had been hinted at in the first two films, only to be ignored in the third. 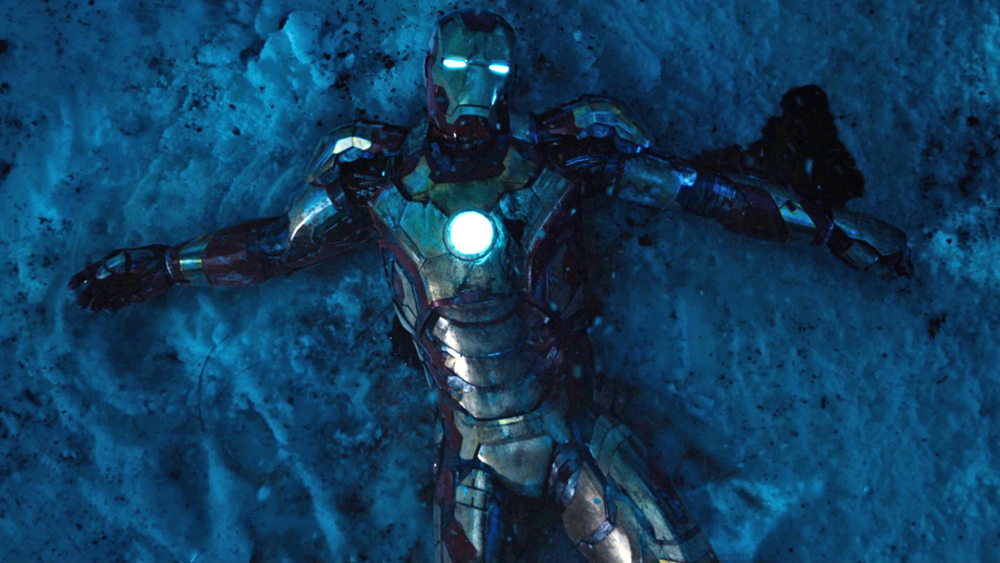 In 2006 director Jon Favreau cast Robert Downey Jr. in the title role of Tony Stark in Marvel’s first self-financed self-made film. Not only did Downey Jr. look like the character, but his story as a person was extremely similar to Tony Stark’s character arc in the Marvel books. I won’t get into the details, but Downey Jr.’s problems with addiction got to the point where it seemed as if his career was over. With a little help from his friends, and a whole lot of lifestyle changes on his own part, THE SINGING DETECTIVE (2003) and KISS KISS BANG BANG (2005) became his return to a career of even greater success. His performance in the music video for Elton John’s “I Want Love” is practically a testament of his newfound dedication to an art previously left behind by addiction. He was probably the perfect person to play Tony Stark. 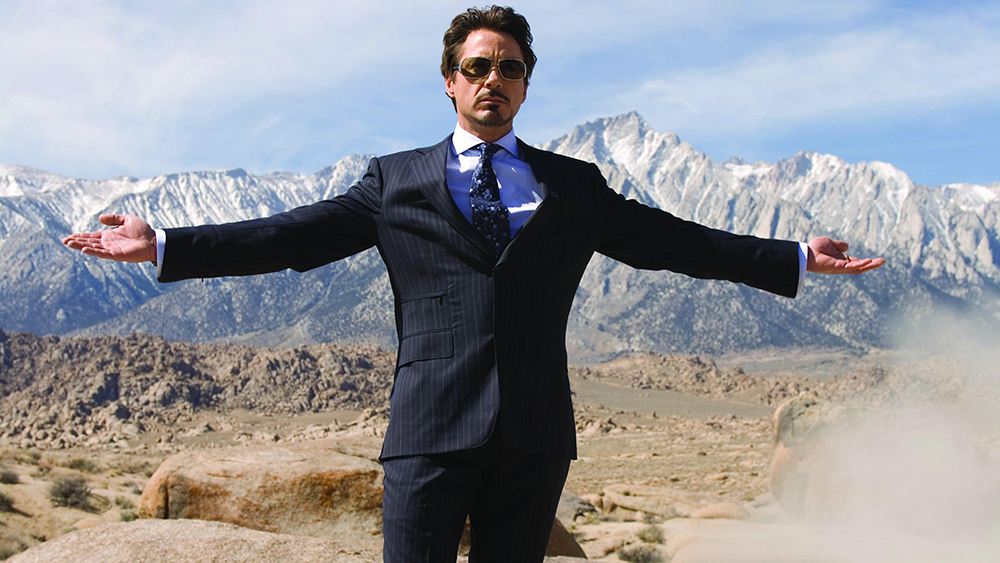 In March of 1979, Marvel Comics Group began a nine-issue storyline that gave Tony Stark a nearly unbeatable enemy in the form of alcoholism. After accidentally killing an ambassador due to a malfunctioning suit, Tony is sent on a downward spiral of addiction. He nearly loses his girlfriend, his butler Jarvis, and his leadership of the Avengers. The writers, David Michelinie and Bob Layton, were not trying to be relevant or ram a message down readers throats, yet the series added a defining aspect to the character. Tony Stark was no longer merely a millionaire who fights super-villains. It brought a sort of a weight to the character. Most of the major superheroes are defined by a tragedy that haunts them. Spider-Man lost his uncle. Batman lost his parents. Superman lost his entire homeworld. Now Iron Man had one as well, in the form of a whiskey bottle. IRON MAN 2 very loosely adapts elements of the “Demon In A Bottle” storyline, but for one reason or another, it had been taken no further. After one wild drunken party, Mr. Stark was suddenly alright. No struggle. No intervention. No withdrawal. No relapse. Tony Stark’s arc did not exactly mirror Robert Downey Jr.’s real-life arc. It seemed like a wasted opportunity to me. Nevertheless, the Marvel Cinematic Universe went on to greatness.

I noticed something the first time I viewed AVENGERS: INFINITY WAR. The cataclysmic event that ends the film had been the culmination of ten years of build-up and Tony Stark is somewhat the lead character in the series. When we first meet Stark at the beginning of the first film, he’s pretty much a borderline narcissistic playboy; a drunken gambler drifting through life on a large cushion of wealth, provided by his now deceased parents. He can’t even be bothered to accept a reward at his own ceremony. He can’t even remember that he was even having one. His future wife, Pepper Potts, is pretty much forced to watch him slut himself around with whatever supermodel-looking socialite that he can find, in a way that would make even James Bond himself cringe. He exists in a drunken haze, caring for no one but himself, oblivious to much of anything emotional, like a Bruce Wayne in reverse. It takes almost dying at the hands of terrorists to stop him from living in his own world. Even then, the journey ahead of him will show that the shrapnel slowly approaching his heart is much more than just a literal problem. 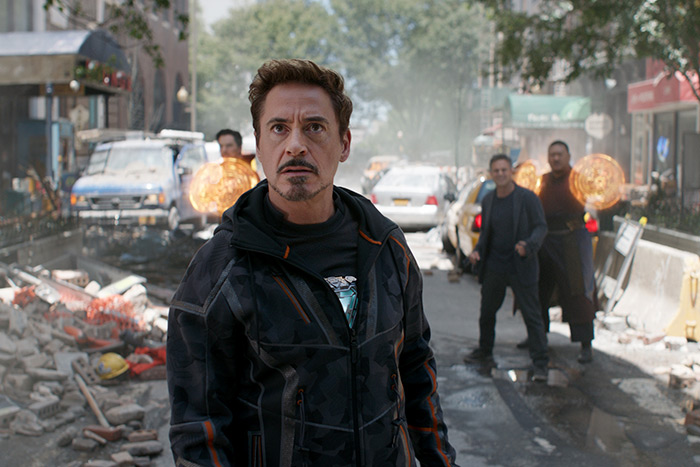 The invasion of New York in the first AVENGERS film weighs heavy on his soul. The post-traumatic stress that he deals with in the years afterwards makes it a wonder that he doesn’t hit the bottle in the way that his comic-book counterpart does. Instead, he becomes a changed man. At an earlier point in time, he refused to turn over the Iron Man technology to the United States government, stating that he and the suit are inseparable, and such a thing would constitute as slavery. By the time of CAPTAIN AMERICA: CIVIL WAR, he welcomed the intervention of the United Nations, much to the chagrin of just about half the Avengers. It was around that time when he took a very young and naive Spider-Man under his wing. I don’t seem to remember it ever being explicitly stated that he quit drinking per se, but it seemed that responsibility had become his new “drug.”

Then came Thanos and the Infinity Gauntlet. A sort of a living hell had been released upon the Earth and the rest of the universe, as half the population disintegrated before the eyes of everyone still living. Despite every good thing that Tony Stark had done, it now didn’t even matter anymore. Everything that he had fought for was now gone. Watching Spider-Man, his protégé, die right in front of him was simply heartbreaking. The look on Tony Stark’s face said it all. Iron Man had been given an important arc. It wasn’t quite the one in the books. It wasn’t quite the one I wanted. It was something more. Tony Stark went from a spoiled brat who cares only for himself, to something almost the opposite. He didn’t quite hit bottom in terms of his alcoholism. It doesn’t matter. He is a changed man. Hell, if they wanted to, they could still revisit that storyline in AVENGERS: ENDGAME. After seeing half the world’s population disintegrate right in front of your eyes, who wouldn’t want to have a drink, or ten?