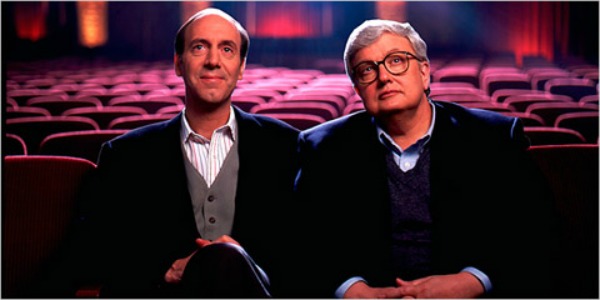 2013!  It’s almost over, and we can soon look forward to a time where the internet will be only 50% listsicles, instead of this week’s 90-95% that makes the entirety of your day resemble one big BuzzFeed article.  In the mean time, let’s take a look back at the ten biggest stories of 2013 that kept genre fans furiously checking their Facebook status for updates and outrage.

Every time the announcement is made with regards to the casting decision of an iconic role, the internet goes crazy.  “Ben Affleck is Batman?  That’s stupid, he’s no Val Kilmer.”  “Ed Helms as Detective Frank Drebin in a NAKED GUN remake?  What next, Peter Lupus as Nordberg?!”  “That lady from FAST & FURIOUS can’t possibly play Wonder Woman because boobs.”

In short, a lot of people had plenty of opinions about things that had yet to exist, followed by a lot of people having opinions about those people for jumping to conclusions.  For 2014, it may be easier if we waited until at least the first on-set pictures before forming judgment and reserving casting outrage for ridiculously bold decisions, like having Bruce Vilanch play Salome (because Vilanch wears glasses) or casting Taye Diggs as Captain Nazi in a SHAZAM movie (because there will never be a SHAZAM movie).

In 2013, people loved to watch horror and serial killers on TV, and it was more than just the dying spasms of Pay-TV stalwarts.  Sure, “Dexter” went out frothing with idiocy and “True Blood”’s viewers are now composed entirely of hate-watchers are bloody nudity aficionados (granted, this is still a larger audience than any episode of “666 Park Avenue”), but the real horror moved off of the premium channels and into the likes of SHARKNADO, “The Following,” “Hannibal,” “Duck Dynasty,” “Bates Motel” and “American Horror Story,” the last two of which provided a welcome return of grand dame horror roles, a trend continued by the upcoming FLOWERS IN THE ATTIC remake.  Hell, viewers even trudged through Eli Roth’s awful “Hemlock Grove” series on Netflix because it was there and easy binging material.

What’s coming in 2014?  Plenty of returning series and more remakes, including LIZZIE BORDEN and a serial that will answer all of the lingering questions from LOOK WHAT’S HAPPENED TO ROSEMARY’S BABY.  Can a TV-movie remake of SAW or a BLOOD DINER series reboot, reuniting the cast of “Alice” be far behind?  (Yes.) 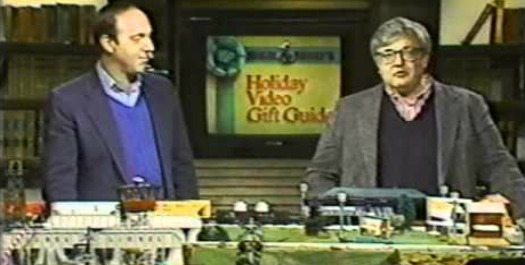 The death of Robert Ebert wasn’t just a huge blow for those that admired the BEYOND THE VALLEY OF THE DOLLS screenwriter.  It marked the end of the film critic as a pop cultural figure, as Ebert could be called the last icon of the film critics that everyone knew still working diligently to forward the cause of good cinema.  (Sure, there’s Rex Reed, but he’s more “bitch” than “film critic.”)

Ebert’s legacy of film scholarship lives on in many of those writing about film today, but it’s hard to imagine talking with a random stranger about the opinions of Keith Phipps or A.O. Scott, no matter how valid their writing may be.  Ebert marked an era where a film critic could be referred to on Sesame Street, and in the age of split audiences, it’s hard to see that it’s an era that could ever return.

It’s rather fitting, then, that in 2013, the geek mindset couldn’t decide on a thing that was good.  MAN OF STEEL, WOLVERINE, IRON MAN 3, STAR TREK INTO LENSFLARE, ENDER’S GAME, THE HOBBIT 2: TALIA SHIRE – all of them were big, loud, and ultimately kind of “meh.”  Sure, many received good reviews and had their share of defenders, but there wasn’t a DARK KNIGHT or a RISE OF THE PLANET OF THE APES or an AVENGERS to get behind.

Even generally solid films like PACIFIC RIM, YOU’RE NEXT or THE WORLD’S END felt like disappointments because, despite plenty of internet hubbub on the nerd circuit, they didn’t do the kind of business that made them feel “successful.”  Mediocrity reigned, and the more agreeable genre films didn’t reach a market beyond those that had an opinion as to whether or not Greedo shot first. 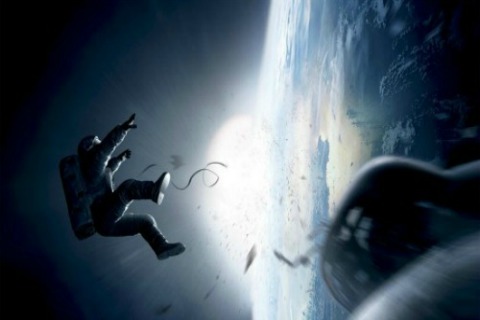 Oh, wait!  There was GRAVITY, the closest thing to a general interest genre success story that didn’t come from an existing franchise the world was predisposed to give a chance.  Sure, there are naysayers who were bothered by the fact that the film isn’t a 100% accurate documentary about the actual effects of space or that a flick about a woman getting over a huge loss has so many icky feelings in it, but for the most part, GRAVITY was embraced by all but the Sandra Bullock haters.

Which is great, as Alfonso Cuaron’s film is inarguably a great counterpoint to the spectacle films that have been dominating the summer blockbuster scene.  Still a spectacle, and a 3-D one at that, GRAVITY features a minimalist cast, a female lead, sincere drama and a story arc that doesn’t depend on the fate of the world being at stake.   More like this, please.  (See also: THE CONJURING, a solidly spooky PG-13 horror flick inexplicably released with an R rating that somehow managed to be a financial success.) 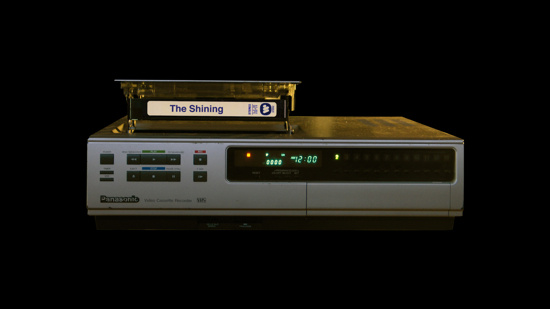 Blockbuster Video may have signaled the end of corporate video chains, but VHS fandom shifted into high gear in 2013.  Multiple documentaries emerged on the history of the medium and the collectors of it, Facebook groups composed of folks showing off their finds from closing stores, thrift shops and flea markets, and even YouTube added a ridiculous “VHS Mode” to celebrate the 57th anniversary of the VCR.  Heck, a whole franchise of “VHS-look” horror movies has even sprung up, even if the results are relatively tepid.

It is great to see so much appreciation for many films that may have made the VHS format their last stop in terms of legal distribution, even if that particular format is full of washed-out colors in an improper aspect ratio.  Word is, some of those collecting the tapes may even be watching the damn things.

4. The Resurrection of Chester Turner 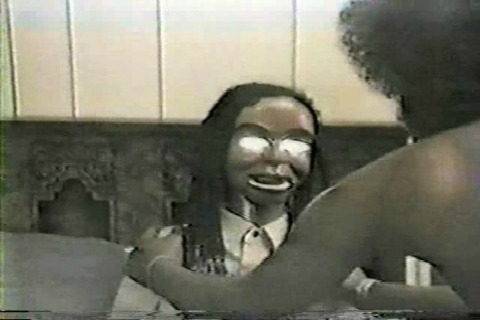 Certainly one of the best things to come out of the VHS re-boom has been the seeing filmmakers whose work had been obscure and, to their eyes, unloved for years finally get some notoriety, and nowhere was that more apparent than the case of Chester Novell Turner.  Internet rumors had long suggested that Turner, the writer/director/editor/composer of the shot-on-video cult favorites BLACK DEVIL DOLL FROM HELL and TALES FROM THE QUADEAD ZONE had perished in a car accident in 1990, taking the tales of his films’ creation with them.  However, some great sleuthing from VHS collector and Massacre Video head Louis Justin uncovered the man living in Chicago and brought him on the convention circuit, showing him that there was a solid fanbase for his weird, wild works.

We profiled his resurrection after talking to him at Cinema Wasteland, but who’d have any idea this time last year that the man behind a shot-on-VHS horror flick from the ‘80s would reach the pages of the New York Times?  Turner is currently at work on QUADEAD ZONE 2, and we’ll continue to follow his progress, but 2013 alone has been one hell of a ride.

3. The Return of Goblin

I’d be willing to bet that no American SUSPIRIA fan expected to see Italian prog band Goblin live, but that’s exactly what happened in 2013.  Making their first-ever American tour, excitement for actually being able to see Claudio Simonetti, Maurizio Guarini and Massimo Morant perform the music for DEEP RED ran high, and the band didn’t disappoint.  Thousands of fans made their way out to experience one of the most-anticipated concerts for genre fans ever, a once-in-a-lifetime experience that nobody walked away from with the slightest tinge of that they were seeing the iconic group in anything less than the prime form they’ve been at for decades.

There are so many words all over the internet, nobody should mind if you just borrow a few.  And yet, everyone got all upset when it was discovered that horror writer and Tarantino girlfriend Lianne Spiderbaby, had been using quite a bit of material from other writers when it came to putting down her own thoughts on paper.  Spiderbaby may have moved on, but the trend moved past the fringes and into the mainstream when Shia LaBeouf ripped off artist Dan Clowes, and then ripped off others when it came to his apologies.

The joke was on LaBeouf, because plagiarism was already old hat by then, as a politician had already done the whole plagiarism thing, thus making it lame.  The only question is, whose body did LaBeouf use for that Sigur Rós music video, and couldn’t he have afforded a more flattering one?

You want money for your genre project?  The fans have got it!  The art of crowdsourcing may have been co-opted by the likes of Spike Lee, Zach Braff and “Veronica Mars,” but there were still plenty of worthy smaller-budget genre flicks that used Kickstarter and IndieGoGo as a way to finish up their projects.  Sure, there were plenty of documentaries (like films on Weng Weng, poster art or the Garbage Pail Kids), but there were also the short films and new projects from the likes of Fred Olen Ray or MST3K’s Mary Jo Pehl that got additional financing through the kindness of strangers.

It didn’t always work out.  Projects from Stuart Gordon and Uwe Boll didn’t reach their goal, and while it’s a shame that Gordon’s NEVERMORE may take a bit longer to see the light, it does give me the chance to place the RE-ANIMATOR director and Uwe Boll together in one sentence.  In any case, the hilarious money beg for ATLAS SHRUGGED 3: GALTERNET LIFESTYLES succeeded, so we can look forward to the completion of most highly anticipated trilogy since “Crocodile” Dundee hit Los Angeles.