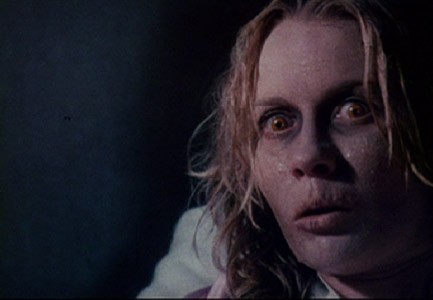 Just in time for Halloween, your pal the Creeper drops a trailer for the greatest horror movie of all time! Or at the very least, the trailer for an unconvincing Italian rip-off. Damn those fucking Italians! (Being from Sicily, I can say that. It’s racist code.)

In this rendition, the afflicted is Jessica – a devoted wife and mother of two, with another hatchling on the way. She leads a blessed upper-middle class life, until she realizes that said fetus is the spawn to the Father of Lies himself, Conway Twitty. Or Satan. One of the two.

The first half is decent. Scares are few and far between, but the family dynamic is hilarious. The kids are fairly twisted and have foul mouths, and both the mother and father are completely oblivious. Funny how it works like that. There are a handful of surreal moments that work, and Juliet Mills puts in a decent performance as the Devil’s Incubator.

Unfortunately, the second half of the film jumps ship. And the last quarter begins dog paddling for New Jersey, only to drown in the filthy depths of tedious cinematic mediocrity. Damn! All I lack now is iambic pentameter!

If you’re an exorcism aficionado (and honestly, who isn’t?), you could do worse than BEYOND THE DOOR. Paired with ABBY, it could even make for an entertaining evening with your pals. Just leave your brain at the door and stock the fridge with plenty of beer. Especially the second part. 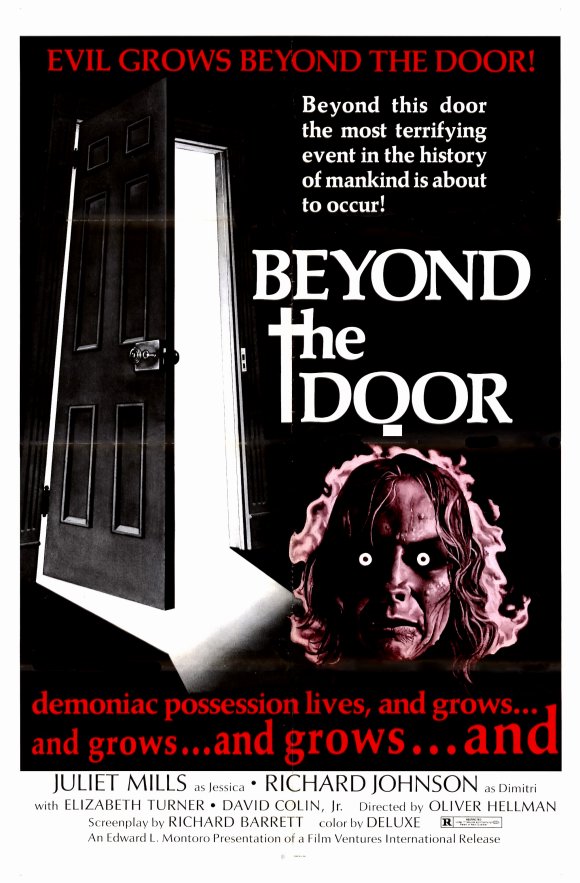