When Christopher Lambert goes to bed at night, he says a prayer to KARAZAN star Johnny Kissmuller Jr., without him we may not have HIGHLANDER: ENDGAME.

If you’re wanting to actually sit through this shit-box be warned, it’s a tough 90 minutes but still has it’s moments if you’re chemically assisted, drunk and/or both. It’s a nice double feature with FAR WARS, DEATH DISH, INDIANA BONES, and THE STENCH CONNECTION.

Changing names is nothing new, especially in Italian cinema. Kissmuller is actually Armando Bottin for instance. KARZAN director Demofilo Fidani is billed as Miles Deem but has also gone by Danilo Dani, Slim Alone, Dennis Ford, and Dick Spitfire on DJANGO AND SARTANA ARE COMING… IT’S THE END (1970).  Check and Mate. 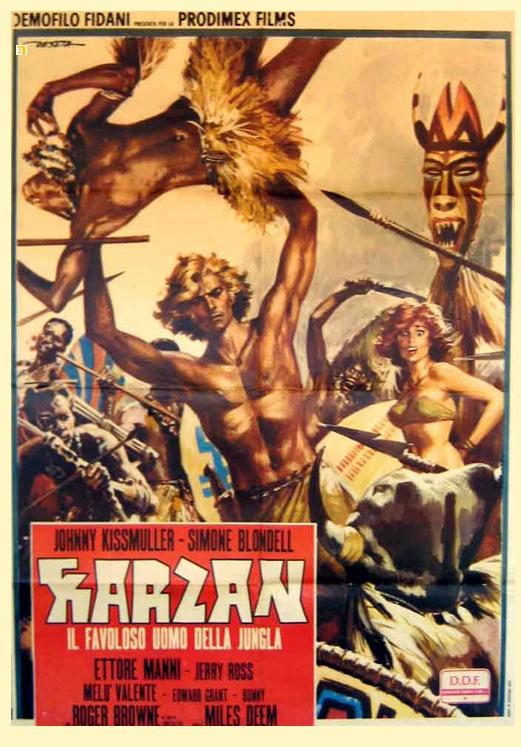