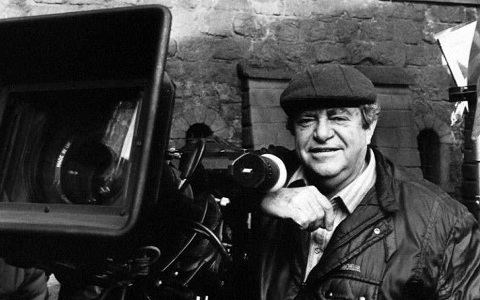 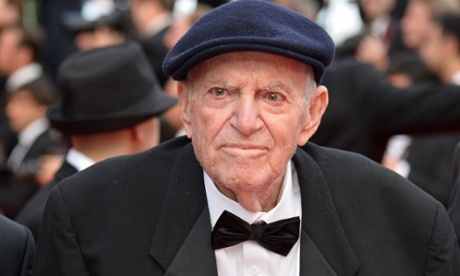 Exploitation film giant Menahem Golan passed away on Friday, August 8th at the age of 85. 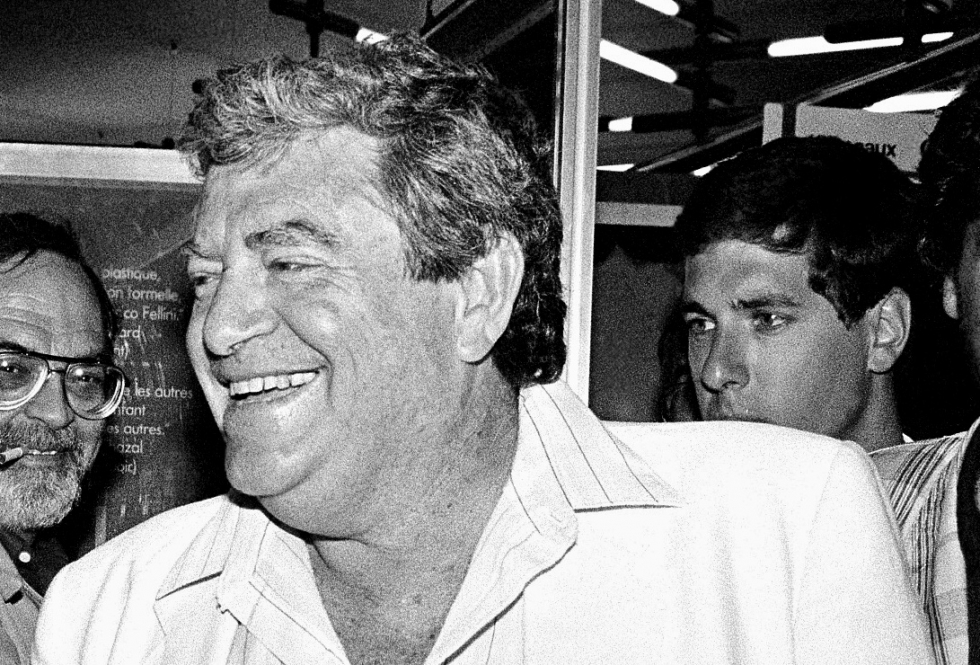 While I didn’t personally know the man, I feel like Menahem Golan was omnipresent in my life during the 1980s, through the hundreds of films he produced, wrote, directed, and distributed through the Cannon Group with his cousin and business partner Yoram Globus. While this is intended as an obituary/remembrance of Golan, it’s impossible to write about the man without focusing on his work with Globus and on the films and the company that brought him his greatest success. 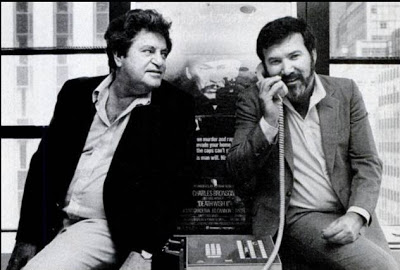 Years before I understood what a producer or director was, I understood what to expect from a film that bore the Cannon Group logo and featured opening credits that began with “a Golan-Globus Production.” When I saw those magical words appear, I knew there was almost always going to be action, violence, a good chance that Chuck Norris or Charles Bronson would star, and—most importantly to an adolescent boy in those pre-Internet days—the real possibility of some gratuitous female nudity. Even when I was too young to comprehend the idea of branding, the words “a Golan-Globus production” was already provoking a Pavlovian response in me that I still get when indulging in possibly brain-damaging cinematic junk food.

It seems overly reductive to compare Golan to Roger Corman, but the initial similarities are striking: both men wrote and directed their share of low-budget genre films and both became more well known as producers of artistically questionable films for specific markets (Corman for the drive-ins, Golan for home video/cable). Golan even briefly worked as an assistant for Corman. But where Corman always kept a firm grip on the budgets of the films he produced and became known as an incubator of talent, Golan and Globus quickly lost track of what made them successful and over-reached. But in their over-reaching, the pair turned out some of the strangest and most ambitious flops imaginable. 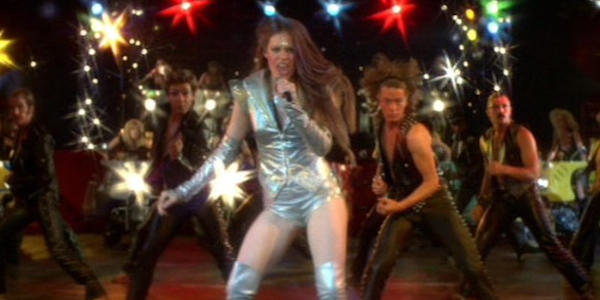 While films like the bizarre rock musical THE APPLE (which Golan also co-wrote and directed), Tobe Hooper’s space vampire epic LIFEFORCE, the Norman Mailer train wreck TOUGH GUYS DON’T DANCE, and Jean-Luc Godard’s insane adaptation of KING LEAR would not exist without the hubris of Golan and Globus, neither would surprisingly artistic fare like RUNAWAY TRAIN, LOVE STREAMS, BARFLY, or POWAQQATSI.

While I have grown to appreciate the give and take between the extreme good and the bad of the Golan-Globus empire, what I will always remember about their output is the nonstop stream of mostly mediocre genre films that filled video store shelves and still take up too many of my precious brain cells. These films all followed the same basic formula: star (usually Charles Bronson or Chuck Norris, occasionally Sylvester Stallone or Jean-Claude Van Damme) plus genre (some variation of an action film, occasionally sci-fi or horror) plus veteran director (paging J. Lee Thompson, Joseph Zito, Tobe Hooper, Michael Winner, Lance Hool, or Golan himself) equals a roughly formed series of scenes and action sequences that resemble a movie if you squint just a little. 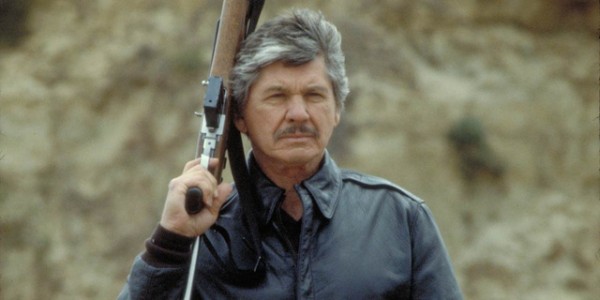 But the crazy and wonderful thing about those films is that even in their artistic bankruptcy and shoddy production values, they still provide unforgettable moments. From Richard Lynch’s Klaus Kinski-turned-up-to-100 portrayal of the villain in INVASION U.S.A. to the racist hysteria of KINJITE: FORBIDDEN SUBJECTS to pretty much the entire running time of DEATH WISH 3, there is a batshit crazy element in almost all the Golan-Globus films.

Even as their business model collapsed under the weight of the number of films they produced (IMDB lists 209 production credits for Golan, most of them of them through Cannon), Golan and Globus kept striving to compete with the major studios. They signed Sylvester Stallone to a (then record) $13 million deal for COBRA and OVER THE TOP, bought the film rights to SPIDER-MAN but were unable to ever get a film made using the character, and took over the SUPERMAN franchise, which resulted in the abysmal SUPERMAN IV: THE QUEST FOR PEACE. Combined with the Dolph Lundgren-starring MASTERS OF THE UNIVERSE, SUPERMAN IV crippled the company beyond the point of repair. While it limped on for two more years, the Cannon Group was eventually purchased and renamed Pathé Communications in 1989. Golan ended his decades-long partnership with Globus soon after. 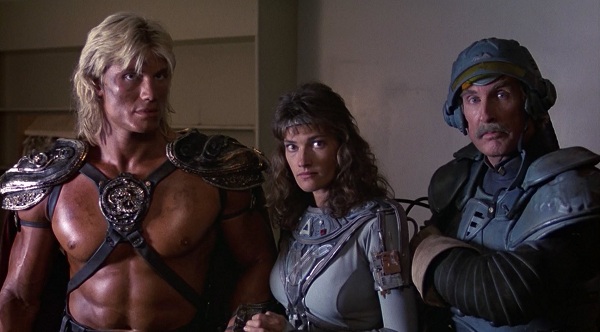 In the wake of the Cannon Group collapse, Golan formed 21st Century Film Corporation and produced films like DEATH WISH V: THE FACE OF DEATH, an adaptation of PHANTOM OF THE OPERA starring Robert Englund, a woefully under-budgeted 1990 adaptation of CAPTAIN AMERICA, and the surprisingly good Tom Savini-directed remake of NIGHT OF THE LIVING DEAD. But by 1994, 21st Century had also folded.

Following this setback, Golan eventually returned to his native Israel where he produced, wrote, and directed films well into his 70’s. Surprisingly, given his prolific work as a producer, he only wrote and directed his final film, a 2008 comedy called WEDDING AGREEMENT.

When news reached me of Golan’s death on Friday, I remarked that he had “gone to the big video store in the sky.” I don’t mean for that to sound flippant. I truly mean it as a sign of affection. The films he cranked out were—more often than not—cheap and pretty dire, but Golan was a force to be reckoned with in the film industry during a time when the major studios were making the same types of films with enormous budgets and not as much flavor. He was an old-school producing mogul in the style of Corman and William Castle and an important historical figure in genre filmmaking.