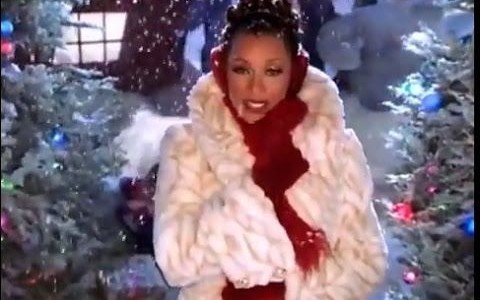 The Ghost of Christmas Yet to Come is an episode of Behind the Music. If you don’t remember VH-1’s Behind the Music, A DIVA’S CHRISTMAS CAROL (2000, Richard Schenkman) may not be for you. But it is definitely for us, the Gen-Xers who lost entire weekends to Behind the Music marathons, learning the stories behind one-hit wonders and men who owed their careers to spandex and Aquanet. But let’s not get ahead of ourselves. 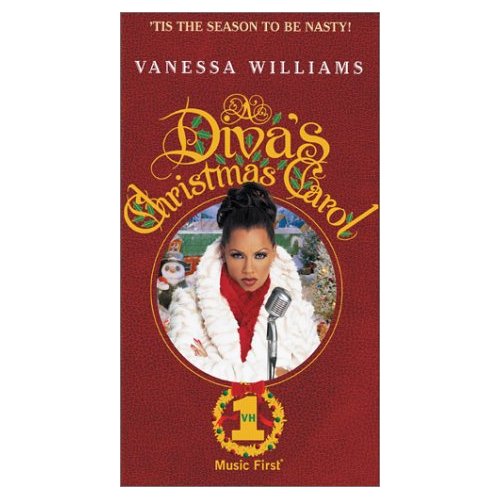 Despite hating the holiday, pop superstar Ebony (née Ebony Scrooge) is releasing a Christmas single because “Christmas is a marketing machine we cannot ignore.” Ebony started out as part of the trio Desire with her best friend Marli Jacob (Chilli from TLC) and Terry Freeman (Stephanie Biddle). This time out, Bob Cratchit (Brian McNamara) is her ex-boyfriend and tour manager. He comes with a wife (Linda Goodwin) and Tiny Tim (Joshua Archambault), so his relationship with Ebony is just part of her backstory. 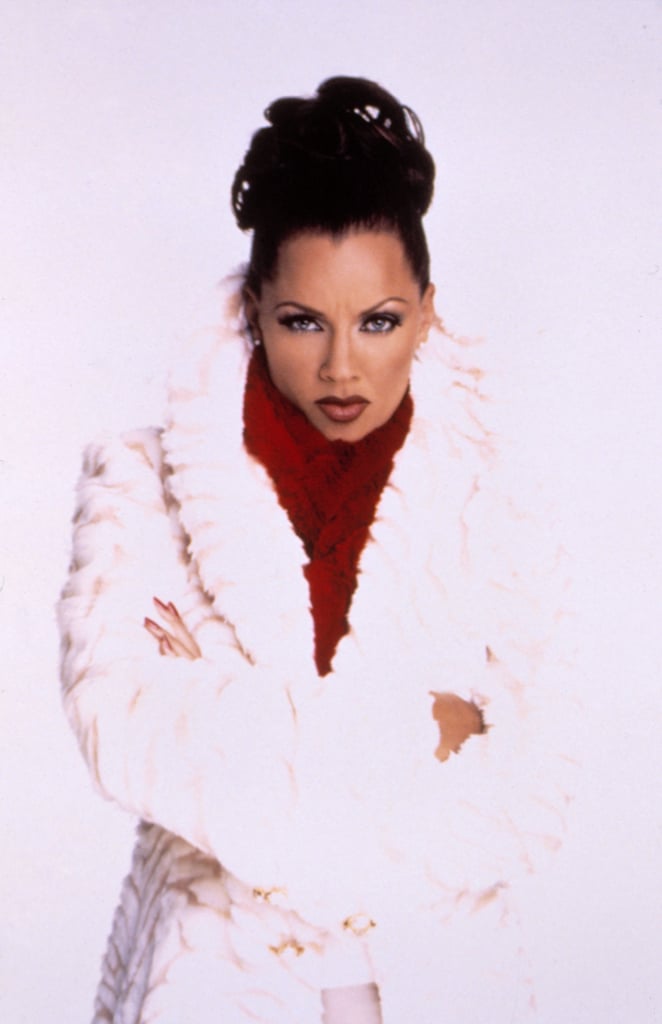 Ebony treats her crew like garbage, and announces a last-minute Christmas Day charity concert in New York, forcing them all to cancel their Christmas plans. Of course, the whole reason for the concert is that Ebony needs money, so she plans to screw over the charity by deducting costs from the take. Catch you next Tuesday, Ebony! This is the last straw for the powers that be, and Ebony is visited by the ghost of Marli Jacob on Christmas Eve. And you know the rest.

The Ghost of Christmas Past (Kathy Griffin) takes Ebony back to New Jersey, where we learn that her father was an abusive alcoholic. The Ghost of Christmas Present (Duran Duran’s John Taylor), shows her the havoc she’s wreaked on the lives of the Cratchits and everyone else in her life (except the lawyer who is stealing from her). There is no actual Ghost of Christmas Yet to Come. The TV in her suite turns on and shows Ebony the Behind the Music episode made after her death, where she finds out all of the usual things Scrooge finds out in this scene. Instead of falling into her own grave, Ebony is sucked into the television, which is showing a picture of her headstone. Naturally, Ebony sees the light, and we’re all destined to have a better tomorrow. Or something. 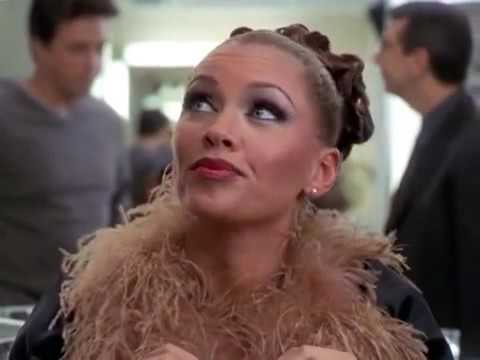 Williams is fantastic as Ebony. She’s obviously believable as a late-1990s R&B star, but who knew she had such a flair for comedy? McNamara — who has appeared in pretty much every procedural since Murder, She Wrote — is also terrific as Bob Cratchit. It was a smart move making Cratchit Ebony’s ex-boyfriend (director Schenkman also wrote the teleplay). Having genuinely cared about her at one point in his life explains why he’s stayed with her for so long. And that’s clear in McNamara’s performance.

A DIVA’S CHRISTMAS CAROL was a helluva nostalgia trip for me. At least, that how it plays today. Fortunately, it also holds up as a solid and very funny TV movie. VH-1 could so easily half-assed it with a Lifetime script starring former sitcom sidekicks, but they really brought it this time. See kids, it was relevant once!

— This version is the only Christmas Carol so far where Scrooge at first thinks she’s being visited by the Ghost of Christmas Presents.

— When Ebony sees her tombstone on television, she’s horrified that it bears a quote from “The Wind Beneath My Wings,” and not one of her own songs.

And Speaking of Divas… 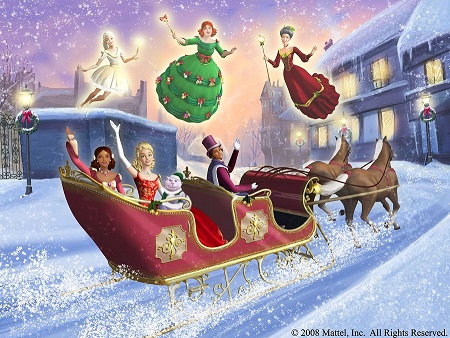 The animated BARBIE IN A CHRISTMAS CAROL (2008, William Lau) is a bit of a misnomer. Barbie (Kelly Sheridan) is not in A Christmas Carol. Rather, she tells her little sister Kelly (Amelia Henderson) “a story about the beauty of Christmas.” In Barbie’s version, Eden Starling (Morwenna Banks), “the most famous singing star in Victorian England… is beautiful, talented, and incredibly full of herself.” Just like Carol Cartman in A CAROL CHRISTMAS, Eden was raised by a pushy stage aunt (Pam Hyatt), who taught her “In a selfish world, the selfish succeed,” which is really closer to Miss Havisham than the Jacob Marley role Aunt Marie fills, but I digress. BARBIE IN A CHRISTMAS CAROL isn’t great, but lower your expectations and it’s campy fun. Pop an edible and it’s probably a work of genius. There are some nice touches here and there. Future Eden is penniless, but she still wears her gown, now patched and torn. I believe a product tie-in was planned, but Riches to Rags Barbie (™)  was scrapped at the last minute, the designer undoubtedly fired on Christmas Eve.