SCROOGE (1951, Brian Desmond Hurst, released as A CHRISTMAS CAROL in the US) is one of the best and most cherished films of A Christmas Carol ever made. Gene Shalit says so on the back of the Blu-Ray case, and Leonard Maltin agrees in his filmed introduction. And whaddya know, they’re right! 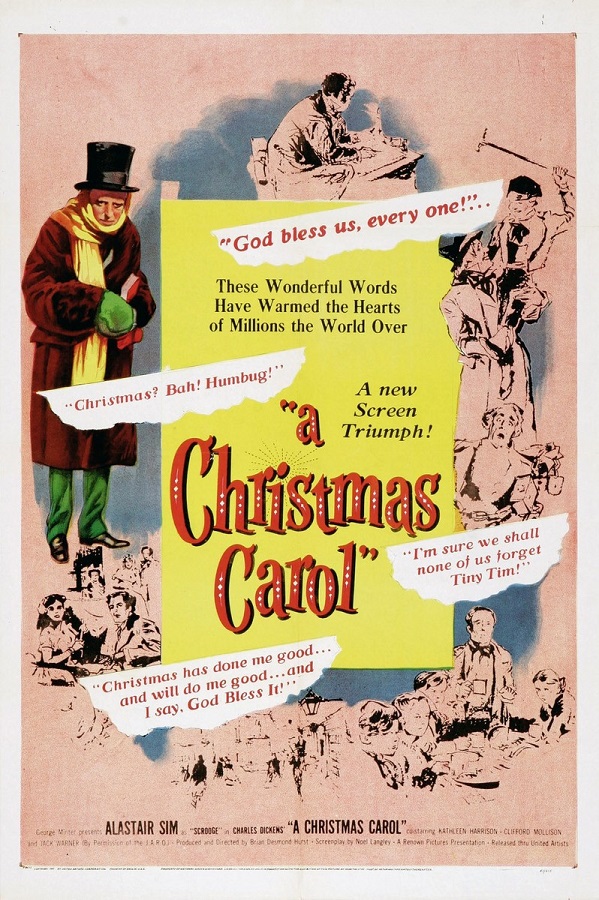 Everything about this SCROOGE works. adaptation. And it’s clear to see why: the filmmakers trust the material. The film simply tells the story, without layering on any cheap holiday sentiment. This is very true of Alastair Sim’s marvelous performance as Ebenezer Scrooge, easily the highlight of an excellent production.

Sim delivers lines like, “If [the poor] would rather die, they had better do it and decrease the surplus population,” with the conviction of someone who is never wrong, and a tone that conveys nothing more than impatience. Even when he’s visited by the ghost of Jacob Marley (Michael Hordern), his reaction is terror tempered by petulance. His transformation on Christmas morning is a pure joy to watch. Sim inhabits the role as few others ever have or will.

The screenplay by Noel Langley follows the novel faithfully, but some unique touches have been added:

— Ebenezer’s mother died giving birth to him, and his father has never forgiven him for her death (Fan is made Ebenezer’s older sister to accommodate this change).

— Fan also dies in childbirth, delivering her only child, Fred. Her final wish to Ebenezer is that he take care of her son, but a predictably unself-aware Scrooge blames Fred for Fan’s death.

— Jacob Marley’s death is shown. His final words to Scrooge are repentant, but too little, too late for Old Man Marley.

— The Spirit of Christmas Present takes Scrooge all over the world in the novel, showing him people suffering who still maintain some kind of Christmas spirit. In SCROOGE, Ebenezer sees Alice, his ex-fiancée (name changed from Belle), tending to the poor, a theme that would be explored in more depth in SCROOGED (1988).

And one final thing. At the end of Marley’s visit, he tells Scrooge of the phantoms like himself. Spirits that wander the earth in eternal remorse for the selfishness they displayed in life, tortured by the sight of those in need and unable to help them.* He shows Scrooge to a window, where he witnesses this: 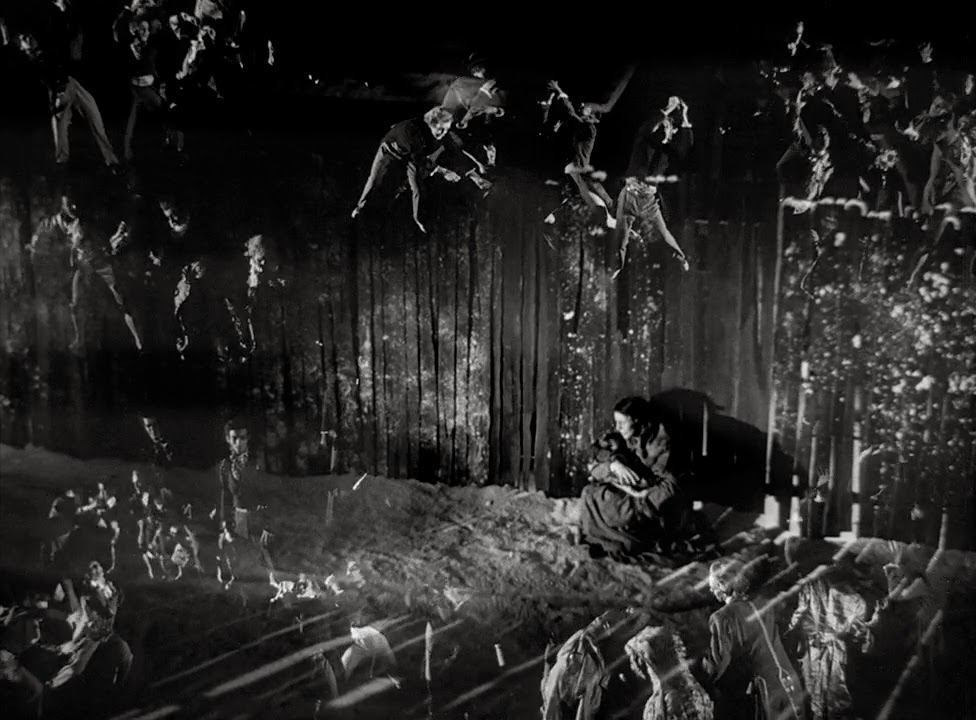 It’s the most striking image in the film. Marley soon joins them as Scrooge watches in horror at what may lie in wait for him.

And Speaking of Alastair Sim…

Sim returned to the role of Ebenezer Scrooge by lending his voice to an animated television adaptation of A Christmas Carol in 1971. The special went on to win the Academy Award for Best Short Subject, Animated Films in 1973. This Christmas Carol is the work of two giants of the animation field, directed/producer Richard Williams — who would go on to win two more Oscars for WHO FRAMED ROGER RABBIT?** — and executive producer Chuck Jones. 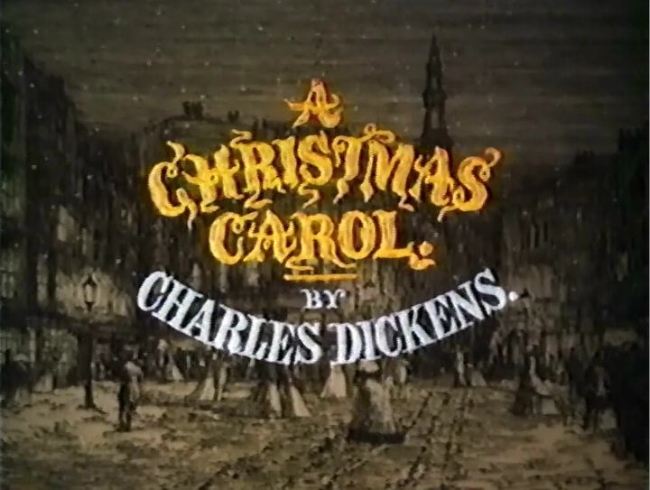 The short manages to cover the entire novel in 25 minutes, including a handful of scenes that don’t make it into most feature-length adaptations. Williams’s A CHRISTMAS CAROL is animated storytelling at its finest, achieving the perfect synthesis of visuals and narrative. It’s on YouTube and is absolutely worth your time:

*This is also the plot of the series Angel.