Is there any more consistently popular movie villain than the Nazi? Began with the horror and exploitation films of the 1970s with stuff like ILSA: SHE WOLF OF THE S.S. and SHOCK WAVES, Spielberg and co. picked up the ball and ran with it by choosing them as the primary villain in not one but two INDIANA JONES movies in the ‘80s, and the trend continued to the present, mostly in the horror genre. (It’s hard to make a comedy about Nazis, unless you’re Mel Brooks or John Landis.) Nazi Germany’s atrocious part in history almost demands that their presence be treated with seriousness and sincerity, out of respect for the millions of lives lost, even if the movie that surrounds them is completely ridiculous. Occasionally, these Nazi-and-monster hybrids turn out to be pretty good, like 2018’s OVERLORD, 2013’s FRANKENSTEIN’S ARMY, and 2001’s obscure franchise starter THE OUTPOST, but sometimes they’re pretty terrible, like whatever the PUPPET MASTER series has been up to lately. In the middle of those extremes lie a pretty wide swath of very okay offerings, which can be found clogging up every streaming service there is (THE DEVIL’S ROCK, WAR OF THE DEAD – I could go on and on). Existing among them is Justin Dix’s BLOOD VESSEL. 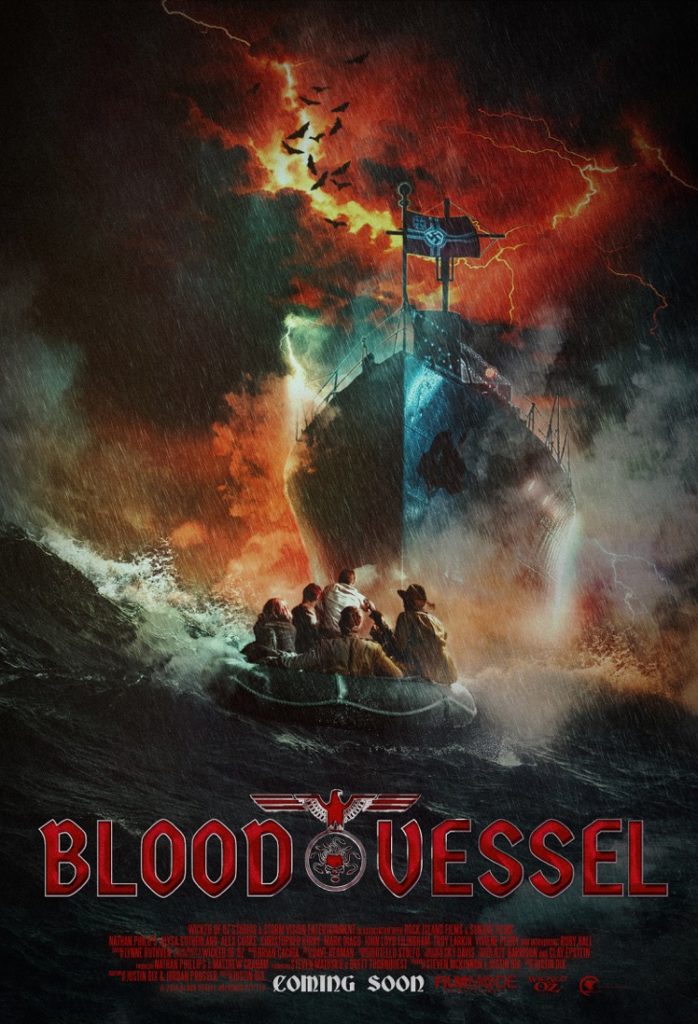 A hodgepodge of GHOST SHIP, (and DEATH SHIP), 30 DAYS OF NIGHT, ALIENS, and a tiny bit EVIL DEAD, BLOOD VESSEL opens with a group of military personnel stranded in a lifeboat in the middle of the Atlantic Ocean. Among them are Sinclair (Nathan Phillips, SNAKES ON A PLANE), an Australian soldier and former prisoner of war; Jane Prescott (Alyssa Sutherland, VIKINGS), a British medical officer; Alexander Teplov (Alex Cooke, PREACHER), a Russian sniper; Jimmy Bigelow (Mark Diaco), your Ed Burns-ish yank soldier from Brooklyn or Queens or whatever sounds the most New York; Lydell Jackson (Christopher Kirby, IRON SKY – another Nazi horror thing), a Navy cook; Gerard Faraday (John Lloyd Fillingham), British intelligence; and Captain Malone (Robert Taylor, KONG: SKULL ISLAND). After spending an unknown amount of time stranded at sea, they hitch a ride on a passing Nazi warship and climb on deck to see that the ship appears abandoned. After doing a little investigating, they find a little Romanian girl named Mya (Ruby Isobell Hall), a creepy journal of incantations and drawings, an ancient coffin chained shut, and a whole lot of dead Nazis. If you’ve ever seen a horror movie in your life, you… probably know what happens next. 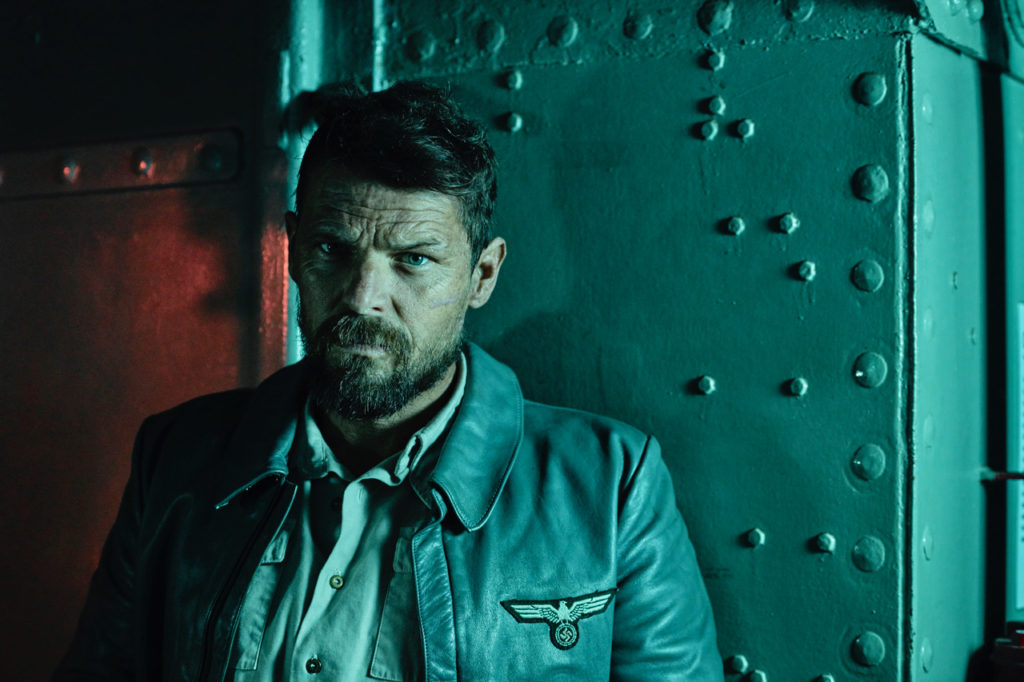 At no point does BLOOD VESSEL feel like something unique or groundbreaking, even though it tries to freshen the ingredients by exploring underseen dynamics in World War II-era movies. Phillips, a native Australian, plays an Australian soldier, to which Bigelow’s smarmy New Yorker says, “I didn’t even know you people were fighting this war,” and in a modern cinematic rarity, Cooke’s Russian soldier is a good guy. Beyond that, BLOOD VESSEL soon becomes your fairly standard vampire flick as each survivor falls victim to the bloodsucking scourge. (And may I quickly editorialize by saying Dix really missed the boat, forgive the pun, by failing to name his movie NAZIFERATU – no forgiveness required for that pun.) There’s nothing inherently wrong with BLOOD VESSEL, and it’s perfectly entertaining in that superficial Hollywood-ish kind of way, but there’s something about it that prevents the audience from fully engaging in the conflict or sympathizing with the characters. Phillips’ Sinclair vies to be the typical hero type with Man With No Name/Snake Plissken vibes, and it mostly works, although the script occasionally does him a disservice and neutralizes some of his swagger. (On the tail end of his explaining that he was a P.O.W. for three years, he shows off a picture of his wife and talks about how she was told he was killed in action and she’d since remarried and had a baby…but how does he know all this if he was locked up for three years?) Each character is given a “thing” to offer them forward action, but most of their motivations feel more like convenient contrivances than anything that lends the movie context. Bigelow’s a dick so he does dick things, Prescott’s a medical officer so she keeps offering to take people to “sick bay,” and Faraday is British intelligence, which means he never saw real combat, which means he’s a worm and acts fragile and wormy the whole time. Dix works well with his obviously limited budget, putting most of his resources into the good-looking practical effects and wisely falling back on visual trickery only when it’s called for. There’s a sense that everyone involved is doing their best with the material while also not taking things too seriously, and that derives in BLOOD VESSEL’s biggest success. 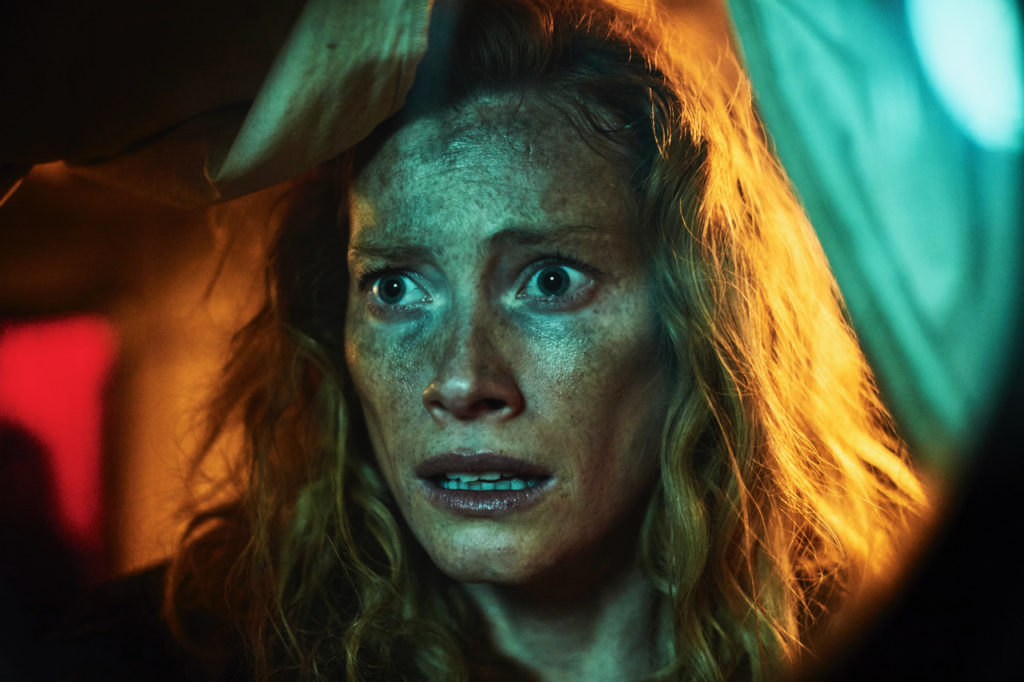 BLOOD VESSEL doesn’t have the budget or scope of OVERLORD, the creepiness of THE OUTPOST, or the ingenuity of FRANKENSTEIN’S ARMY, but it’s definitely worth seeing if you’re up for some comic book-styled B-movie horror. The acting ensemble is mostly capable (even though everyone botches the accents they’re going for), there’s a fine amount of blood and grue, and the Nazis-meet-vampires concept is certainly a twist on the formula, even if it unfolds the same way that other monster movies tend to do. You won’t come away saying BLOOD VESSEL is a new favorite, but it definitely sucks in the good way. (Best pun you’ll read all day.) 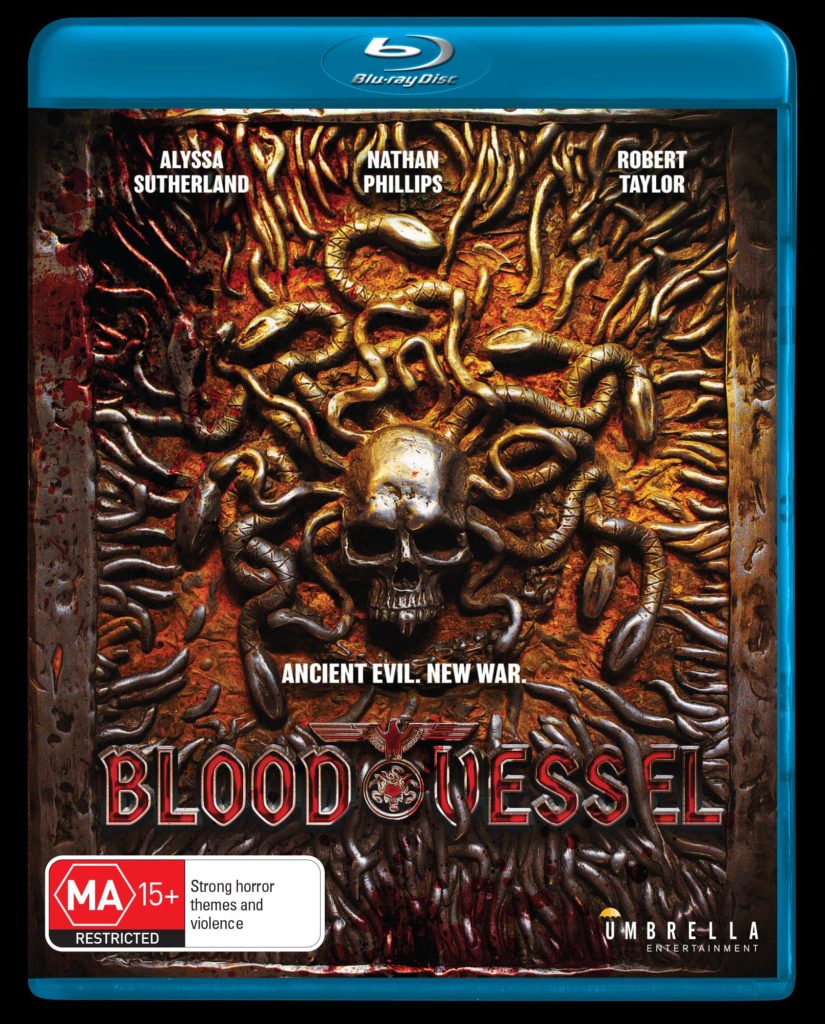 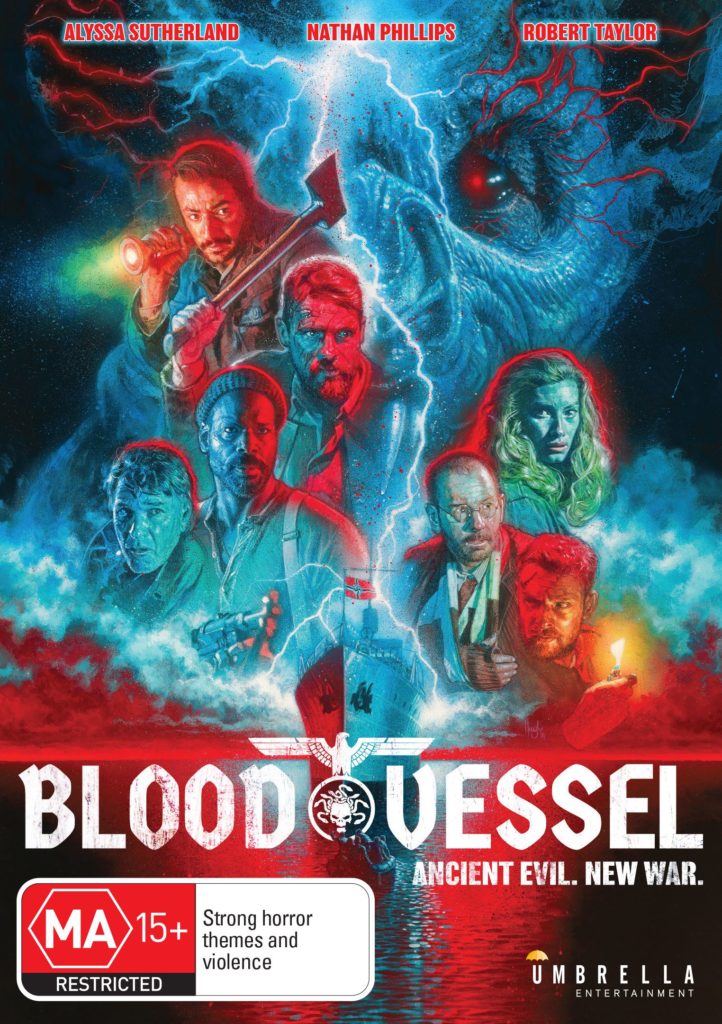 BLOOD VESSEL is now available on region free Blu-ray from Umbrella Entertainment, which you can purchase directly from their website. 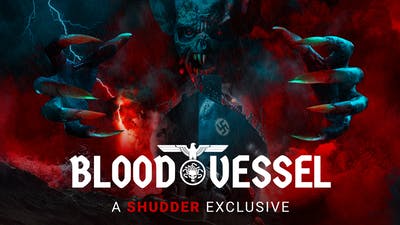