The rarely-heard Doctor Strange radio program from 1970 is currently available – at least until February 1. 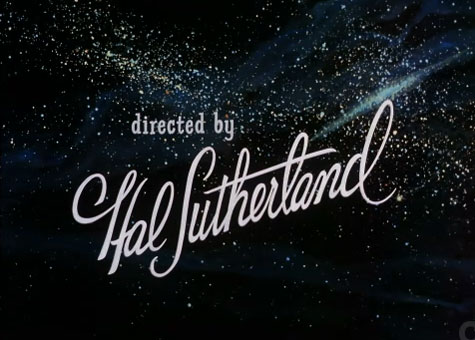 Animator Hal Sutherland, who worked on countless Filmation properties including “The Archies,” “Superman,” “Fat Albert” and “Star Trek,” has passed away at 84.

Jim Jacks, producer of THE MUMMY, A SIMPLE MAN, DAZED AND CONFUSED, HARD TARGET and TOMBSTONE, has died at 66.

B-Fest is this weekend in Evanston, Illinois.  This year’s line-up includes MEGAFORCE, LIFEFORCE and several other flicks that do not contain the word “force.”

David Lynch talks about the “Twin Peaks” Blu-Ray set, and dismisses rumors of a “Season 3.”

Paramount will no longer be releasing movies on film.

“M*A*S*H” and SMALL KILL star Gary Burghoff has the best feed on Twitter.

If you’re in Utah, be sure to check out Trent (RUBIN & ED, THE BEAVER TRILOGY) Harris’s exhibit of movie props at the Utah Museum of Contemporary Art.