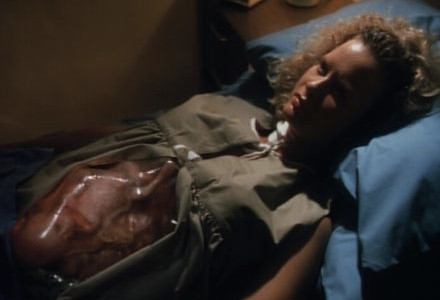 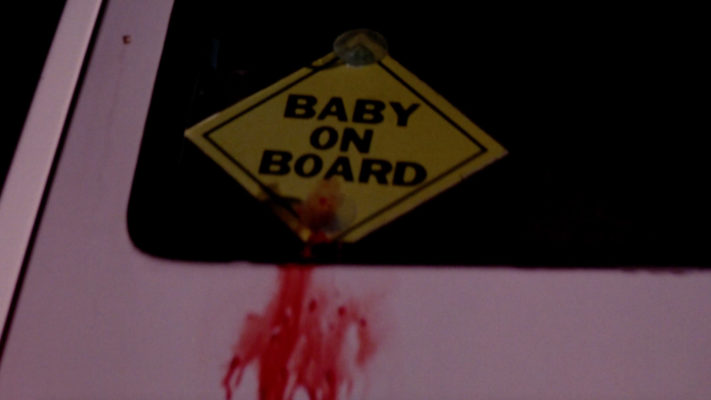 THE UNBORN feels like Brooke Adams lost a bet with her agent and had to take on the weirdest, yet most derivative script they had on their desk at the time, but was given the stipulation that she had to put her heart and soul in her performance. That, or she just needed the job. Either way, it is both inspiring and disheartening to see one of the most underrated never-quite-hit-stardom actors giving such a go for broke performance in a trashy little B-movie that doesn’t deserve such a gift.

Virginia (Adams) and Brad Marshall (Jeff Hayenga) are a successful couple just on the wrong side of the age where getting pregnant becomes more difficult. They have tried to conceive in the past, resulting in miscarriages and fertility doctors have told them that it is impossible for them to have a child. But when they are recommended to Dr. Meyerling (James Karen), yet another fertility specialist, by one of the associates at Brad’s law firm, they are assured by the good doctor that he can indeed help them to conceive. But if decades of watching horror movies have taught me anything, it is not to trust a smiling scientist who claims to have a “new way” of making things happen that nature does not allow—especially if that scientist is played by a veteran genre character actor. 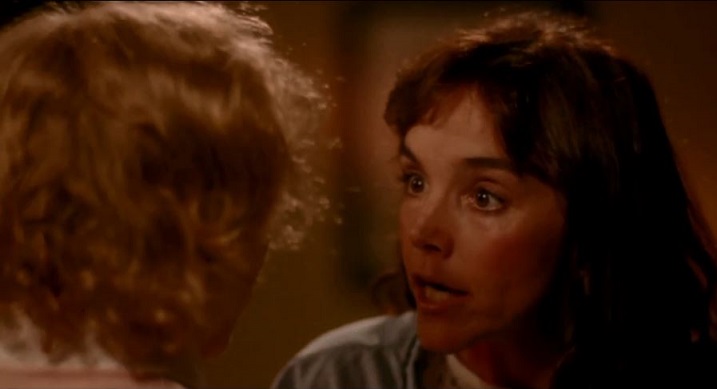 Meyerling is as good as his word. Virginia quickly gets pregnant but the couple’s joy is undercut by the fear that the baby might genetically inherit her depression (which she has been battling her whole life, even being committed to a mental hospital for a time) or her mother’s alcoholic tendencies. Brad assures Virginia that she is simply being paranoid when they should be celebrating, but things quickly go sideways as tragedy strikes the family of the associate that referred Brad to Meyerling and Virginia continues to unravel, trusting no one and becoming convinced that the child she is carrying is not really hers.

In the longstanding “pregnancy is the ultimate horror” subgenre, THE UNBORN falls well shy of the high water mark of Larry Cohen’s IT’S ALIVE, landing somewhere along the same plane as Brian Yuzna’s PROGENY. But Rodman Flender’s film would be largely forgettable if not for an honestly fearless performance by Adams. 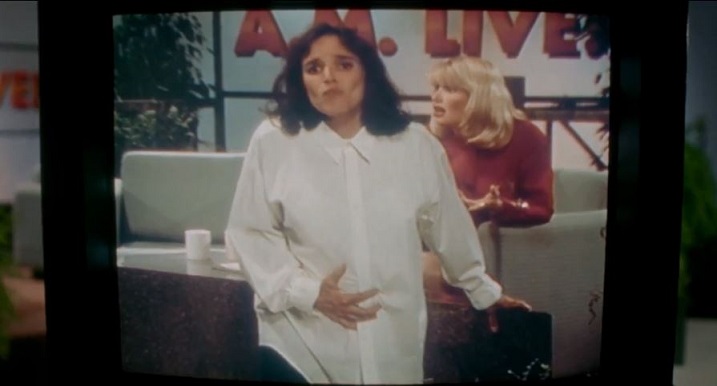 Adams gives Virginia a wonderfully sardonic edge in the early scenes that really ground the film for much of the first two acts. Her self-deprecating sense of humor when it comes to her past struggles with mental illness and the way she laughs at the more absurd birthing ideas of a new-age lesbian couple (Kathy Griffin, Wendy Kamenoff) really put the audience on her side. Even Virginia’s late film slide into severe paranoia and possible madness is mixed with a steely resolve that Adams sells without winking at the camera.

For a film that revolves around the possibility that a mad scientist is impregnating women with experimental fetuses, THE UNBORN is oddly listless at times. Even with an increasingly weird and bloody third act that includes a pregnant woman stabbing herself in the stomach, a person beaten to death with a hammer, a knitting needle stabbed in an eyeball, and more exploding fetuses than you can shake a stick at, the film feels drained of energy when it should be charging forward on over-the-top momentum. 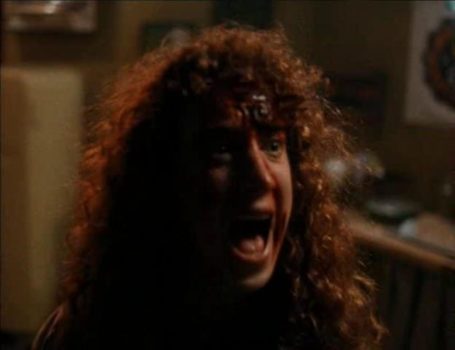 Part of the problem comes from the flat direction by Flender. Then again, most of the decisions Flender makes seem to be born of the very low budget with which he is working. Aside from Adams and the always reliable Karen, the cast largely phones in their performances in sequences that seem to consist of nothing but standard master, medium, and close-up coverage cut together without much wit or energy (not surprisingly, this was Flender’s feature directorial debut). Cinematographer Wally Pfister (who would go on to work with Christopher Nolan) tries to light the obvious sets in a way to give the film a bigger feel, but even the future Oscar-winner is unable to hide just how little money the production had to properly dress the sets to look like anything other than model homes and an empty warehouse converted to lab spaces. 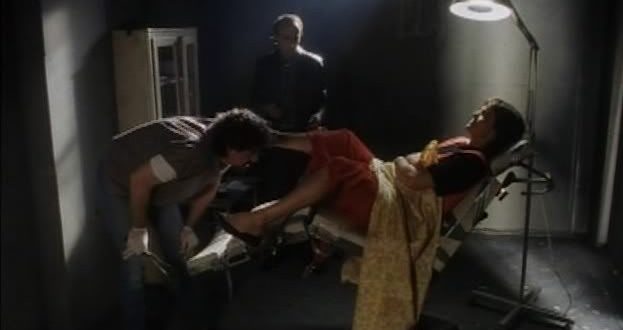 Despite how uninspired I found much of THE UNBORN, it manages to stay just on the watchable side of the ledger. Adams’ performance has a lot to do with that, but also the thoroughly weird twists in the script by John Brancato and Michael Ferris (credited together under the alias Henry Dominic) and a nifty synth score by Gary Numan and Michael R. Smith.

Given a short, largely forgotten theatrical run in 1991, THE UNBORN seems an odd candidate for a 2K scan of the original film elements, but that is what Scream Factory has given it. Considering how low budget the film was, it is not surprising that the scan looks rough in places, but overall, I can guarantee this is the best it has looked and sounded since it was in theaters. 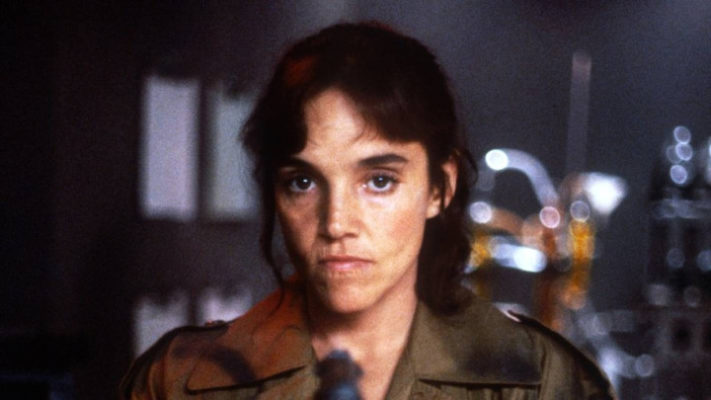 Aside from the theatrical trailer, the only special feature is a brisk, entertaining commentary by Flender and his contemporary at Roger Corman’s Concorde-New Horizons Pictures, Adam Simon (director of such Corman productions as CARNOSAUR and BRAIN DEAD). The commentary quickly becomes a remembrance of the filmmakers’ time working for the famously frugal Corman and how they learned far more from working on his low-budget productions than they did in film school. Both Flender and Simon have gone on to long, respected careers in film and television (Simon achieved a meta level of fame playing a hyper-annoying version of himself pitching a film to Tim Robbins’ scummy studio exec in the long opening shot of Robert Altman’s THE PLAYER, leading to the line of dialogue, “Who let Adam Simon on the lot?” I have to wonder if that question has followed him around during his long Hollywood career.) so clearly they took to heart the lessons they learned from their time in the low-budget indie trenches. 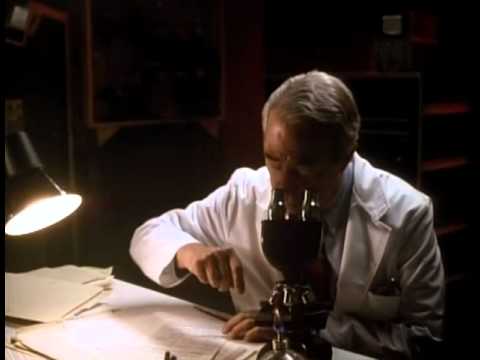 I cannot say that THE UNBORN is a must own Blu-ray for horror fans, but it should be of interest to fans of Adams or for Corman completists. At the very least, there are some bonkers plot twists and it is interesting to briefly return to a time when low-budget horror films were still shot on 35mm film and received theatrical releases. It is astounding when you stop and think about how much the industry has changed in just under thirty years.

THE UNBORN is available on Blu-ray today from Scream Factory. 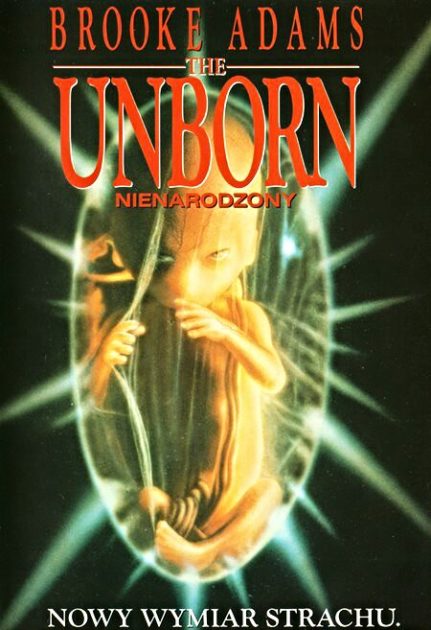