More often than not, death becomes a major theme in the horror genre. What could actually be more frightening than the unknown? And death is the ultimate unknown in the unknown departement. Rather than focusing on what could possibly exist beyond the realms of death, the majority of horror often deals with the dead returning to haunt the living. With all it’s references to what may have happened, what should have happened and what actually did happen, Billy Ray Brewton’s SHOW YOURSELF is no exception. 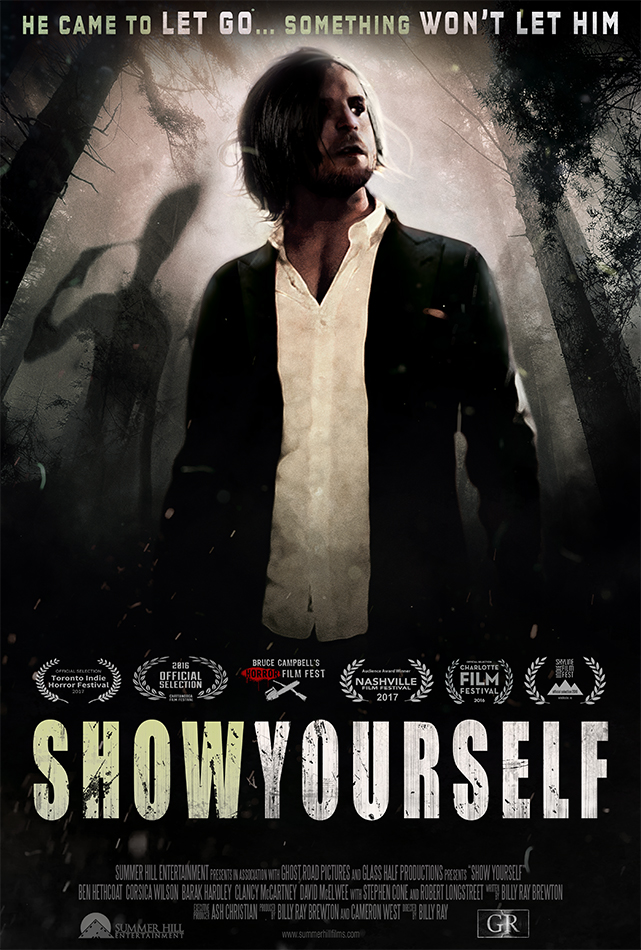 In one of the film’s few scenes that involve more than just one actor in the same room, we join Travis as he’s given a tour of a small cabin in the middle of what he hopes is nowhere. I’m not sure how “nowhere” a small cottage with wireless internet can actually be, yet he sure strives for that intention. Along with him are the remains of his deceased friend Paul in a clean white urn, “Hello My Name Is” sticker and all. Paul died unexpectedly and for some reason Travis is the only living friend available to scatter his ashes in the surrounding area. For what seems like half the movie, we sit with Travis as he drinks whiskey and reminisces about Paul with his friends via video messenger. The longer he reminisces and the further he explores, it becomes more and more obvious that he is not really alone in the woods. 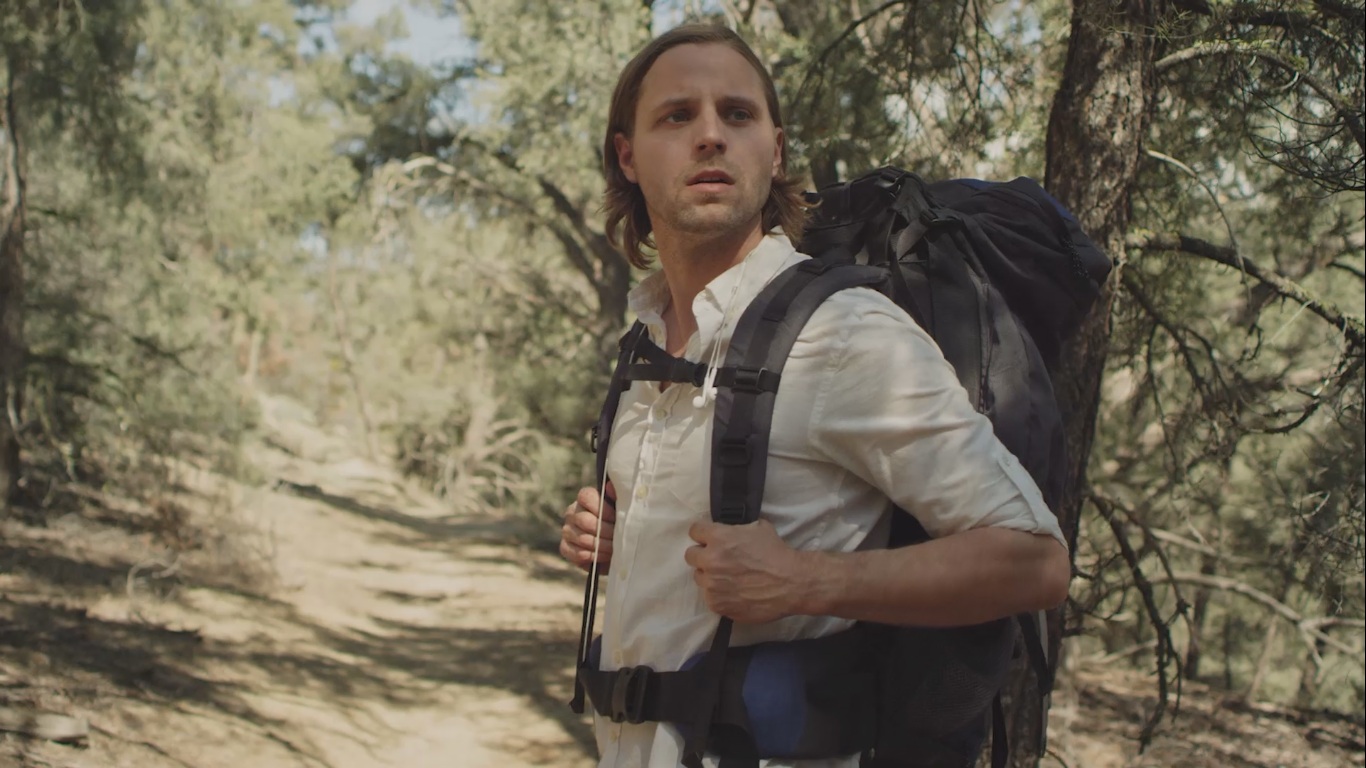 I definitely have to commend actor Ben Hethcoat for being able to single-handedly carry the film with nearly no other on-screen character to play off of. Nearly every conversation in the film occurs via video chat while Travis wanders “alone” in the woods. Why not have his friends with him and along for the ride? Why can’t Paul haunt them and drive them crazy as well? Instead we have every suspicion, every moment of doubt and every revelation occur with a remote character on a video screen. This does not do well for any of the emotional beats that the film seems to be trying to make. There seemed to be some kind of love triangle between Travis, Paul and a woman named Nikki, yet we see and hear very little of her. Why couldn’t she be a main character along with Travis in the woods? Her presence alone could’ve raised the stakes in terms of storytelling. 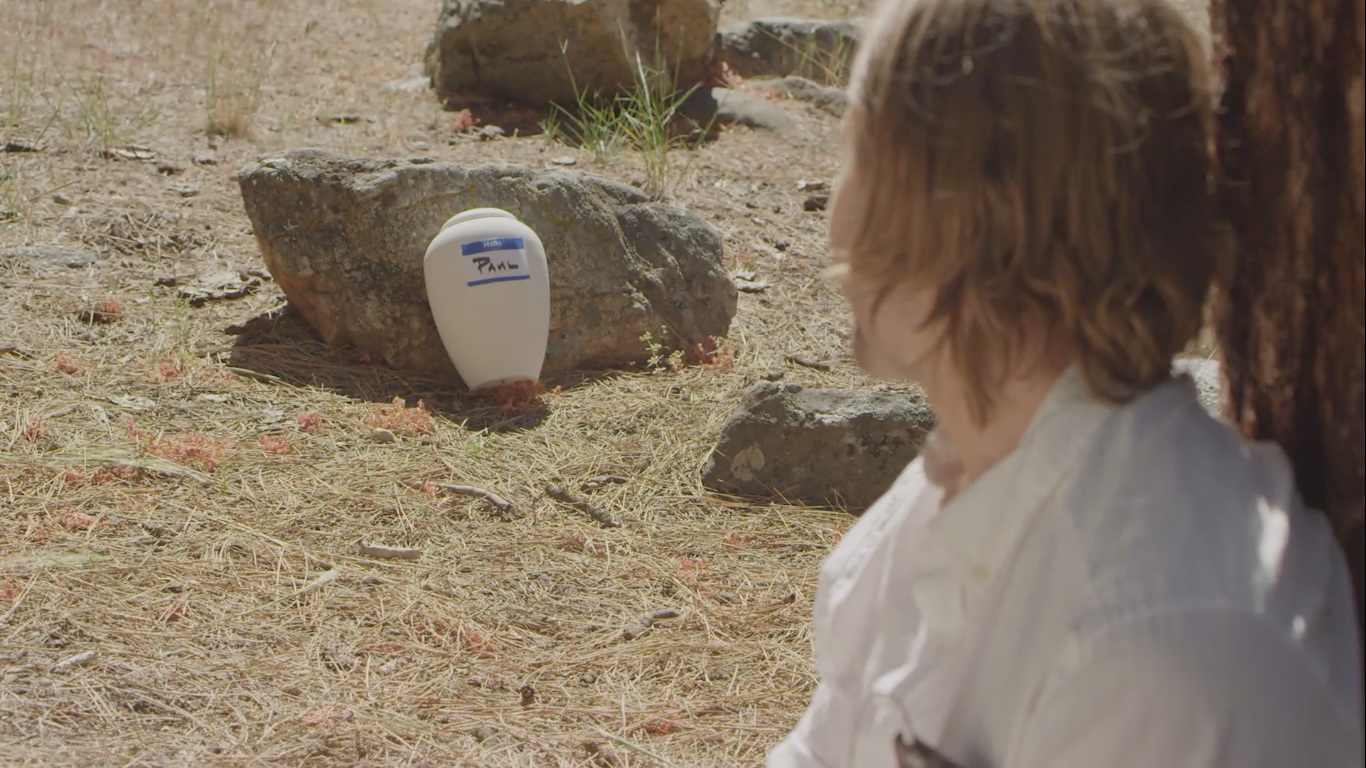 At the point in the movie when Paul finally does “show himself,” it’s underwhelming and of very little consequence. Had the entity slowly showed up little by little to torment Travis, a big reveal may have actually seemed to mean something more than just a small twist regarding Paul’s manner of leaving this mortal coil. With not a whole lot at stake to begin with, the big catharsis ends up being little more than a whimper and a casual nod to a dead friend. 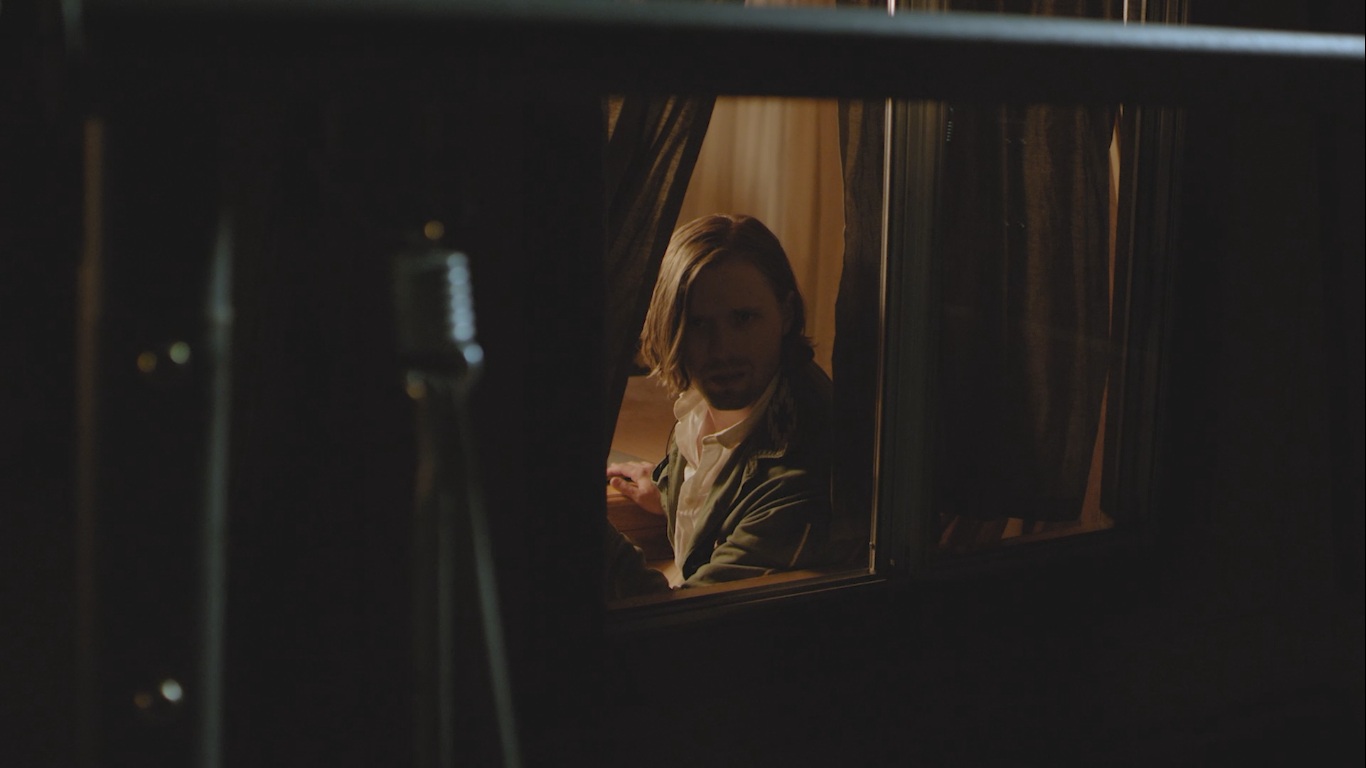 SHOW YOURSELF does not show itself. With no scares and not really anything leading up to or even hinting at a scare, it’s hardly a horror film at all. It’s not even really a ghost story. It’s something of a ghost of a ghost story that seems to rely only on regret to drive what little of an actual story we are given. For a film that regards death as a major theme, it does little to make us fear death let alone make us give a damn about it.