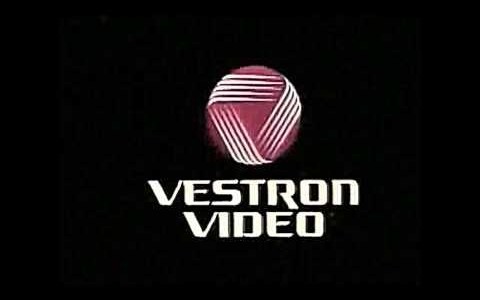 Earlier this year it was announced that Lionsgate was resurrecting the defunct Vestron Video label with a line of remastered Blu-Rays, beginning with Jackie Kong’s 1987 sort of sequel to BLOOD FEAST, BLOOD DINER. Vestron was one of the more popular video distribution companies during the VHS heyday of the ‘80s. The company was founded in 1981 by Austin Owen Furst, Jr. in 1981 and primarily released educational videos and low budget trash, a great deal of which came from the Cannon Film library. 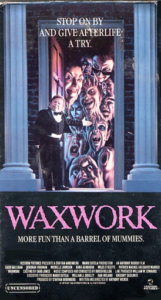 Vestron distributed some DAILY GRINDHOUSE favorites such as WAXWORK, THE LAIR OF THE WHITE WORM, C.H.U.D. II: BUD THE CHUD, THE UNHOLY, and SLAUGHTER HIGH. In the late ‘80s, Vestron worked its way into the filmmaking game, producing EARTH GIRLS ARE EASY, BLUE STEEL, and arguably their most popular title (particularly at any adolescent girl’s sleepover circa 1989) DIRTY DANCING. Hell, that one even one an Oscar despite a Vestron exec reportedly saying “burn the negative and collect the insurance” upon seeing the film for the first time.

Vestron Video filed for bankruptcy and was acquired by LIVE Entertainment in 1991 before being acquired by Lionsgate Entertainment via Artisan, but “nightmare logo” of Vestron Video Lives on. 2016 has already seen the release of BLOOD DINER, CHOPPING MALL, WAXWORK, and WAXWORK II: LOST IN TIME through the Vestron Video Collector’s Series and will also see special editions of RETURN OF THE LIVING DEAD 3 and C.H.U.D. II: BUD THE CHUD. The gang here at DAILY GRINDHOUSE will be celebrating the return of Vestron Video all week long as we offer up pieces on our favorite films from the Vestron catalog. We hope that y’all enjoy reading it as much as we did putting it together.