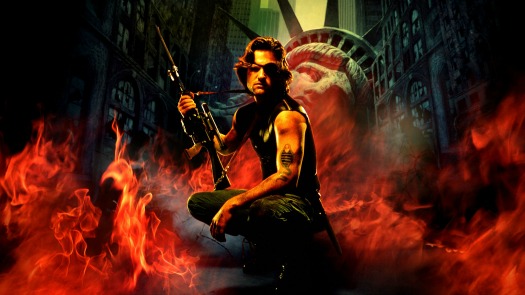 With Solid Snake bouncing around the METAL GEAR universe, kicking ass and stealing names, I am pretty surprised the Snake Plissken game announced in 2003 never hit the shelves. With a story line approved by John Carpenter, Debra Hill, and Kurt Russell, NAMCO started the project but never finished it. Today, we’re getting our first look at what that gameplay would have looked like. The game was tentatively titled SNAKE PLISSKEN’S ESCAPE.

Based on this quote from Hill, it looks like this was once called SNAKE PLISSKEN CHRONICLES. “I am thrilled Snake Plissken Chronicles will soon be an exciting new action game from Namco,” she said. “This reinvention of Snake in a multi-media world that did not exist 20 years ago only reinforces our belief that the character is universal in his appeal and ageless in the marketplace.”

When it comes to games, production is highly volatile and there are so many variables which can effect development groups that it’s not really surprising that the project was shutdown. What is surprising though, is that it was with such a high-profile character with all the talent associated with it in tact and anxious about the property. There is likely a bigger story as to why this didn’t happen. In the meantime though, just soak up the cool that this game likely would have had. Even years after development this still looks fun as hell.

To hear our interview with John Carpenter on the Daily Grindhouse Podcast, click here.