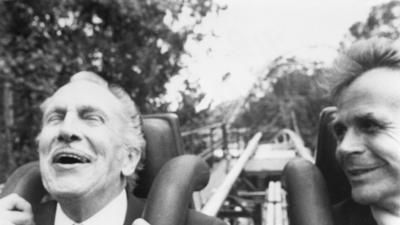 Fact: You are not going to hear anything more delightful today than Vincent Prince saying “rolly coaster.”

AMERICA SCREAMS is not, as the title may imply, an AIP-produced shocker featuring Peter Cushing and Christopher Lee hopping across the pond to terrorize some hip, young, swingers in the States. Instead, it is a documentary on roller coasters, hosted by the United States’ beloved horror star, Vincent Prince.

Originally airing in 1979, the documentary The special features quite a bit of footage of Vincent Price enjoying “the great American thrill ride,” taking on . Price reminisces about spending his birthdays at Forest Park Highlands, in his home town of St. Louis, Missouri, where his love of amusement parks was born. The footage of Dr. Phibes himself riding the bumper cars with a slew of youngsters is sure to bring a smile to any classic horror fan’s face.

Coney Island was ground zero for the modern amusement park and the  half-hour long documentary touches on the invention of the hot dog in 1867 at Coney Island, “trolley parks,”and of course, the roller coaster in 1884, by Sunday School teacher LaMarcus Thompson. AMERICA SCREAMS features quite a bit of archival footage of Coney Island (the original amusement park), in addition to all the great shots of Price riding — in the front car like a true aficionado — some of the most popular roller coasters circa 1979, including The Giant Dipper at Santa Cruz’s beach boardwalk, and The Twister at Elitch’s Garden in Denver, Colorado.

AMERICA SCREAMS also features interviews with Twister designer John Allen, as well as Jim Sheldon, the marketing director of the Arrow Development Company in California, who built many of these “delightful terrors.”

Watching Vincent Price have this much fun being scared is… priceless. 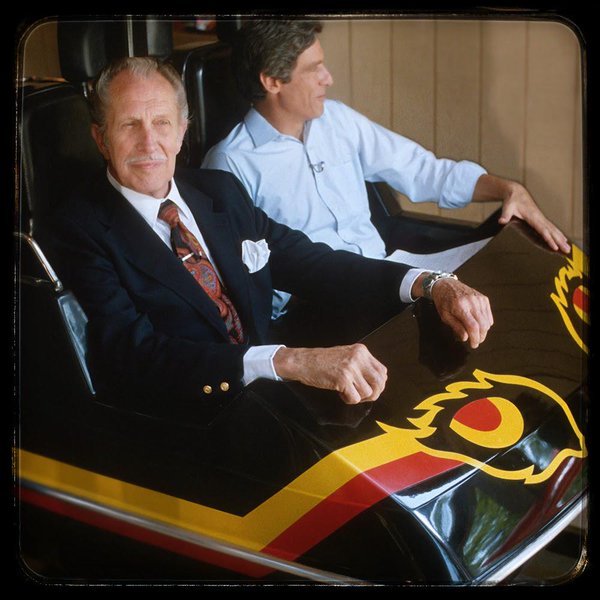 Thanks to Dion Baia of the Saturday Night Movie Sleepovers Podcast for originally posting this clip!