Home  ⁄  The Wire  ⁄  [THE WALKING DEAD] MONSTERS Steps Back and Re-examines Who The Protagonists Have Become.

In a world where law is gone and morality is all but gone, where is the line between a hero and a villain? Throughout The Walking Dead viewers have learned that not every choice is black and white, and is an area full of gray. How far will Rick and company go to ensure their survival, and at what point are they in the wrong? This week’s episode “Monsters” asks the audience to take a step back and re-examine who the protagonists have become. 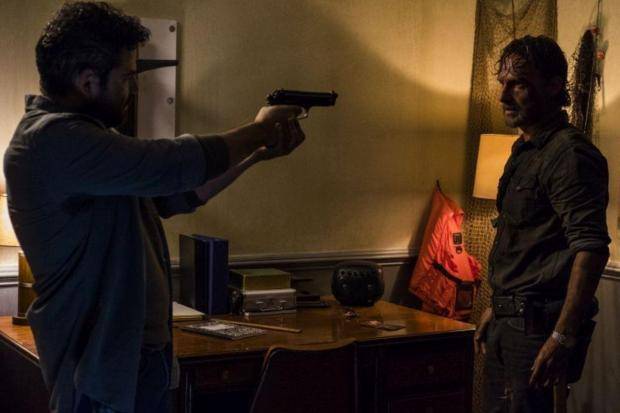 “Monsters” picks up with Morales confronting Rick. Morales tells Rick that he has called in reinforcements and that they plan on taking him to Negan. Rick and Morales proceed to have the standard “I’ve lost people” conversation, but Morales seems undeterred. Rick tries to use this to get Morales to talk about where the .50 cal machine guns are at, but Morales is having none of it. At this point, this writer was dreading this becoming a 3-episode arc about Rick/Morales leading nowhere. Daryl came to the rescue and puts a crossbow bolt through Morales neck from off screen. Rick asks Daryl if he knew who that was, Daryl acknowledges that he does know and it doesn’t matter because he was in the way. This “us vs. Them” mentality was seen later as Daryl shoots Todd (Minkus from Boy Meets World) after learning where the machine guns have been sent to. After this is done, Rick gives Daryl a befuddled look as to why he killed Todd. Rick knows what needs to be done, but is still wrestling with the morality of whether he can do it or not.

The conflict bubbling between Morgan and Jesus finally boiled over this week. As they were leading the prisoners down a road back to the Hilltop, the caravan was overtaken by walkers rolling down a hill. This writer found the seen as comical as the walkers roll themselves down a large hill and are still able to overtake the group. During the confusion, the prisoners break free led by their lieutenant. Morgan chases after them and guns one down. Jesus arrives and stops Morgan from killing any more of them. Morgan tells Jesus that the prisoners are not going to change, they will keep running, keep trying to kill them. Morgan states that they have to kill them all, but Jesus tells him that Maggie will decide what to do with them. A fight breaks out between them and they fight to a virtual tie. It was nice to see two characters with martial arts backgrounds finally go after each other. This show is usually comprised of knock down drag out brawls or firefights, so it is refreshing to see a choreographed fight scene in the show. The scene ends with Morgan leaving the group telling them that he cannot do this anymore. Morgan has definitely abandoned his peaceful ways and is down a path of vengeance. 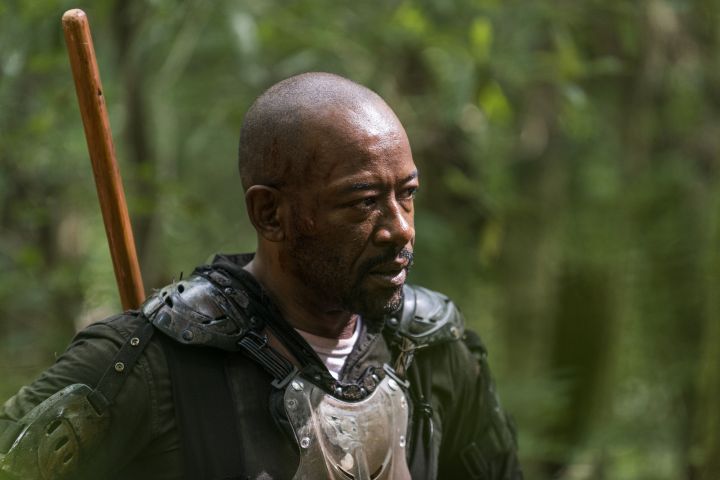 Gregory arrives at the Hilltop and was greeted to a locked gate and inhospitable residents. At one-point Gregory tries to throw a Hilltop resident under the bus, but the resident is working as a lookout on top of the gate and calls Gregory on his BS. Maggie comes to the gate and asks Gregory why he is driving Gabriel’s car. Gregory plays off stupid and pleads them to let him back in. Gregory has finally realized that the tide at the Hilltop has changed and he no longer has the people behind him. Maggie decides to let Gregory in, to the objection of a few residents. Maggie reassures them that he will not be an issue. This writer thinks this bodes awfully long-term for Gregory. On the surface it may project mercy from Maggie, but one-slip up and this writer thinks Gregory will be dead. Maggie has been sidelined for much of the beginning of this season, so this is an interesting arc for her character.

Aaron suffered a major loss this week as he boyfriend Eric succumbed to his gunshot to the stomach. Aaron was able to get Eric to a safe place and set him under a tree. Eric tells Aaron that he must go back to the fight, he must help the group. Aaron tells him he will be back and runs off to help the group. Aaron and the assault team are able to get to Rick and Daryl and help them fend off the reinforcements that Morales had called in. Once the action dies down, Aaron rushes back to Eric. Aaron finds a pool of blood next to the tree and looks up to see Eric wandering off. Aaron loses it as he realizes the fate of his boyfriend. This death would have meant more if the ground work on Eric had been laid last season. Eric was portrayed as someone that the audience should care about the last couple of weeks, but the lack of screen time, interactions and character moments took away from the bite of losing a character. 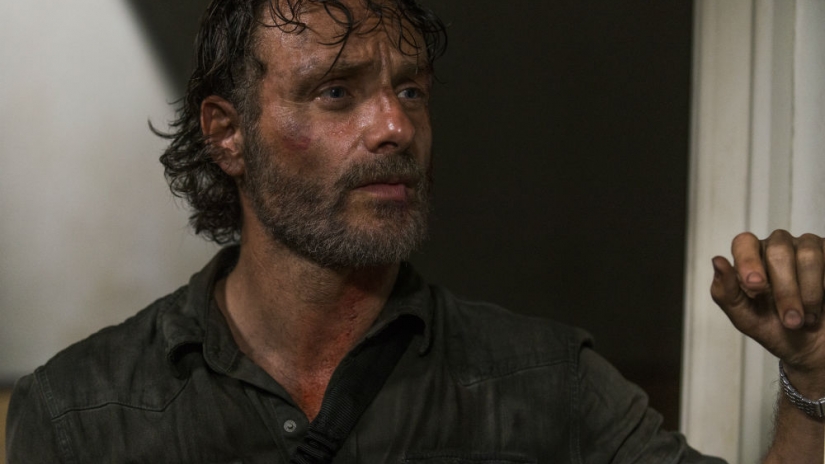 What I liked least about the episode was Ezekiel and his tiger Shiva. While the “fake it til’ you make it” line he gave to Carol gave us some insight as to why he is over the top, this writer feels like it’s a crutch for the character. Ezekiel is far to boisterous and takes the audience of almost every scene he is in. The computer-generated Shiva in the show opening was also cringeworthy this week. If a close up of the tiger cannot be done convincingly, then why do it at all? As “cool’ as it is to have a tiger in the zombie apocalypse, perhaps this war is a good time to kill it off and retire the gimmick for good.

Ezekiel did lead his soldiers on a quest of taking out Savior outposts. They did not have the numbers, but his group had the cunning as they were able to flank and out maneuver the Saviors at the first two outposts. They were great victories as his cunning led to no fatalities. As they march upon the last outpost, the viewers are treated to the location of the missing .50 cal machine guns as they cut down Ezekiel’s soldiers and the episode ends. While no characters of note presumably die in this fake out moment, a good number of Ezekiel’s soldiers were wiped out. It will be interesting to see what happens on this front next as Ezekiel looks to be outmanned, outgunned and pinned down. Rick and Daryl are racing to the scene, but will they make it in time?

Lastly, this writer wants to explore baby Gracie. This is the baby Rick finds in the compound and brings out to the group. Aaron, fresh off losing his boyfriend Eric, tells Rick that the original plan was for Aaron and Eric to go to the Hilltop and fill Maggie in on the progress. Aaron states that he still needs to go and will take baby Gracie with him to safety. Remember in the flash forward of Rick there was a little girl that was not identified. Could this end up being Gracie? If it is, what happened to baby Judith? With this season, could baby Judith be killed in an attack on Alexandria? Is her grave the one we see red eye Rick standing over in the first episode? I think this sets up some potentially interesting plot points for Rick moving forward. We will have to see what events make Rick question if his mercy can overcome his wrath.