The second annual Windy City Horrorama is creeping up on us. The festival will be running from April 26 through April 28th at the Davis Theater in Chicago. It was just announced that they will be bringing THE RUSALKA to the Davis theatre this year as well as a 30th anniversary screening of the cult classic, ROBOT NINJA.

THE RUSALKA finds director Perry Blackshear reuniting with the team that brought you THEY LOOK LIKE PEOPLE in 2015. The story follows a vengeful hunter tracking down the folkloric water spirit and the handsome stranger caught between them. Grant DeArmitt of Nightmare On Film Street called THE RUSALKA “well-crafted” and “exactly what a monster movie should be and more” comparing it to tragic horror like THE WOLF MAN. 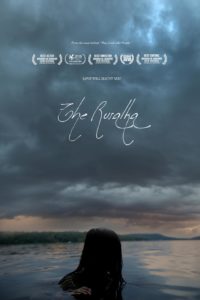 ROBOT NINJA is the magnum opus from J.R. Bookwalter, a filmmaker Daily Grindhouse’s own Doug Tilley referred to as “the poster child for successful, ultra-low budget film-making in the late ‘80s.” A take on the “what if superheroes existed in real life” concept explored in KICK-ASS and UNBREAKABLE, ROBOT NINJA is direct-to-video goodness, sure to be a hoot with a wild, genre film loving audience. Windy City Horrorama will be presenting a brand new 2k scan of the film with director Bookwalter in attendance. 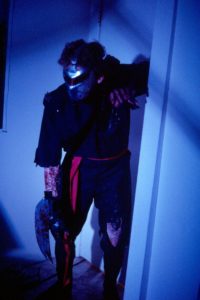 If you simply cannot wait for this year’s Windy City Horrorama, you’re in look as the festival will be hosting a free double feature at Comfort Station in Logan Square on April 3rd. On the agenda are the medieval monster mash, THE HEAD HUNTER (a favorite at the Portland Film Festival) and the found footage horror take on video game streaming, LIVESCREAM. The event will kick off at 7 P.M.

Tickets are still available for Windy City Horrorama but going fast, so don’t wait another minute.