The number of cinematic portrayals of the Whitechapel serial killer known as “Jack the Ripper” is easily in the dozens, dating back to the silent era of THE LODGER (1927) and PANDORA’S BOX (1929) to BLACK THE RIPPER (1975) to the recent animated film BATMAN: GOTHAM BY GASLIGHT (2018). It’s a pretty impressive amount of output for a figure whose identity is still unknown, even if that pretty little detail doesn’t stop endless storytellers from coming up with their own theories.

1959’s JACK THE RIPPER was the first film to use the killer’s nickname as the title (though a compilation of the TV series The Veil had used it the previous year to air on late-night television), and also the first film depiction of many of the theoretical imagery we’ve come to associate with the tale — gaslit corridors, dancing girls in peril, and the idea that the murderer carried a medical bag with them. It’s surprising, then, that the film produced by Monty Berman and Robert S. Baker (THE FLESH AND THE FIENDS) and written by Hammer’s Jimmy Sangster (THE CURSE OF FRANKENSTEIN, HORROR OF DRACULA) has fallen into relative obscurity as more lurid adaptations have become widely known. Severin has sought to rectify this with their new Blu-ray release of JACK THE RIPPER, rescuing it from the grey market limbo to which it had been consigned and propping it up with enough special features to thrill any self-respecting Ripperphile.

This particular treatment of the material splits its time largely between an investigation into the proceedings by Scotland Yard’s Inspector O’Neill (Eddie Byrne) and a New York City cop on holiday (Canadian Lee Patterson, brought on to appeal to American audiences), the suspicious dealings of several local medicine practitioners (including a scarred, mute hunchback straight out of a more traditional horror film), and the murders of the ripper themselves, usually coupled with the killer asking if the future victim knows the whereabouts of “Mary Clark,” then killing them before they can properly answer. Naturally, the ripper’s identity is revealed at the end, though a quick bit of dialogue absolves the film from factual responsibility. (None of the named characters presented here are based precisely on actual historical figures, so don’t try watching this as a crib sheet for a research project.) 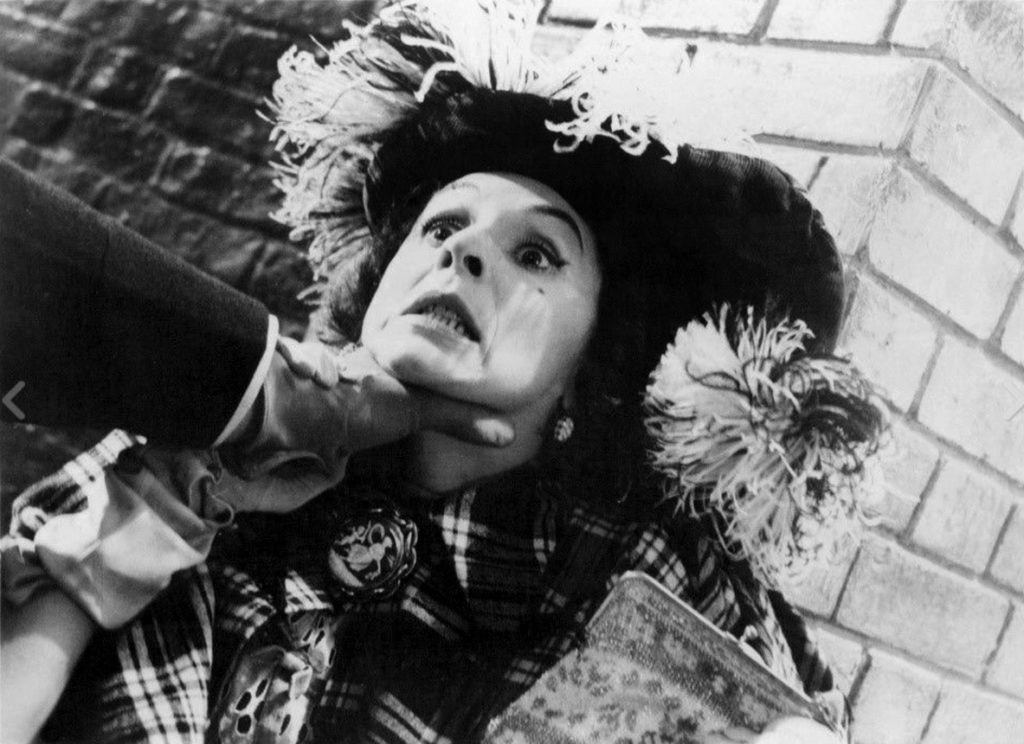 As relatively routine as the plotting goes, directors Baker and Berman provide a fair share of satisfying shocks, giving us a murder every 15 minutes or so, each one delivered with a punch that will keep even those accustomed to more brutal fare involved. The film also makes good use of the 19th century London settings, with the shadowy alleys providing a suitably dangerous-looking setting for the B&W cinematography. (Well, B&W with one exception, but I don’t want to say too much.) It’s certainly not surprising that this provided much of the template for ripper yarns to come — the image of the doctor’s bag and the potential for the top-hatted killer to do a trained surgical strike are certainly compelling cinematic motifs.

Severin’s Blu-ray package includes not only the original UK cut, but the American version as well (from a 4k transfer), which features some additional violence, an entirely new score, and some heavy-handed but entertaining narration by an uncredited Paul Frees. As a special bonus, there’s also some additional “unclothed” footage for European countries less scandalized by the appearance of a female nipple, which were shot at the same time as the “clothed” footage intact in the UK release. 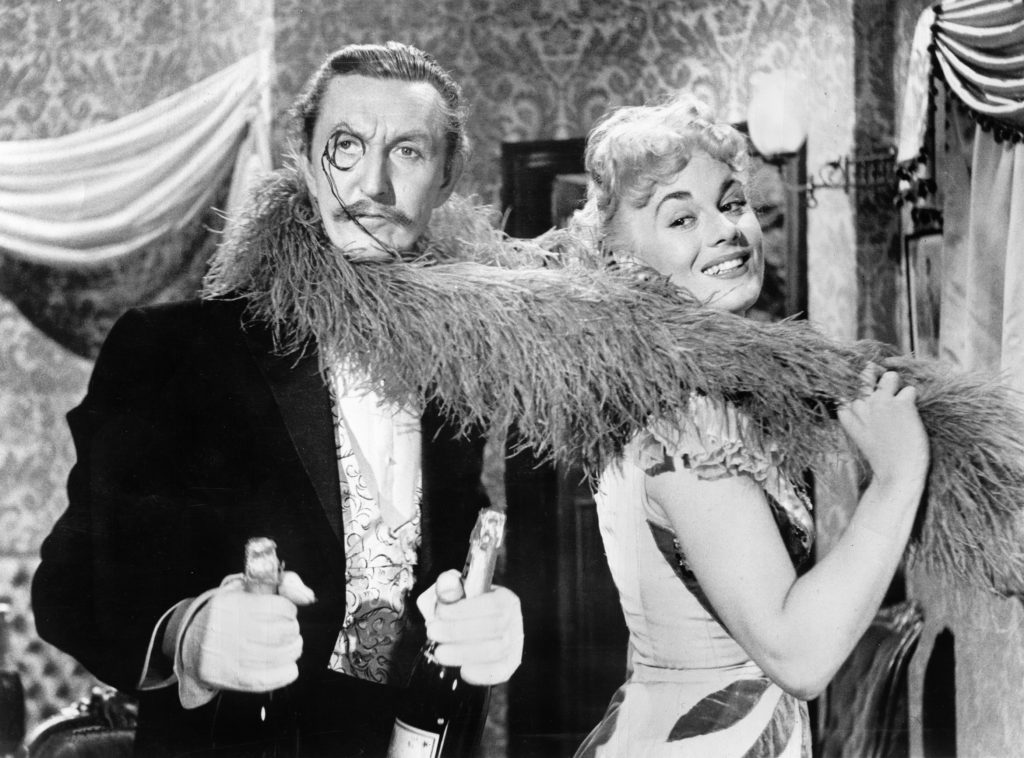 The UK version comes with a fantastic audio commentary, recorded in 2005, with Baker, Sangster, and assistant director Peter Manley, all of whom have passed on, making this an invaluable look at the production. Moderated by HAMMER HORROR: THE WARNER BROS. YEARS director Marcus Hearn, it’s an engaging look at the issues they had with making a film based on such lurid material. Sangster dismisses any attempts at historical accuracy, as well as commenting that “disemboweling is always a good attention-grabber” when it comes to the popularity of the case. It’s a very impressive commentary, never lagging and full of impressive memories of a project that at the time had been over four decades in the past.

Finally, the disc also sports two additional featurettes, both of which provide context for the original series of murders. In an interview with Denis Meikle, the author of “Jack the Ripper: The Murders and the Movies,” Meikle goes into detail on the cinematic history of the ripper, dismissing most portrayals as “basically nonsense” but stating that this JACK is about as good as or better than others. The Ballyhoo Production featurette THE REAL JACK THE RIPPER features Ripper author and tour guide Richard Jones going into detail about the murders themselves, as well as bringing up the class aspects of London at the time that the Ripper’s murders exposed to a larger audience. A trailer for the film as well as a poster and still gallery round out the packed disc.

JACK THE RIPPER is a surprising entry into Severin’s roster, but they’ve done a remarkable job of delivering the goods on one of the most underappreciated films in the Ripper canon. Hammer fans should definitely take the plunge (and potentially pair it with 1971’s HANDS OF THE RIPPER), as well as anyone with a curiosity for the first “media murderer” that stalked the streets.