Home  ⁄  The Wire  ⁄  [THIS WEEK’S PEAKS] PARTS SEVENTEEN AND EIGHTEEN 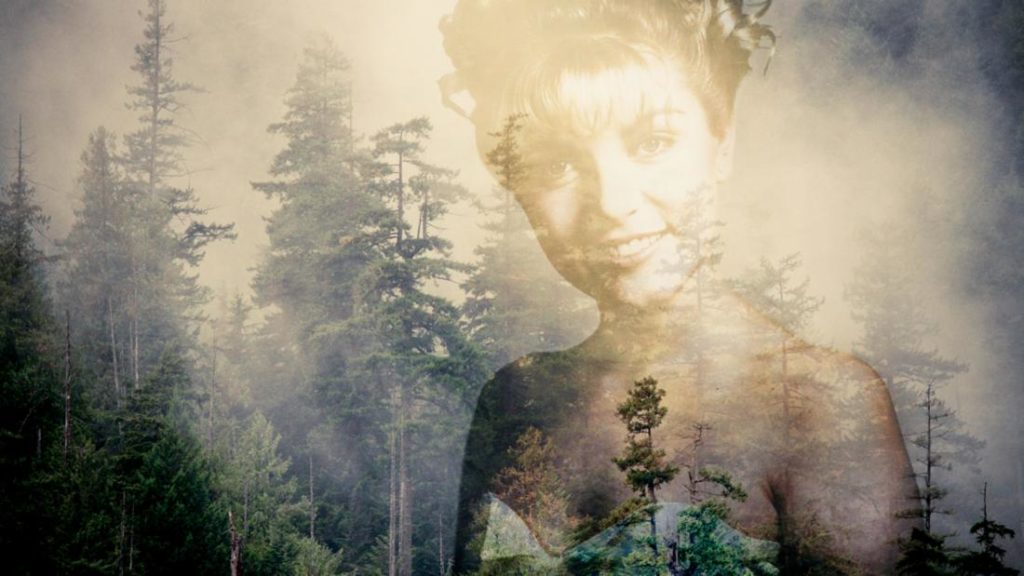 At this very moment, every single brain in the Twin Peaks fan community is melting.

And, hey, why shouldn’t they be? For a minute there, it really did look like everything was going to come together, especially with roughly, I dunno, 15 minutes to go in part seventeen of David Lynch and Mark Frost’s Twin Peaks 2017/Twin Peaks: The Return/Twin Peaks season three — Kyle MacLachlan’s good cop/bad cop routine (the best ever seen, might I add) was over with and “Evil Coop” dispatched permanently; Freddie (played with heroic aplomb by Jake Wardle) had indeed met his destiny and used his rubber-gloved “super hand” to scatter BOB to the four winds; Kimmy Robertson’s Lucy got the chance to be more of a truly unexpected heroine; John Pirruccello’s Deputy Chad was thwarted in his lame jail-break attempt by his former co-worker, Andy (Harry Goaz); Lynch’s Gordon Cole, Miguel Ferrer’s Albert Rosenfield, and Chrysta Bell’s Tammy Preston got where they were needed — that being the office of Sheriff Frank Truman (Robert Forster) just in the nick of time; Jay Aaseng’s disfigured drunk-and-disorderly kept imitating everything he heard; Ben Horne (Richard Beymer) was preoccupied with getting his brother out of trouble yet again; Don Murray’s Bushnell Mullins delivered his message to Cole word for word; the eyes-wide-sorry-sewed-shut woman from “The Zone” played by Nae Yuuki turned out to be the “real” Diane Evans  and morphed into Laura Dern before our eyes; and Robert Knepper, Jim Belushi, Michael Horse, Dana Ashbrook, Amy Shiels and her “colleagues” — well, they pretty much just stood around and watched in disbelief, but at least there were plenty of sandwiches to be enjoyed by one and all as television history played out before their eyes.

Not so fast, though — 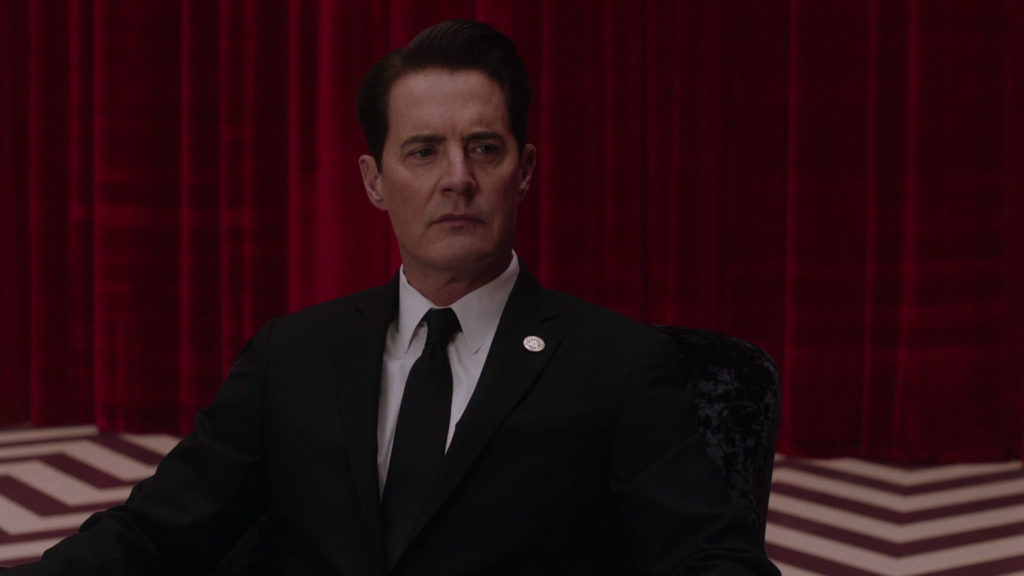 Agent Cooper, ever the stand-up guy, informed everyone that the past shapes the future and then set about to prove it by going there — Diane seemed to have an inkling about what was to come as words about “the curtain call” were exchanged between the two of them, and then we learned that the convenience store needn’t actually exist anymore in order for Coop and Phillip Gerard (Al Strobel) to ascend the staircase above it, and that Philip Jeffries — who, according to Cole, “really doesn’t exist anymore” himself — and his numerical clues (speaking of which, every single one from earlier parts is resolved/comes into play) are guardians of a gateway of sorts, one that would take Coop to 1989, and specifically smack-dab into the middle of TWIN PEAKS: FIRE WALK WITH ME.

William Hartnell famously said, in the truly classic early Doctor Who adventure “The Aztecs,” that “you can’t change history — not one line,” but it’s clear what Cooper is here to do : save Laura Palmer. Hell, Leland Palmer (Ray Wise) even told him to do it. This sequence, it has to be said, is truly genius shit as we finally learn what Laura (Sheryl Lee) was reacting to in her scene with James Hurley (James Marshall) in the woods — and seeing all this vintage material from a decidedly different POV is amazing. The (uncredited, as far as I can tell) stand-in actress for the younger Laura in scenes where new material was required isn’t exactly convincing, but the overall gist of what Lynch and Frost are doing here, goddamn — I mean, it’s breathtaking. And for a minute there, as scenes from the original TV pilot with Joan Chen, Piper Laurie, and the late, great Jack Nance that occur prior to the discovery of Laura’s body play out, you really can be forgiven for thinking that Cooper was successful. Julee Cruise closes out part seventeen with a musical number at The Roadhouse, and it seems like we are well and truly headed home.

But, ya know — then things got wonky. As in, “even by Twin Peaks standards” wonky. 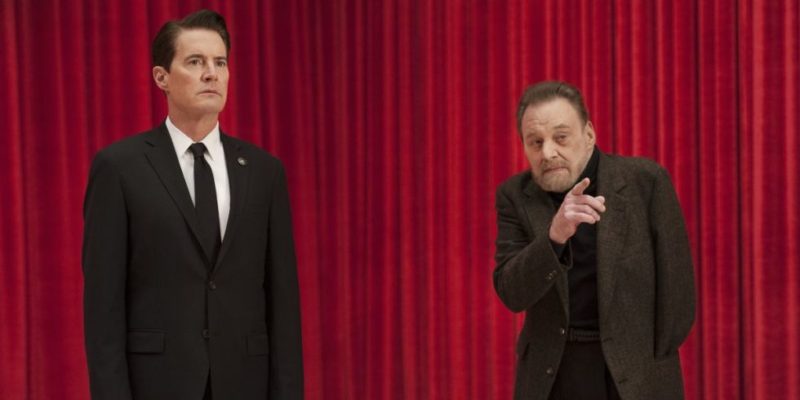 In regards to part eighteen, the only thing I got right occurs at the very outset : a “new” Dougie is “manufactured” from “the seed” and a lock of his hair, and sent “home” to Vegas to be “reunited” with Naomi Watts’ Janey-E and Pierce Gagnon’s Sonny Jim by Carel Struycken’s “Fireman” and — uhhmmm — the face of the departed Don S. Davis. Beyond that, hey, I’m not too proud to admit that I was as taken for a loop as anyone else by everything.

“Find Richard and Linda” is a call-back to part one, only it turns out, after locating the proper “coordinates” and driving through them under some seriously active power lines, followed by a night of some — interesting — sex in which Laura Dern covers Kyle MacLachlan’s face with her hands the whole time, that Coop and Diane are Richard and Linda. And that Richard/Cooper is in a different motel than the one the two of them checked into the previous evening and is driving a different car. We learned earlier that the mysterious “Judy” is a force of pure evil even older and more powerful than BOB, and so a stop at Judy’s Diner in Odessa, Texas seems like the move Coop oughtta make. He gets into it with some local rednecks, but the waitress that he somehow knows he should be looking for isn’t there, so he gets her home address, goes to her dilapidated spread, and meets this Carrie Paige — only it’s Sheryl Lee. It’s Laura Palmer. Not that she knows it.

Coop informs her that he’s here to take her home, to Twin Peaks, to be reunited with her mother (Grace Zabriskie), but it all sounds pretty hare-brained to her — still, given that she’s just killed her old man and all, she’s down for the whole concept of getting the fuck outta Dodge. Their road trip is mostly uneventful apart from a short sequence where it seems someone might be tailing them (and who knows, maybe they were), but when they finally reach the Palmer household nothing’s ringing a bell with Laura at all — and somebody else altogether lives there. Somebody who’s a lot more forthcoming about answering questions from some stranger at the front door in the middle of the night than I would be. The bewildered homeowner informs Coop that she and her husband have lived there for some time, and that her name last name is Tremond. Before that, the house was owned by the Chalfonts.

Annnnnnnddd we’re firmly back into FIRE WALK WITH ME territory, as those are names, not that Cooper knows it mind you, of people associated with The Black Lodge. Laura/Carrie screams, a shrieking wail from the core of her being, while Coop asks himself what year it is, the presumption being that he did manage to save her, but that now they’re both stuck in 1989.

Only thing is, that doesn’t add up, because in 1989 the Palmers were living in that house. And Laura wouldn’t be the grown woman she is “today.” My theory, then, to the extent that it’s formed, is that when Coop and Diane “crossed over” underneath those power lines, they truly did cross over — as in, this is another dimension and/or reality altogether. One we haven’t seen at all, perhaps because Cooper’s meddling with time is what created it in the first place. As the end credits roll, we’re left with the image from part one of Laura whispering something into Cooper’s ear in the “Red Room” — and we still don’t know what she said.

And you know what? I’m not even going to venture a guess — because theories and, even worse, assumptions are proving to be a real son of a bitch as far as this show goes.

Which brings us to the biggest and best revelation of all, after an evening that contained several (even if they were, admittedly, completely overshadowed by mountains of new questions) — at least I’m hoping that it does. We all assumed (there’s that word again) that this Twin Peaks revival was a “one-and-done” deal. That one way or another, Lynch and Frost were ending the story. But we have precisely zero idea what’s going on with Cooper and Carrie/Laura. Ditto for whatever the deal is with Audrey Horne. “Judy” is still very much “at large.”  Sarah Palmer is still out there eating throats for dinner. And Carrie had a plastic white horse on the mantle in her Odessa shithole. I know that, yes, it’s an assumption — and that I just said that I was through with those — but you wanna know what I’m thinking? I’m thinking that we’re not done with Twin Peaks. I’m thinking that we’re not done with it by a long shot.

And, crucially, I don’t think that David Lynch and Mark Frost are, either. 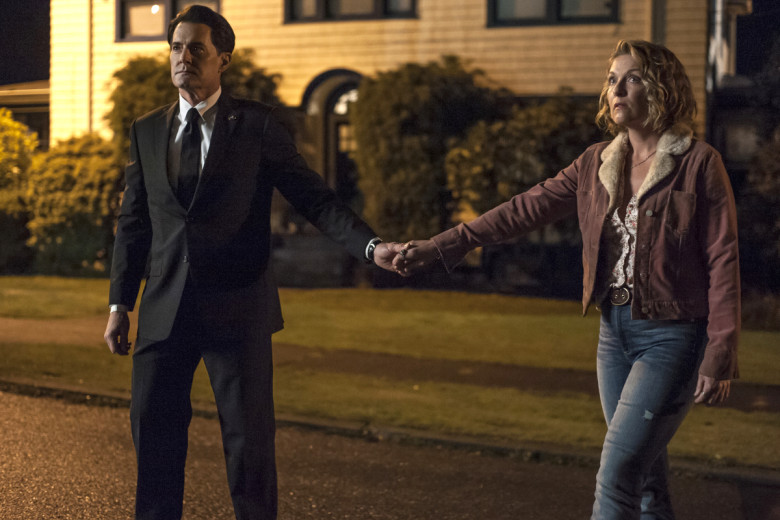