“Writer-director Hoon-jung Park tells this twisty story of internecine warfare … with patience, elegance and no small amount of bloodshed.”  – Gary Goldstein, LOS ANGELES TIMES   “No one in American movies has made a crime opera this good in years.” –  Andrew O’Hehir, SALON.com 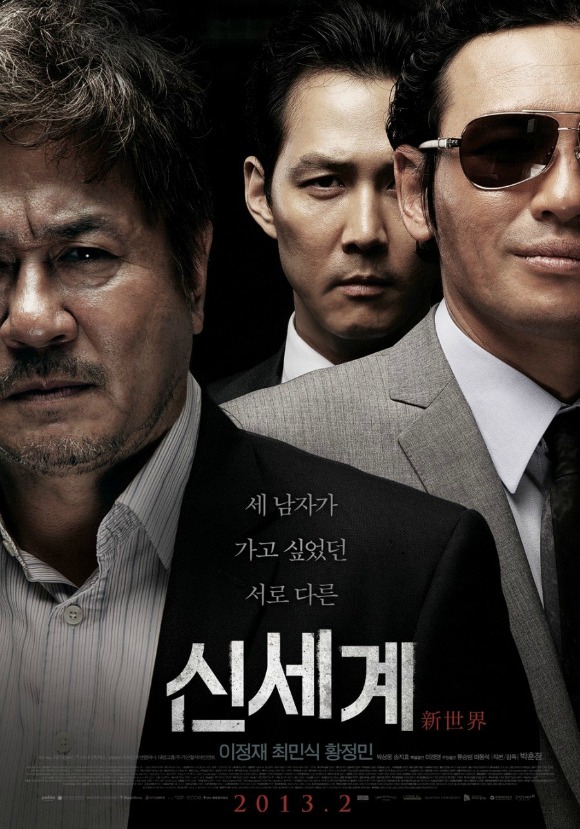 Debuts on Blu-ray™, DVD and

Bonus Materials Include the Behind-the-Scenes Featurette and a Photo Gallery        PLANO, TEXAS.  (April 22, 2013) – Director Park Hoon-Jeong’s (The Showdown) critically-acclaimed, international box office hit NEW WORLD debuts on Blu-ray™, DVD and Digital May 21st from Well Go USA Entertainment. As Korea’s biggest crime organization “Goldmoon” expands its power, the Police Chief (Min-sik Choi) orders his undercover cop (Lee Jeong-jae) to participate in project “New World,” designed to bring down the notorious crime organization. The undercover cop faces a difficult decision: follow the Chief’s orders or maintain his loyalty to “Goldmoon.” Bonus materials include the behind-the-scenes featurette “The Making of New World” and a photo gallery.   Synopsis: The head of the Goldmoon crime syndicate is dead, leaving his top two lieutenants. Seizing the opportunity, the police launch an operation called “New World.” The boss’ right hand man, Ja-sung (Lee Jung-jae), has been a deep-cover operative for 8 years, closely watched by Police Chief Kang (Choi Min-sik). With a baby on the way and living in mortal fear of being exposed as a mole, Ja-sung is torn between his duty and honor as a cop, and the fiercely loyal gang members who will follow him to hell and back. Using inside information from Ja-sung to damage the relationship between the two feuding contenders, suspicions grow that a traitor lives in their ranks. Ruthless Jung (Hwang Jun-min) escalates the game by hiring hackers to search the police database. As the stakes climb higher and a guaranteed gangland bloodbath among those that remain, Ja-sung makes a final, shocking decision no one could have predicted.                       NEW WORLD has a runtime of approximately 135 minutes and is not rated.   For more information, please visit www.wellgousa.com.   Blu-ray DVD Catalog #: WGU01423B Catalog #: WGU01422D UPC Code: 812491014233 UPC Code: 812491014226 Pre-Order Date: 6/4/13 Pre-Order Date: 6/4/13 SLP: $29.98 SLP: $24.98   About Well Go USA Well Go USA, Inc. (www.wellgousa.com) is a theatrical and home entertainment distribution company that specializes in bringing top content, including the best in Asian Cinema to North America. As a leader in independent film distribution, Well Go’s titles can be seen across a variety of formats and platforms including in theaters, on DVD, Blu-ray, digital (video-on-demand, electronic sell-through and streaming) and broadcasttelevision through cable and satellite. Since 1994, Well Go has acquired and released over 2,000 titles worldwide. In 2005, Well Go expanded its distribution to North America where five to ten titles are released monthly.   Well Go USA’s corporate headquarters are in Plano, TX with offices in Taiwan and China.