WEREWOLF recently had its North American premiere at Fantastic Fest 2018.

There are two ways a genre film can make me nervous before watching it. One is to be based upon an actual tragedy. It is hard for me to watch a movie based on true events that result in pointless death. The second is to have a plot based around killing an animal. WEREWOLF checks both boxes with a story that focuses on a group of adolescent Holocaust survivors who get trapped in an old country manor by a pack of German Shepherds that were released from a nearby concentration camp. Needless to say, this scenario could have turned unpleasant and exploitative in the worst possible definition of the word. Thankfully, the film I watched was more nuanced, polished, and eventually hopeful than the disturbing movie that I feared I was going to endure. 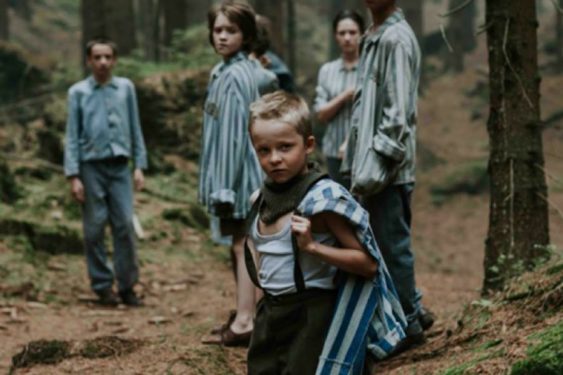 Writer/director Adrian Panek has used the end of the most jaw-dropping example of pure evil in humanity’s recent history as a jumping off point for his film. Unlike many other films that deal with the Holocaust, Panek is interested in exploring how the survivors dealt with their freedom when they have no money, their homes have been destroyed, and their psyches shattered by the ordeal they endured. That he focuses that story on a group of (mostly) adolescent boys who are also dealing with the sort of aggression and sullenness that comes along with that age range adds a wild card layer to a situation that not only has them fearing stray Nazi soldiers, but also “friendly” Allied troops and feral dogs trained to hunt and kill them. If the children can not even trust each other due to their immaturity, how are they supposed to survive this hostile new world with numerous people and creatures who still want them dead?

Juggling the siege aspects (dwindling supplies, thwarted escape attempts) of the story with character beats about Hanka (Sonia Mietielica)–an older teenage survivor who bristles at having to care for the younger boys she has been placed with, Wladek (Kamil Polnisiak)—a traumatized boy of about fourteen who nurses a crush on Hanka while he shows signs of taking on the cruel behavior of the guards who tortured him, and Hanys (Nicolas Przygoda)—a boy slightly older than Wladek who is a loner the other children do not trust because he is German and not Polish, Panek slowly ramps up the tension of the situation. 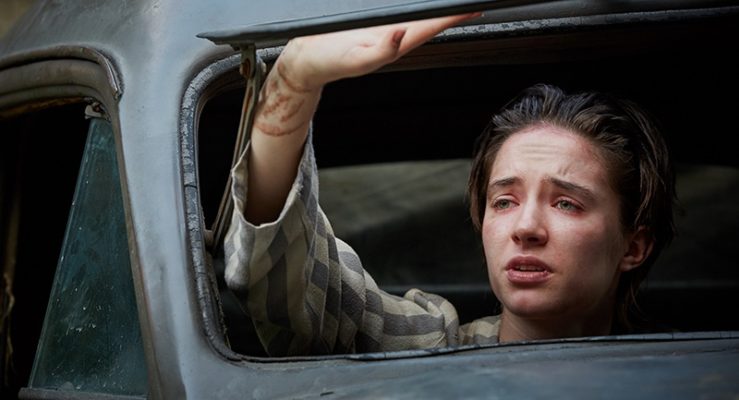 At the same time that WEREWOLF focuses on its three leads and the dogs keeping them captive, it finds small moments of beauty to show how the children slowly regain the humanity that was nearly tortured out of them in the camps. Some may consider it a cheat to set up a genre film to be mean and tense and have the payoff be a moment of humane grace, but I was floored by the simple turning point for the children that opened the way out of their situation.

Of course, this is a film that taps into the brutality of the Holocaust, so there are some harrowing animal attacks in the film (in addition to a brief scene at the beginning that takes place in a concentration camp). Panek also is not above building suspense by putting kids in jeopardy and using a shocking death early on to establish the damage these dogs can do to the human body.

But while there are nods to the film’s genre premise in the suspenseful/horrific scenes, WEREWOLF is primarily about the reclaimed humanity of its survivors. How they are able to do so and how it saves their lives is one of the quieter, but more emotionally impacting moments I’ve seen in a film this year.