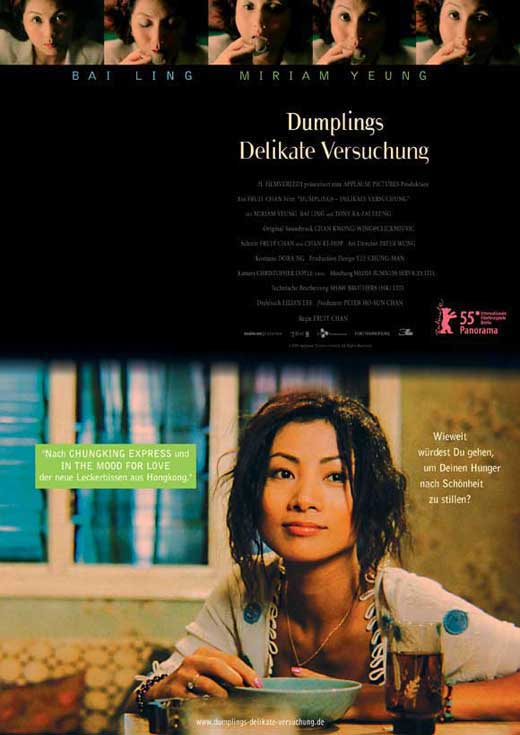 We put too much focus on getting old being a bad thing. You can find at least one blog or tweet a week from someone complaining about how x amount of years passed since something happened and how they feel so old because of it. Unless you’ve been counting the days while being in an internment camp or watching time streak by as a black hole turns you into space spaghetti, you really shouldn’t complain about getting old. Look forward to those crazy cat lady years. Yeah, Depends™ suck, so stay hydrated and eat plenty of fiber so that digestive tract doesn’t fall apart. There are so many things to enjoy in life no matter what your age is, so why waste time griping about something that happens naturally?

Because society forces you to. 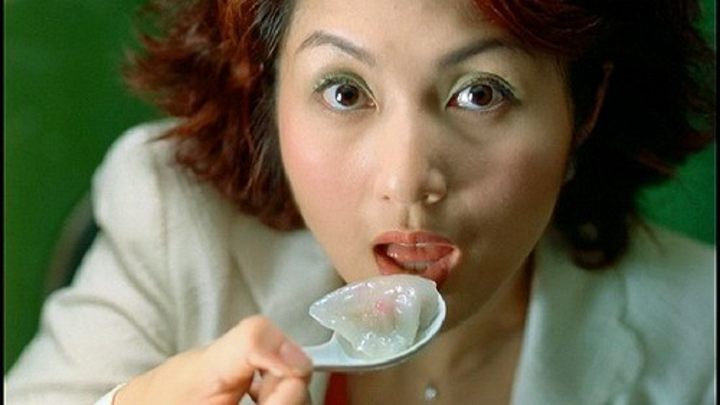 From the constant parade of youth to shooting nostalgia up a collapsed vein, people want you to think that the after-30 life is the worst fucking thing that you go through. Women take the brunt of this brand of abuse, of course. Among many other things, they’re forgotten about once they hit 40 and aren’t useful to society ‘til they can babysit their grandchildren. You don’t have to look hard to find examples. Heck, some of you are going through it (or about to). Which is a reason why, sadly, my favorite cannibal film, DUMPLINGS, overcomes the Chinese language barrier and can be appreciated ‘round the world.

Written by Lilian Lee and directed by Fruit Chan, DUMPLINGS dances twixt two worlds. It was part of an awesome horror anthology movie, THREE… EXTREMES (Chan-wook Park and Takashi Miike also directed segments), and it has a feature-length version. Lee wrote FAREWELL MY CONCUBINE and Chan made movies that dealt with the problems of ground-level people, so DUMPLINGS definitely was horror from atypical creatives. Like Robert Altman and IMAGES. Because of that, it doesn’t bother with tropes that could pop up in a movie like this from a horror director. At the same time, it fully embraces the genre of violent delights and ends while pushing it in ways that most wouldn’t. The bloody bits also never feel gratuitous, which is great for a movie with so much abortion. 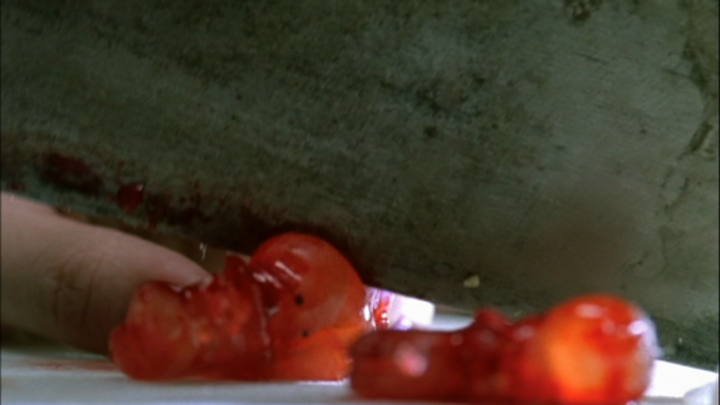 DUMPLINGS makes no secret that its namesake is made from fetuses. In both versions, you see Bai Ling’s character, Mei, preparing them in the first few minutes. She lives in a shitty apartment in a shitty part of town, and is about to be visited by Miriam Yeung’s character, Qing Li. It’s very obvious that Qing lives an expensive life, which is a big reason, I think, why Chan wanted to make this. DUMPLINGS flips the power struggle twixt the rich and the poor, making the wealthy Qing dependent on the impoverished Mei. This ballad of co-dependency plays again at the end of the feature, with Qing needing another penniless woman. Qing needs Mei’s dumplings because she wants to look younger so her husband stays interested in her. Mei nonchalantly explains how she makes them as she prepares to cook, and Qing doesn’t seem to mind. There’s an interesting companion to this scene with her husband, Sije (played by Tony Leung Ka Fai). He eats a hardboiled egg with a duck embryo inside, grossing out his mistress.

For all its fetus-chomping (and Qing goes through a lot of dumplings), the movie doesn’t really take a stance on abortion. It shows that there are places where women can have them legally, and the only illegal abortion happens after Mei does everything she can to talk someone out of it. A mother wants one for her 15-year-old daughter because she’s five months along. They can’t afford the fees and don’t wanna deal with answering questions about who the father is (her father). That abortion eventually ends badly because, y’know, it’s illegal. Chan treats each of these interactions with respect… he also doesn’t shy away from presenting you with what it means to have an abortion. The scene (ditto the self-induced one in the extended NYMPHOMANIAC: VOL. 2) is much more affecting than the birth at the top of the unrated HILLS HAVE EYES 2 because it’s a masterclass in showing everything but, whereas the latter goes for the money shot and comes up a few bucks short. 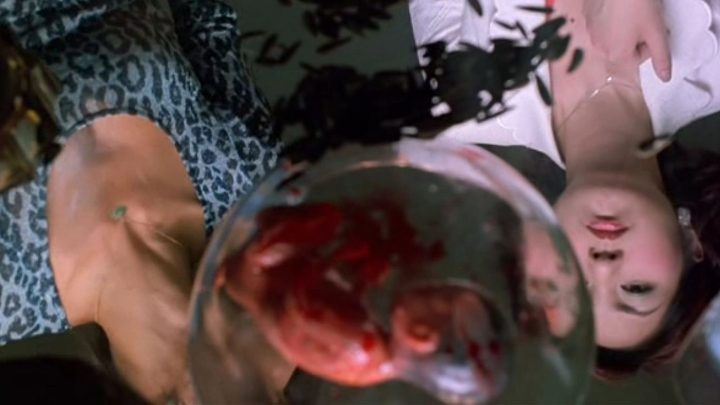 If anything, the abortions and fetuses are symbols of desperation. Women don’t get abortions because they lost a bet: they’re the last choice of an intense situation. Qing and Sije don’t eat fetuses for fun: they’re afraid of being old. When she eats the dumplings made from incest, rashes break out and she smells like fish. But they worked. The Lis don’t have any children though they’ve been married for ten years, and the doctors don’t know whose fault it is. Qing finds out that Sije’s mistress is pregnant with his baby, and this breaks her because it means that she was the problem. Qing confronts her, telling her that she’ll pay double what her husband is if she’ll abort her five-month-old fetus. In the operating room, Qing gives very specific instructions to the doctor about how to perform the abortion. She wants it fresh, she wants it free of medicine, she wants it alive, and she wants to watch. The doctor and, more importantly, the mistress agree. 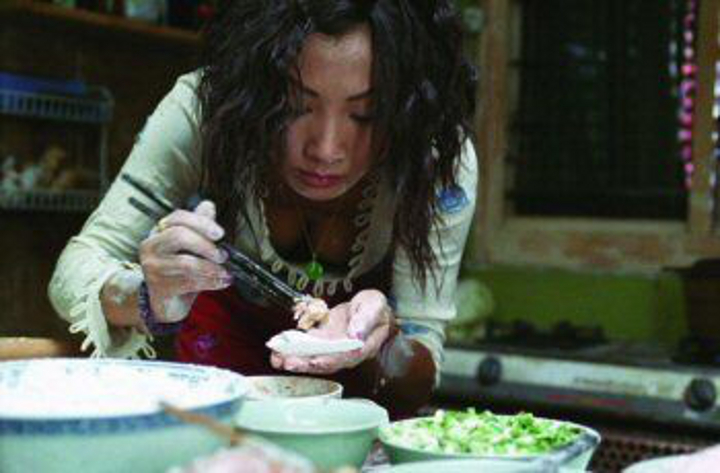 DUMPLINGS ends with Qing making her own dumplings, since Mei ran off. There’s no joy or sorrow on her face. Seemingly, she’s dead inside. Yet she still wants to look younger for her husband. Even though he’ll cheat on her, no matter how youthful she is (he fucked Mei after eavesdropping on a phone call). Because she’s desperate to be who she was, instead of whom she could be. Thanks to a world that doesn’t wanna grow the fuck up.