I am not sure who saw 2010’s THE WOLFMAN and thought franchise, but apparently it was someone at Universal Studios. I have known about WEREWOLF: THE BEAST AMONG US for a while but this is the first time I have heard that it’s a direct sequel to THE WOLFMAN. Kinda fucking weird if you ask me. I mean that film was okay, I didn’t outright hate, the film had moments where it really worked for me but it completely fell apart in the third act and in no way did I think it warranted a sequel. Anyway, we now have the first official trailer and I thought I would share it with you Bastards to see what you think:

I think this looks okay, it looks like they are going for more of an action vibe than a slowly haunting experience, but I would check it out. The film is out on shelves October 9th. 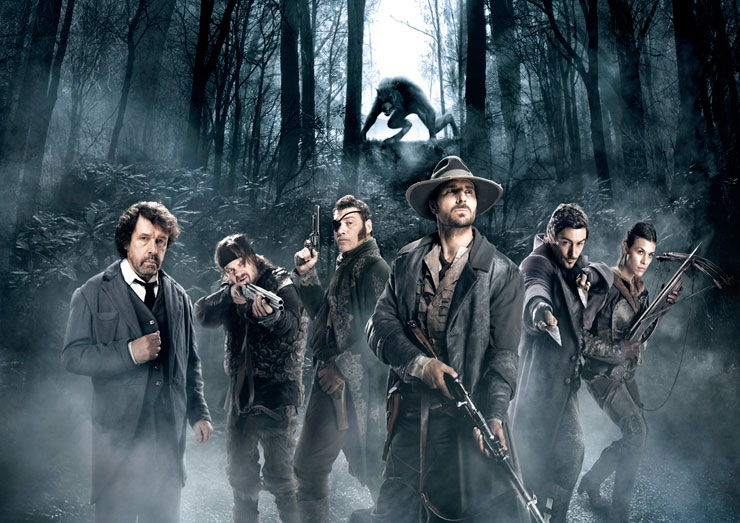 Here’s the skinny on the flick:
During his studies with the local doctor (Stephen Rea), Daniel (Guy Wilson) witnesses the horrific consequences of werewolf attacks. Watching as the beast’s fearsome reputation draws bounty hunters, thrill seekers and charlatans to the tiny town, Daniel dreams of destroying the ruthless predator. So when a mysterious stranger (Ed Quinn) and his team of skilled werewolf hunters (Stephen Bauer, Adam Croasdell) arrive to pursue the monster, he offers to join them, despite his mother’s (Nia Peeples) protests.

But it soon becomes clear that this creature is stronger, smarter and more dangerous than anything they have faced before. As casualties mount and villagers see their neighbors transformed into ravening monsters, the townsfolk take up arms against each other to find the true identity of the werewolf. Amid the hysteria, Daniel begins to suspect he’s closer to his target than he ever dreamed.