Home  ⁄  The Wire  ⁄  WHEN ONE DOOR CLOSES: HOW RESIDENT EVIL’S DOORS SUBVERT EXPECTATIONS OF WHAT A SAFE SPACE IS

In 1996, the Resident Evil series had its first of many iconic moments: zombie dogs jumping through the window to attack the player. This started a design philosophy that would become a core pillar of the franchise for 25 years: the concept of temporary safety. Your first lesson: you could no longer rely on a hallway to stay free of enemies, at least so long as it was a window on the ground floor. Even in a pre-rendered background, something could jump out to eviscerate you at any moment.

Capcom would continue to play mind games with players by constantly upping the ante on this idea. Temporary safety permeates every part of the game design down to the safe room music- while you’re able to relax whenever you hear the soothing melody, that moment of calm is always fraught with tension underneath, highlighting that you can’t stay there forever. If you want to escape the nightmare, you’d have to travel out that door, back outside.

An often overlooked tool in Capcom’s tension-building playbook are the very doors you pass through. For those new to the series, allow me to explain: Old-school (fixed-camera angle) Resident Evil games are known for their iconic loading screens, which play an animation of a door opening prior to your entering the next room. During this screen, as you watch the door unlock, the ambient noise of the environment and the non-diegetic soundtrack all fade away, leaving you with just the sound of the knob turning, the door creaking open, and then shutting behind you. You have just enough time to wonder what’s on the other side.

Though the loading screens are often criticized now as outdated relics that bog down the pacing, at the time they were an economic solution to the problem of how to keep the atmosphere present during your down time. The door animation was the inhale before a sigh of relief or a scream. The best doors added to the tension by playing into your fear of the unknown. When you were in the black void of that loading screen, you felt dread as you contemplated potential safety or danger, with only the condition of the door and the sounds it emitted as clues to what awaited you.

While typically a loading screen should be the only time you’re guaranteed to be safe from enemy attacks, Capcom deviously threw in a few surprises to keep you on your toes. In the original Resident Evil, attempting to leave the mansion through the foyer’s main doors results in a first person animation of your character starting to open the door, before a zombie dog wedges its head in the opening and snaps at you.

Later, as you finish exploring the mansion’s basement kitchen, you’re treated to another first-person cutscene- of someone else slowly shambling down the steps outside. You recognize the door they’re moving towards as your only exit, and see their rotting hand turn the knob. The zombie enters the room in an encounter that blurs the lines between loading screen and an intentional scare tactic — proof that the emphasis on door animations is an intentional way of seeding danger around every corner.

The fear of exploration in these games comes from how Capcom takes established rules and breaks them, thus ensuring you can never really trust your reality. Most people tend to recognize this in the enemy design, such as the times when Capcom subverts the idea that enemies stay in the rooms you find them in, introducing enemies that can chase you from room to room. But what’s less visible is how level design works in tandem by priming the player for a scare, or lulling them into a false sense of security with a well-lit, cozy hallway before a tyrant bursts through a wall to attack you. These rules only need to be broken once, and you’re on edge for the rest of the game. Some of the most memorable doors in the Resident Evil series can be found in Resident Evil 2. These doors leverage the momentary respite from the passage to the next area to contribute to the pacing of its scares.

One of the most memorable doors in RE2 is, visually, the most forgettable. After obtaining a valve from the storage shed just outside of the police station, attempting to open a non-descript gray door to the parking lot results in what starts as a typical loading screen. When the door opens, though, you’re ambushed by two zombies. Panicked horror strings fill your ears as the gameplay resumes in the storage shed, with the undead pair seconds from grabbing your character. This type of loading screen ambush never happens again in the series, but many RE die-hards point to this encounter for their permanent distrust of any door. The jump scare plays so well precisely because it was a featureless door; as a result, any suspicious looking door earns twice the amount of scrutiny.

For instance, take the double doors that lead to the low temperature laboratory in the B4F east area passage. These doors make you question what’s on the other side through their design:

The visual and audio design forces your mind to do all the work in scaring you. These lab doors are a gold standard for how Resident Evil doors contribute to the pacing and atmosphere of the level, capturing the player’s imagination. They illustrate best how doors in RE are more than transient egress; they’re an intersection of art, animation, and sound design that leverages the temporary safety of the loading screens to build anticipation for the next scare.

On my first-ever playthrough of RE2, I opened these lab doors expecting to fight some horrific frost monster; compounding my suspicion was a thick layer of fog permeating the room itself, as if something was hiding inside it. But it’s a false alarm: the only point of interest in this room is some bizarre machinery you need to interact with to progress. It might be tough to appreciate now as a modern gamer, but at the time those doors unsettled me even on repeat playthroughs.

But alas, these tactics can’t work forever; repetition is the death of horror. So, in later entries, Capcom evolved their door game to continually torture their players. By now, it’s well known that Capcom pioneered their pursuer archetype in Resident Evil 3, with a persistent Nemesis that chases you from room to room in specific sections. Though you still get a loading screen breather every time you escape a room he’s in, once you resume control of your character it’s a matter of time before he’s back on your tail.

One criminally overlooked moment, though, comes at the end of your time in the clock tower section. Your main player character Jill is incapacitated after seemingly killing Nemesis, and recovers in a chapel room while you play as Carlos, who is tasked with finding a vaccine to cure her. On your trip back, Nemesis crashes through a wall, shirtless, mutated, and mad as hell. But, he’s not after Carlos — Carlos is just in his way.

If you’re too slow, Nemesis will destroy not one but two doors on his rampage to finish off a wounded Jill — and, in doing so, Nemesis quite literally destroys a loading screen you normally have to sit through on your way to the chapel. How cool is that? This reveals that the false loading screen wasn’t there to aid game performance, but to set an expectation that Nemesis would then smash, escalating the conflict between you two. You can’t even rely on having that five second breather anymore. When you leave the chapel as Jill, your trek to the next loading screen — and thus your time spent fleeing Nemesis — is much longer.

As the game performance in the series improved, there was less down time spent between rooms, with loading screens only occurring as you transitioned to different zones. This coincided with a greater emphasis on action, and so Capcom introduced door mechanics as a new method of creating tension. Starting in Resident Evil 4, you could now control the speed at which you open a door- tap the button prompt once to gently push it open, or double tap to kick the door in, potentially stunning enemies on the other side.

Though the transition to action and more open encounters removed the need for animated door loading screens, this new gameplay option established tension that was appropriate to the faster pace, teaching players to always be on their guard. Every time you open a door, you’re now anticipating if an enemy in the next room will greet you with an axe to the face. When running from enemies, you’ll find yourself rapidly pressing buttons to open the door as fast as possible, giving you an outlet for your panic. In certain sections, if you’re too overwhelmed, you could barricade the doors and windows with furniture. Though you have greater control over the entrances and exits to any given room, this same agency is a source of anxiety — if you fail to properly manage the flow of enemy “traffic,” it could spell your doom.

Eventually, after a trilogy of action-focused entries, Resident Evil 7 transitioned back to slower paced encounters, in photorealistic graphical fidelity, and in VR (if you dared). Your character is often at the mercy of a superhuman, nigh-invincible family that spends most of their time hunting you, berating you, attempting to saw off your limbs, or some combination thereof. Initially, when you’re too weak to fend them off, you have to engage in a cat and mouse game that involves hiding behind furniture, or peeking around corners. A new feature in this particularly immersive entry is the ability to crack open doors slightly to peer in without alerting your captors. The door mechanics in this game help express your disempowerment. You can no longer kick a door into their face; merely slam doors shut behind you to impede pursuing enemies. Anything to buy a few precious seconds to flee to safety- what’s left of it.

No matter the game, Resident Evil’s doors are a source of dread because of how they constantly redefine what safety is. They innovate on ways to make the environment feel threatening and reactive, which works in tandem with the enemies to provide the illusion that you’re constantly being hunted. People tend to focus on the impeccable enemy design in the foreground of the series, but in the background is the level design which is what enables the danger. After all, the enemies are only as scary as the environment sets them up to be. And like a gateway to hell, Resident Evil’s doors could contain your next tormentor. Or they could house nothing at all.

They say that when one door closes, another opens. In Resident Evil, there can be no greater threat. 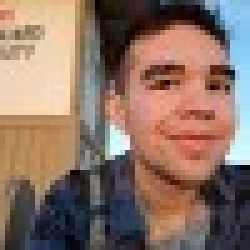 He writes about: characters burdened by trauma attempting to overcome the past, how horror games mine personal anxieties to make the scares more intimate, as well as piss mechanics in Kojima games. It takes only two beers for him to lecture strangers at the bar about why Halo 3 was the pinnacle of the console FPS.