Home  ⁄  The Wire  ⁄  [PREMIERING THIS WEEK!] SLASHENING: THE FINAL BEGINNING

Troma — you know them, you love them, perhaps hate them, but cannot ignore them. They’re a legendary exploitation film production company that has launched the likes of cult classic monster icon The Toxic Avenger and creator of the upcoming SUICIDE SQUAD reboot James Gunn through the watchful, batshit-crazy eye of Lloyd Kaufman.

To salve our wounds from the hellscape of 2020, they have blessed us with the most biting millennial slasher satire of our time, and the sequel to 2015’s SLASHENING: director Brandon Bassham’s SLASHENING: THE FINAL BEGINNING. 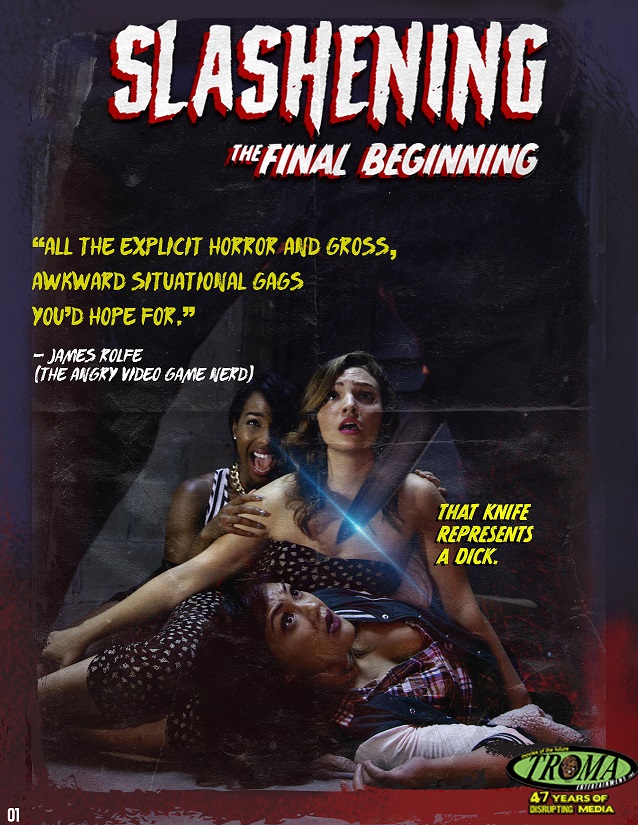 Buckle the fuck up.

Following the aftermath of a horrific mass murder called the Long Island Slashening and the escape of the wanted madperson responsible, SLASHENING takes the audience on a wild ride of obnoxious deaths, razor-sharp critiques of stereotypical millennial culture (a five-minute sobriety check to determine consent, and several men starting every conversation by assuring women they are not Those Kind of men, for example), and genuinely hilarious dialogue, starting with the strongest opening ten minutes I’ve ever seen from a Troma film, and to be frank, a lot of “meta” slasher films in general. By Minute 20, I had already cried laughing, more than once.

If you’re part of the faction of humanity that is really sick of the Portlandia flavor of upper-middle-class white millennial, this film is essentially tailor-made for you. Half of the deaths could have been preventable if the kaleidoscope of characters would stop trying to mansplain wine, looking for their ukeleles, singing in a really obvious parody of The Mountain Goats (complete with banjo accompaniment and faux-rap breakdown), and debating the social ethics of fighting back against a serial fucking murderer.

The  commentary only gets stronger as the film unravels into a full display of the hypocrisy of “woke” white culture: Black business owners surviving as the millennial trust fund white Karens get slaughtered after one sings a rap song explicitly about Blackness, “empowerment movement” feminists and voyeurs left in pieces while the out-and-proud sex worker is left in peace to do her thing, and the male cast keep self-flagellating longer and longer until a woman utters one of the best rebuttals of frustrated rage I’ve heard in recent years.

The production quality is the usual for Troma, only making the deaths funnier — as usual, the acting is wooden and one-note, and the sound effects are seemingly stock, and it’s beautiful. It’s always a massive release (eh? eh?) to see a film crew let loose to go down whatever strange rabbit hole they desire to go down, and it’s been a long time since a film has kept me in stitches throughout an hour and a half run time that honestly flies by. It is almost impossible to discuss this film any more in depth without spoiling entirely too many of the non-stop jokes and hilt-deep knife digs.

You just have to see it. 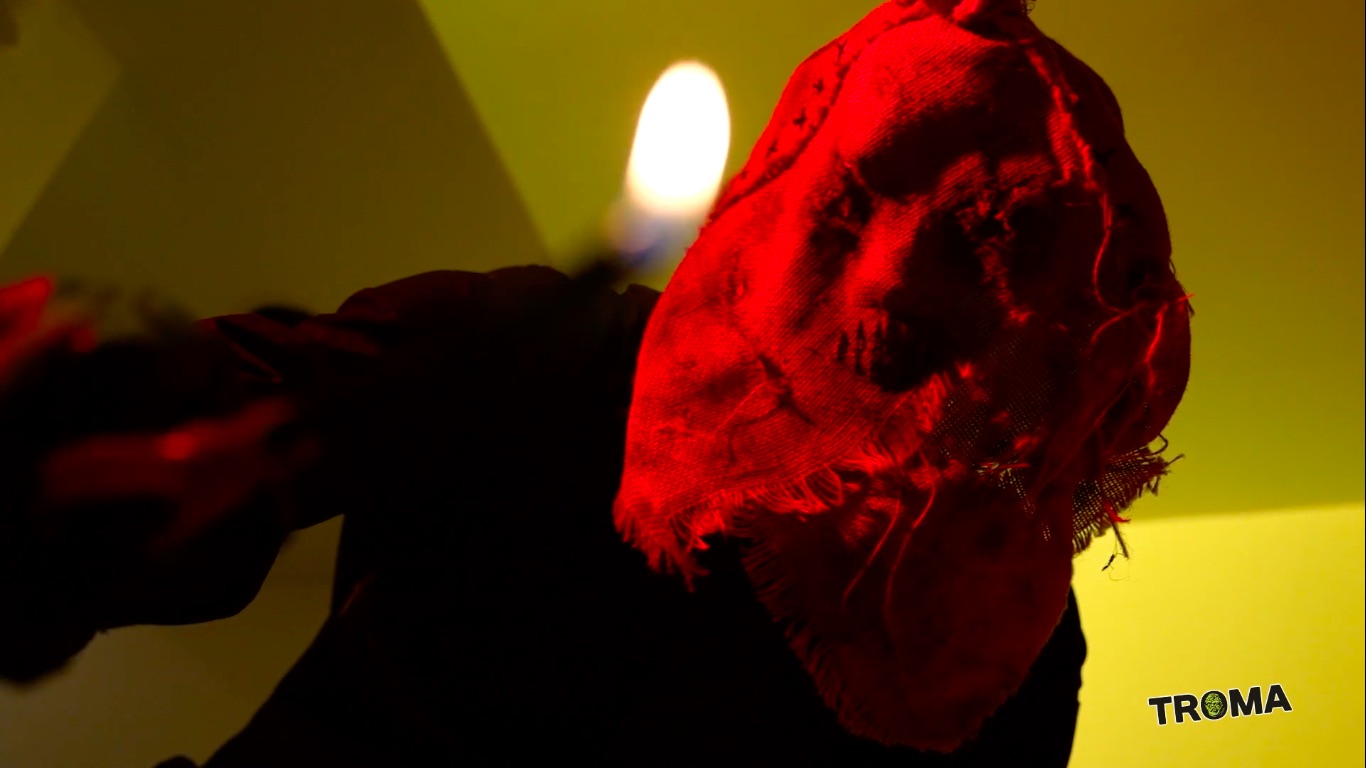 On April 29th, there will be an in-person Los Angeles premiere at Laemmle Noho 7.

SLASHENING: THE FINAL BEGINNING actors Madonna Refugia, Rasheda Crockett, Patrick Foy, Carrie Seidler and Addie Weyrich and director Brandon Bassham will participate in a Q&A at the NoHo after the April 29th screening.On April 30th, the film will have its virtual premiere on Laemmle’s virtual platform. Get the Laemmle app here! Don’t miss out! 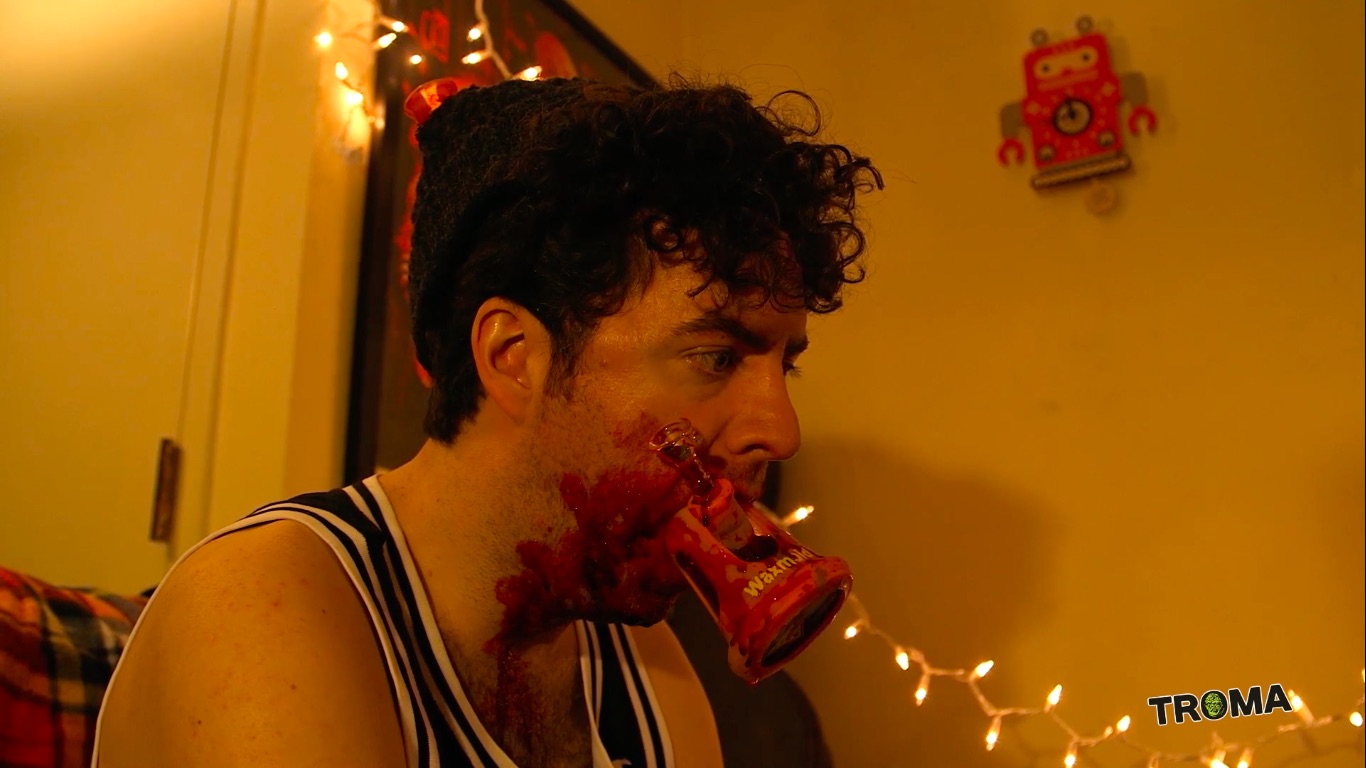