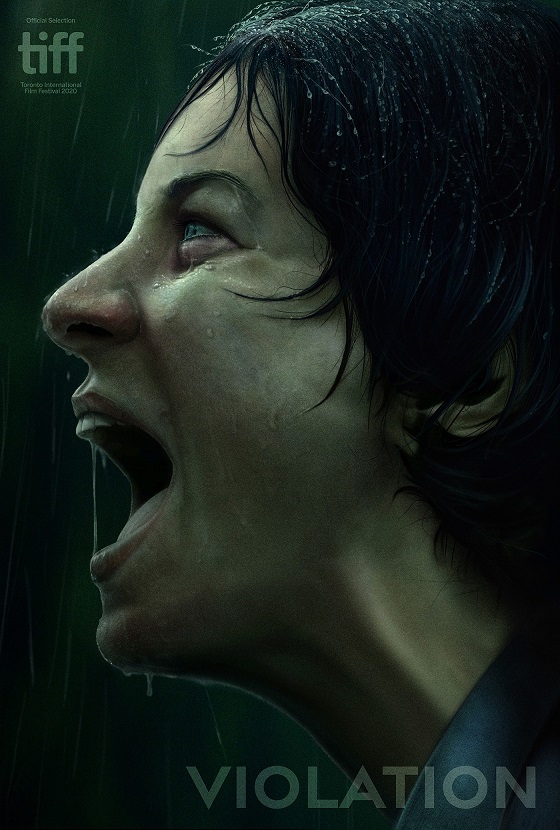 The release of the 2017 film REVENGE marked a shift, one where female filmmakers tackling the exploitative subgenre of rape-revenge were put in the spotlight. While women directing these films was not necessarily new with REVENGE, Coralie Fargeat’s debut feature opened up the world of reclaimed exploitation to a wider audience. There’s so much potential for empowerment and subversion within the subgenre to reclaim female autonomy. The latest film to prove such a point is Dusty Mancinelli and Madeleine Sims-Fewer’s VIOLATION, which premiered as part of TIFF’s 2020 Midnight Madness program.

Sims-Fewer plays Miriam, a woman who has a rocky relationship with her husband and an even rockier relationship with her sister. She visits her sister Greta and brother-in-law Dylan after years of estrangement in an attempt to fix things. However, when she is raped by her brother-in-law, no one believes her trauma, not even her sister. In an attempt to protect herself, and her sister, Miriam decides to embark on revenge that perhaps doesn’t bring the closure she hoped for.

VIOLATION’s story is not revealed through a linear narrative. Rather it moves fluidly through time like the way you experience a flood of memories. It is a look into the brain of someone who has suffered from trauma, recounting their experiences as they come, trying to piece together the timeline and understand exactly what happened. VIOLATION is a journey through Miriam’s trauma, which not only comes from her rape, but from her act of revenge as well. 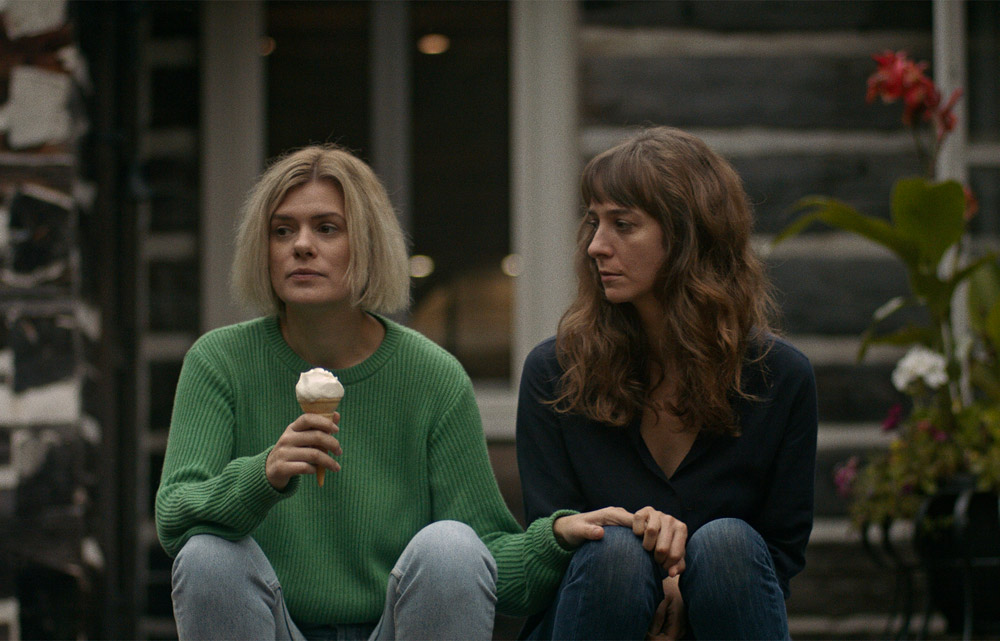 As seen in recent rape-revenge films such as REVENGE and MFA, VIOLATION is not about rape by a stranger, but rape by a trusted close friend. Mancinelli and Sims-Fewer create a more complex and nuanced relation relationship between Miriam and Dylan. There is a history between them as they grew up together, experiencing their childhoods side by side. There is an uneasy chemistry between them as they laugh by the fire and drink wine. Miriam can be herself with Dylan. Yet, he betrays that trust by assuming she wants to have sex while she is passed out drunk. To her sister, there is no way Dylan could do that; Miriam must have seduced him and is trying to make herself look good. Herein lies the common experience with sexual assault — the blame all lies on the woman.

Unlike most rape-revenge films that provide some sort of catharsis, Mancinelli and Sims-Fewer avoid that and instead provide a much bleaker and perhaps realistic perspective on what comes with revenge. It is an agonizingly long scene with no score that moves between tension-building long shots and close-ups of Miriam’s face as she cycles through different emotions, from rage to fear to regret. The agonizing process of setting up, the act of murder, and the subsequent clean-up gives Miriam time to contemplate what she has done; this is a film about the emotional consequences of trying to reclaim one’s power. 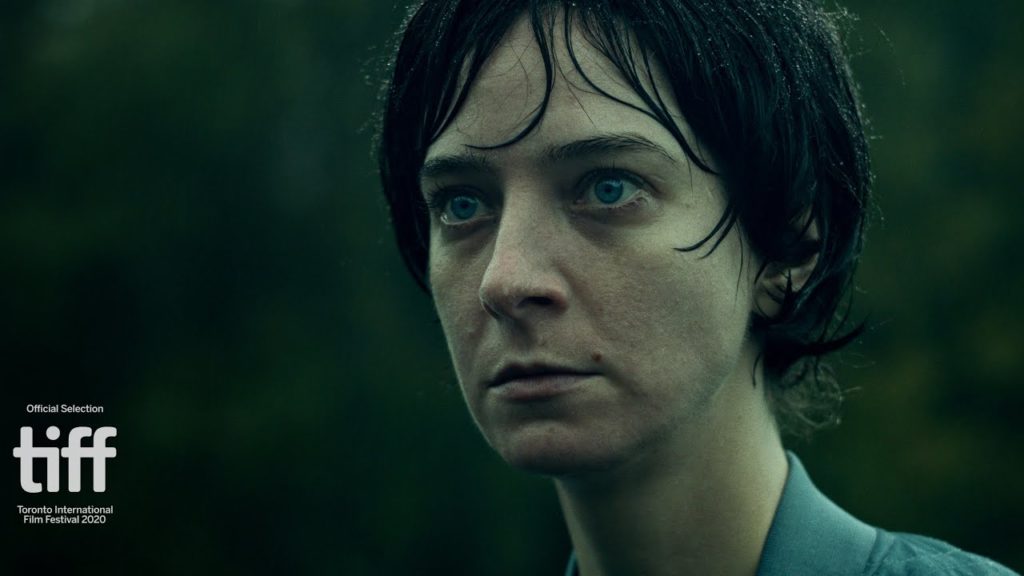 Sims-Fewer’s performance is heart-breaking and makes VIOLATION all the more complex. She is not necessarily a sympathetic character, with her own flaws that are never hidden to make her more palatable. In her messiness, Miriam adds another fascinating layer to the film, one that questions and probes assault as more than just a black-and-white scenario of good and evil.

Nothing about this film is easy to watch. This is not made with the viewer’s comfort in mind. Instead, Mancinelli and Sims-Fewer want to depict the deep guilt, shame, and confusion that comes with seeking justice against the one that wronged you. But reveling in that uneasiness and embracing it instead of resisting it, the viewer is taken on an emotional journey unlike they’ve ever seen in the subgenre. VIOLATION further proves that female filmmakers bring a crucial perspective to rape-revenge films, which shows that despite the difficult subject matter, these films are more important than ever. 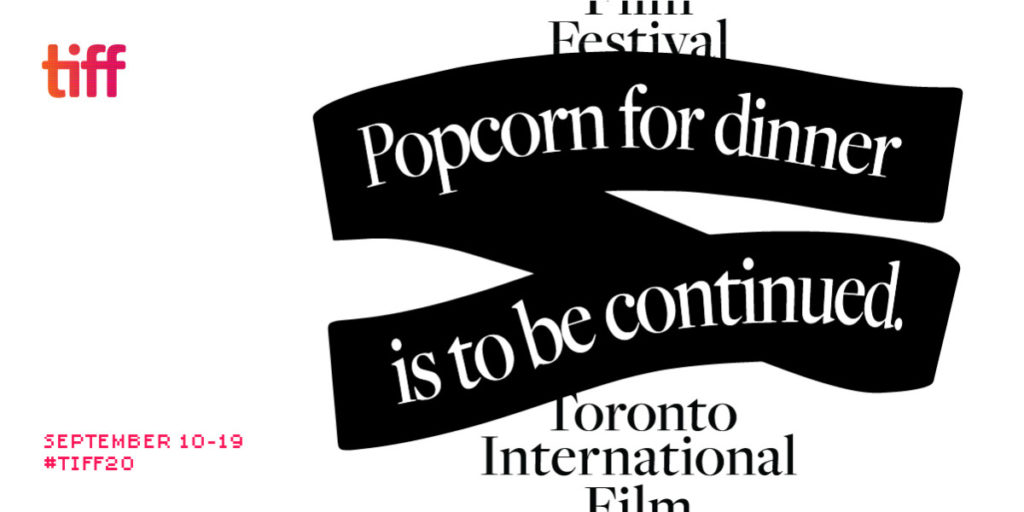