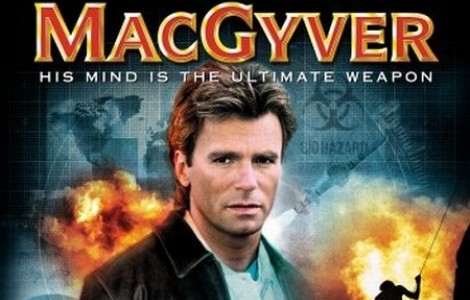 The news broke earlier today that James Wan, the writer/ director of the first SAW film and the solid possessed kid tale INSIDIOUS, has been potentially tapped as a director of New Line’s cinematic reboot of “MacGyver,” the fondly-remembered ‘80s staple starring Richard Dean Anderson as the title secret agent with the knack to make anything out of anything. The reaction so far has been mostly puzzled by both the idea and the choice of directors, as many film pundits point to the mere existence of the Will Forte flick MACGRUBER as evidence that a MACGUYVER film is pointless. As Badass Digest writer Devin Faraci notes, “It would be like if BOYZ N THE HOOD came out after DON’T BE A MENACE TO SOUTH CENTRAL WHILE DRINKING YOUR JUICE IN THE HOOD.”

It’s a fair point – after all, after the Wayans Brothers flick, the inner city crime drama was banished into cinematic oblivion, and movies like TRAINING DAY, HUSTLE & FLOW, PAID IN FULL, STREET KINGS, BABY BOY, 8 MILE, ATL, IN TOO DEEP, NEVER DIE ALONE, GET RICH OR DIE TRYIN’ and BELLY went straight to video, ignored by audiences and critics and confined to late-night showings on BET. The Wayans family truly solidified their status as the master prophets of the final word in a cinematic genre, much as their first two SCARY MOVIE films destroyed horror films forever, causing horror bloggers everywhere to weep into their EVIL DEAD coffee mugs (the original artwork, NOT the skull from EVIL DEAD 2, because they’re not half-assed midnight movie hipsters) as they were now deprived of any new horror films to talk about. 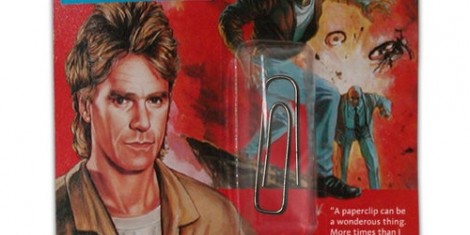 The idea that “Well, it’s been parodied, so there’s no reason to do it” is less of a reason to dismiss the MACGYVER project and more of a reason that the talks with James Wan makes sense. Ideally, MACGRUBER should have about as much of an impact on a MACGUYVER reboot as SUPERHERO MOVIE did on Christopher Nolan’s THE DARK KNIGHT – a reminder to not treat the concept as a joke.

It’s true that the existence of MACGRUBER, fresh in the heads of its’ dozen viewers, does take the place of a tongue-in-cheek, STARKSY AND HUTCH-like reimagining of the concept. This can only work out for the best, as a meta, self-referentially jokey “updating” of an older franchise has been done to death. Instead, a director like Wan, taking the fact that MACGUYVER has been parodied to the point of absurdity already (MACGRUBER being the most obvious example, though Patti and Selma Bouvier’s obsession with him on “The Simpsons” ranking a close second) into consideration, can use it as an excuse to go back to the core concept of the show.

And the core concept is sound. For as silly and repetitive of a show it was (and in the realm of ‘80s action series, it’s not THAT silly and repetitive – as someone whose mom wrote MacGyver fan fic, I should know), the idea of a secret agent with an encyclopedic knowledge of science, able to solve complex problems with everyday materials he finds at hand, whose devotion to non-violence prevents him from carrying a gun, is the base core of a potentially solid action flick. A clever writer could certainly come up with a host of solid set pieces, and with that in mind, Wan is a nearly perfect choice as someone whose entire career is built on wringing the most clever twists out of a basic concept. 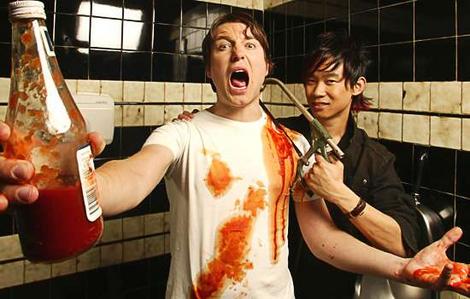 It’s way too early in the planning stages to dismiss MACGYVER, or Wan, out of hand entirely, but the potential is certainly there. Like any film, of course, there’s a lot riding on the plotting, scripting and casting, and this could certainly end up in LAND OF THE LOST territory, but there’s no reason to instantly think it’s going to be awful. We’ll find out if they suddenly sign Nick Swardson – then you can start to whine.