Films about musicians have a dicey track record. When they go wrong, they can use their musical sequences to manipulatively hopscotch over huge swaths of emotional complications by showing the leads gazing intensely at each other while they strum their guitars. In the best of circumstances, which now includes I WILL MAKE YOU MINE, two artforms and routes of emotional expression intermingle and strengthen each other. Vulnerability, humor, and empathy find each other in notes and shots in equal measure, and what remains is a story that hits as hard as unexpectedly finding a valentine in a drawer from years ago. 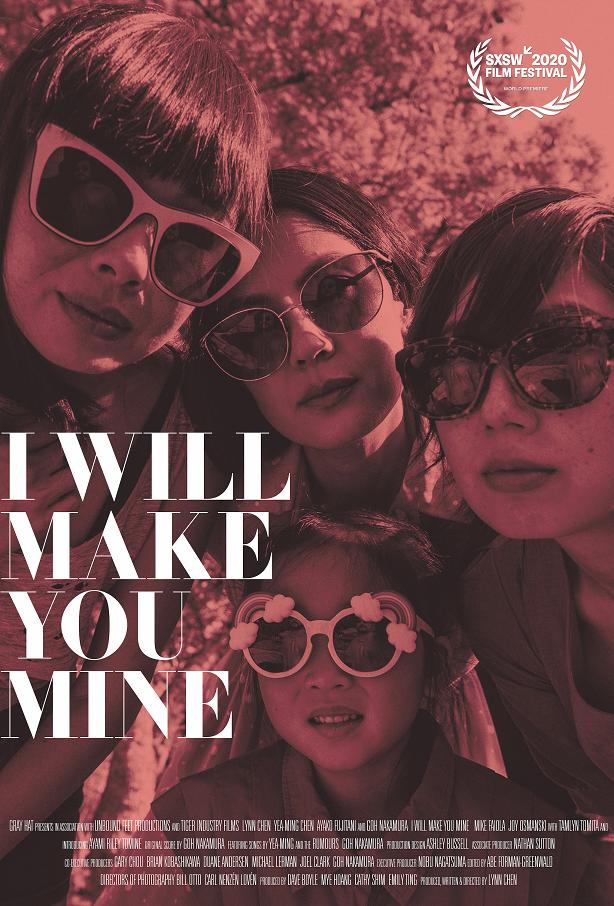 Goh Nakamura was our reluctant protagonist in SURROGATE VALENTINE (2011) and DAYLIGHT SAVINGS (2012), a singer-songwriter whose unpretentiousness and easy, casual charisma was skilfully wielded to hide his constant insecurity thrumming just beneath the surface from the other characters. Both were written and directed by Dave Boyle (he returns as a producer here), who used the “one who got away/what if” refrain from so many songs to propel the plots. For I WILL MAKE YOU MINE, Lynn Chen takes the directing and screenwriting reins, and while the final entry of this low-key trilogy absolutely fits the sleepy, dialogue-focused world of the previous entries, it’s also immediately clear that we’ve graduated to something that’s going to plunge a little bit deeper into the chambers of the heart.

While Nakamura is still the marquee name here, his position in the series has shifted from being the sun that every character rotated around to taking on the much more symbolic role of being the idealized, last-chance-nostalgic figure of the film. He’s just passive enough to have entire missed lifetimes projected onto him from multiple people in his life, but he’s intriguing enough that, as an audience, we get it. We also get to see him at his most unsure: His choices are now no longer based on what will happen, but rather, how to continue building his life after so much has.

We open with hints of secrets and marital dissatisfaction from Rachel (Chen), the polished high school friend of Goh’s who’s long been just out of his romantic reach. We move to Erika (Ayako Fujitani, who’s also known to people like me as Asagi from the 90s GAMERA series), whose fate with Goh was left up in the air at the end of DAYLIGHT SAVINGS. Here, we see that they had an adorable little girl together but are now estranged, which is made all the more plain by the stress Erika is enduring from planning her father’s funeral. Yea-Ming Chen, of the band Dreamdate, was the cool, fun musician in DAYLIGHT SAVINGS, but now she’s also saddled with feeling left behind as she rushes around to catch small gigs as she’s questioned her about why she hasn’t started her own family.

I hadn’t seen the two prior entries until I saw I WILL MAKE YOU MINE, so I can assure you that it works as an effective and entertaining media res character journey when standing all on its own. I do encourage viewers to check the entire series, though; while they’re each worthy going solely by their own merits, the entire series is genuinely emotionally satisfying, and will especially appeal to fans of Richard Linklater’s BEFORE series who may have been craving another laid-back, emotionally focused triptych.

This story is fueled by quiet moments — texts silently read and held just long enough for the emotional beat of the words to hit, furtive, just-missed glances between characters and small montages of them puttering around apartments after an emotional devastation. We’re allowed to see the small moments that make life, life, like picking out the right guitar, trying to endear ourselves to a friend’s small child, or finding out where we stand with a friend we haven’t seen in years. It’s an intimacy that’s so comfortable, even in the moments of social gracelessness.

While showing life taking 30-somethings into different directions is nothing new in the cinema landscape, it’s certainly universal, and in I WILL MAKE YOU MINE it’s so gentle without pulling any punches. It’s fair to all of its characters, showing their moral strengths and weaknesses with equal unjudged empathy. We’re shown how they are with family, strangers, and even how they use social media and technology, and it all serves to elevate the story from “rote indie drama” to something that wants the audience to understand the characters as deeply as the tight script does. It’s a sweet movie that avoids being saccharine, and its beautiful black and white photography helps to give it a timeless feel.

Originally set to premiere at 2020’s SXSW, Lynn Chen’s I WILL MAKE YOU MINE will instead be released on VOD on May 26th on cable on demand and digital platforms.