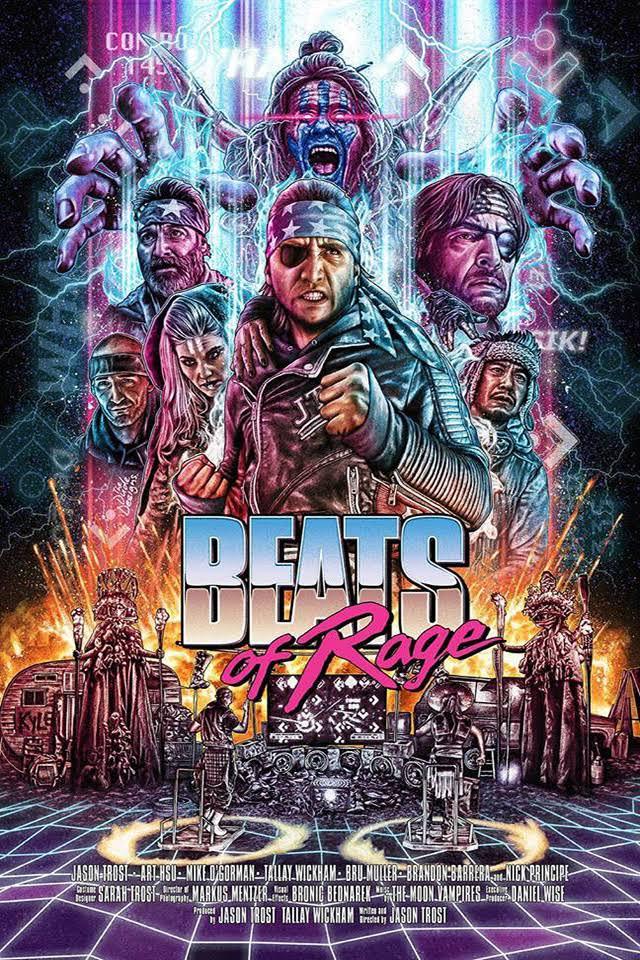 The Windy City Horrorama 2019  film festival line up is boiling over with some of the most insane genre films to grace the screen. It’s going to be an intense weekend of of cinematic insanity.

Closing out the fest is FP2:BEATS OF RAGE, the sequel to the mind-blowing action comedy THE FP. In anticipation of witnessing this madness, we sat down with Jason Trost, the creator of the FP films, to see what he had to say about FP2: BEATS OF RAGE and the future of the FP universe.

Daily Grindhouse: THE FP is such a fun homage to ’80s post-apocalyptic action films. Do you continue with the same aesthetic in FP2: BEATS OF RAGE?

Jason Trost: THE FP2 has a similar aesthetic. But instead of homaging just ’80s action movies, this time we focus more on ’80s fantasy films like CONAN and HIGHLANDER. Any future installments will be based off of different ’80s/’90s genres that have inspired me. 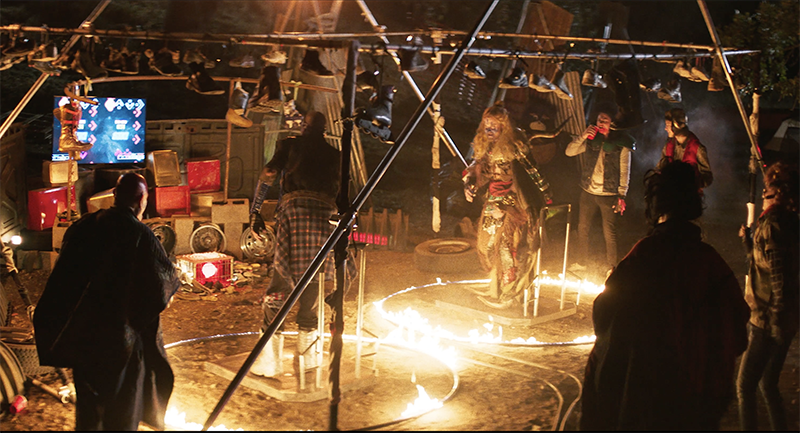 Daily Grindhouse: JTRO, the hero from THE FP is put through hell and back in the first film. What kind of adventures can we expect to see him in FP2?

Jason Trost: In the First FP, JTRO went through a lot, but in the second FP, JTRO goes on an adventure with more adult and personal repercussions, making this his most difficult quest yet. Shit’s tough, but you gotta be tougher than the shit. 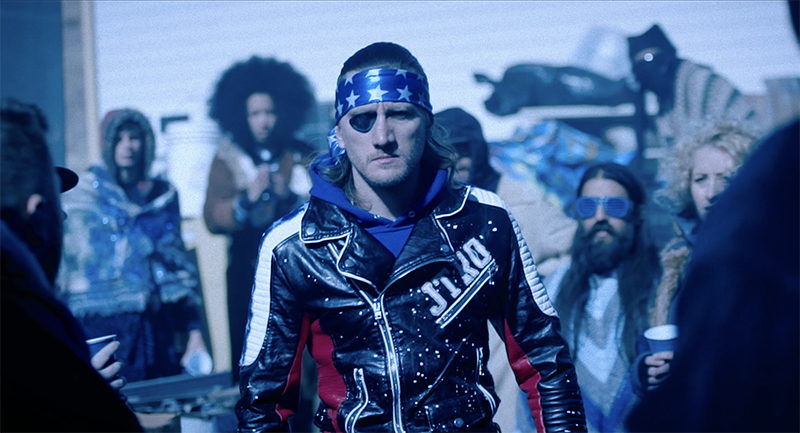 Daily Grindhouse: What films would you say influenced the FP universe?

Daily Grindhouse: The dialogue and wardrobe bring to mind a hip-hop filtered-through suburban mall-culture vibe. Would you say that those are some of your main points of interest you draw from?

Jason Trost: There’s definitely a lot of that. Because that’s the culture I grew up in, living in Southern California. The dialogue is just my mind’s version of what people I’ve grown up with could potentially evolve into, if left unchecked by society. But with costumes, the main note I had for my sister, Sarah Trost, who is an incredible costume designer, was, “Let’s make this look like if Miyazaki made 8 MILE.” 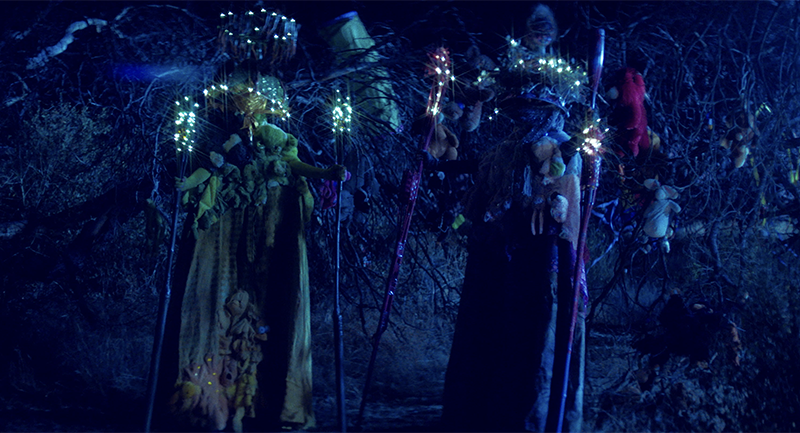 Daily Grindhouse: Is there any part of your real life that is reflected in FP2?

Jason Trost: For sure. I think there always is, with any movie I make. This one was definitely a metaphor about the trials and tribulations I’ve gone through becoming my own independent creative force in a family filled with creative forces. And finding my place in a business that frowns on true creativity. 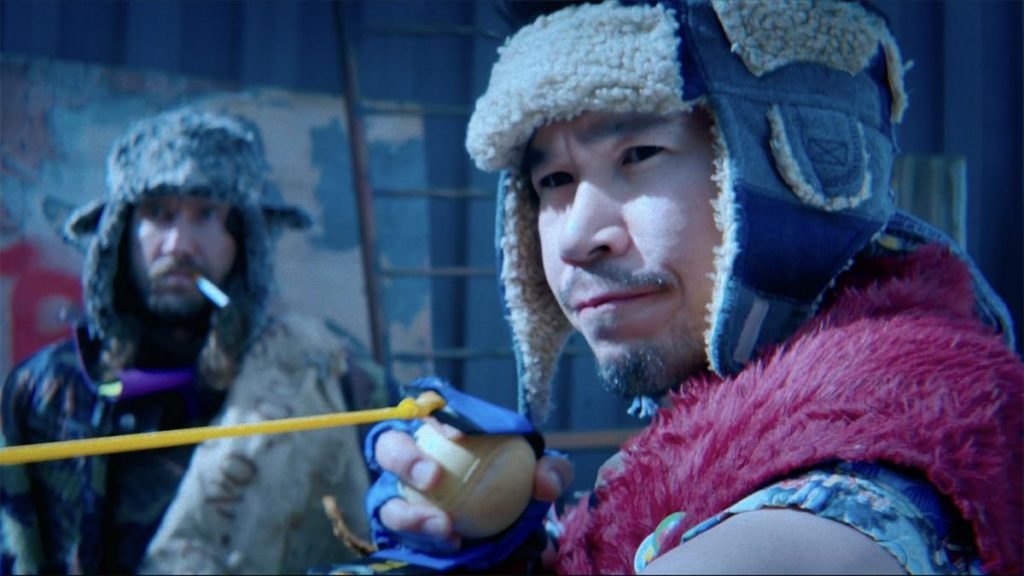 Daily Grindhouse: If you could work with one actor/actress in an FP film, who would it be, and why?

Jason Trost: Arnold Schwarzenegger speaking hip-hop Austrian, please. Because what would be cooler than a hip-hop TERMINATOR? It seems so obvious to me.

Daily Grindhouse: There are a lot of remakes and reimaginings being made lately. Any films that you’d like to have a chance at remaking?

Jason Trost: I really have no interest in remaking anything. I find remakes to generally be insulting, in a way. I’d rather just make my own take on something I love, which is basically what the FP franchise is in a nutshell.

Daily Grindhouse: Anything new or exciting you are working on? What’s the future for you and the FP franchise?

Jason Trost: I keep saying I’m going to make an anthology movie or series based upon the the bookshelf of unproduced scripts I have, but THE FP keeps finding its way back to me. It’s what I daydream about, so I’m clearly not done with it yet. I’ve been funding, making, and releasing this movie myself for almost three years now. I think I’m going to take a month off in May after this movie finally releases on home video, then I wouldn’t be surprised if I did something crazy, like announce an FP3 and 4.