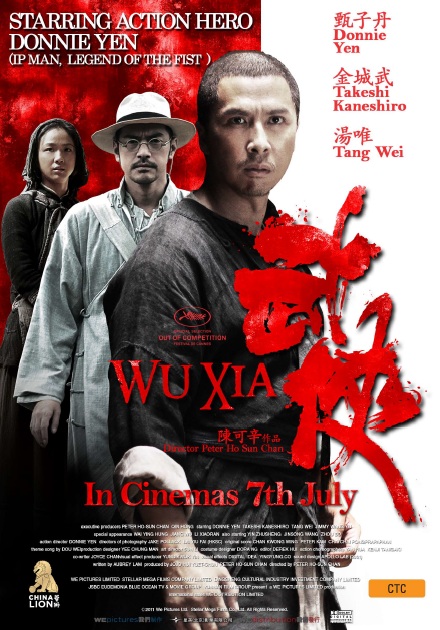 I suppose when you spend a fair amount of time pondering a film’s title rather than addressing any shortcomings, that’s a good sign. That’s where I am with Peter Chan’s 2011 WU XIA. 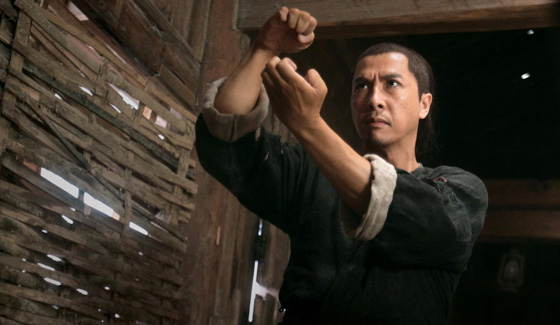 In early 20th century provincial China, Liu Jinxe (Donnie Yen) has a simple, but good life: a papermaker in a small village, he has a wife and two sons. The quality of his paper has brought a bit of prosperity in the village. But when two traveling criminals decide to rob the general store, and set to brutalizing the aged owners, Liu desperately steps in, and after a hectic donnybrook, both criminals are dead, seemingly more by accident than anything else.

But there are things that do not sit right with assistant inspector Xu Baiju (Takeshi Kaneshiro). From an examination of the corpses and the scene of the fight, he begins to suspect that the seemingly peaceful and thoroughly average Liu is not only a martial artist of no small skill, but also a criminal on the run from past crimes. Determined to see justice done, Xu finally bribes a judge for the warrant to arrest Liu, unwittingly alerting the very man from whom Liu is actually hiding – the head of the notorious 72 Demons (Jimmy Wang Yu). 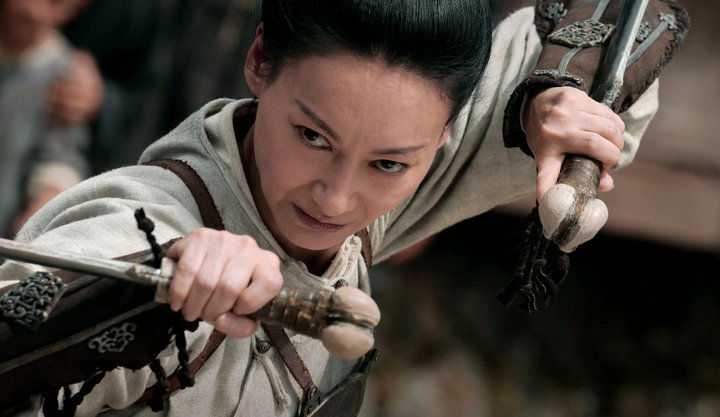 I know what you’re going to say. You’re going to say, “Wait a minute. Isn’t that the plot to A HISTORY OF VIOLENCE?” Well, yeah, sorta. The insertion of Kaneshiro’s character adds a different air of uncertainty to the proceedings. The scenes of Xu reconstructing the fight from the smallest of clues is a fascinating bit of special effects wizardry, as the detective walks through slow motion footage of the fight, observing the carnage. Xu Baiju is an expert in physiology and acupuncture, using the needles to stave off the effects of a poison he was given in a case gone wrong many years before. Also, since that case, he has been haunted by his own doppelganger, who urges him on to satisfy justice. It’s that bit of instability that casts doubt on Xu’s actions.

Kaneshiro plays this sort of brainy character with arcane knowledge well; he was superb as the master strategist Zhuge Liang in John Woo’s RED CLIFF. He and Yen play well off each other, and it has to be said that Donnie Yen’s gentle everyman portrayal adds another level of uncertainty to the investigation. Tang Wei, last seen in Lust, Caution, is alternately lovely and heartbreaking as Liu’s wife, Ayu, who hasn’t delved too deeply into Liu’s past, fearing that he will vanish from her life, as did her first husband. Seeing her character deal with each new twist in her life is particularly moving. 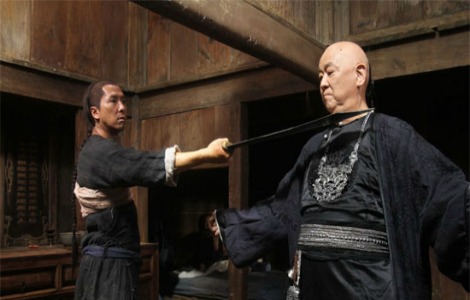 The movie’s plot is classic slow burn material; the gloves do not truly come off until nearly an hour and fifteen minutes in, when two representatives of the 72 Dragons (one of which is the welcome return of another kung fu favorite, Kara Hui) attack the village and Liu must drop his pretense of normalcy and intervene before more people die. It’s a truly electric moment, given that build-up, and the ensuing battle does not disappoint; sadly, I feel the movie never truly reaches that height again, not even in the final fight with Wang Yu, which contains a nicely ironic riff on his earlier career, but also ends with a device so close to an almost-literal deus ex machina that it’s hard not to feel cheated… cool as it admittedly was.

That should not defer you from seeing this – it’s an exceptionally good movie. The cinematography is beautiful, the countryside rendered in lush color, the period design in the village excellent, and the direction, superb. Peter Chan has worked his way up from comedy through horror (Three Extremes II) and into this sort of thoughtful foray into violence – he also directed THE WARLORDS, another excellent movie that I likely would have waxed eloquent over if I hadn’t just seen RED CLIFF.

As to my head scratching over the title; wuxia, as you might know, is actually the name of a genre in Chinese culture, the sort of story with righteous martial artists doing righteous things. That’s not, strictly speaking, what this movie’s about. I think the title came more as a result of the success of the previous year’s Jianghu (in the West, REIGN OF ASSASSINS), which is the term for that “world of martial arts” we keep hearing about, the alternate universe where wuxia stories take place. The agreed-upon international title of WU XIA is Swordsmen, although, again, not so descriptive of what happens. DRAGON is the title given as the “IMDb Display Name”, whatever that means. That title either makes me think of the Bruce Lee bio pic or, God help us, a Clive Cussler novel. 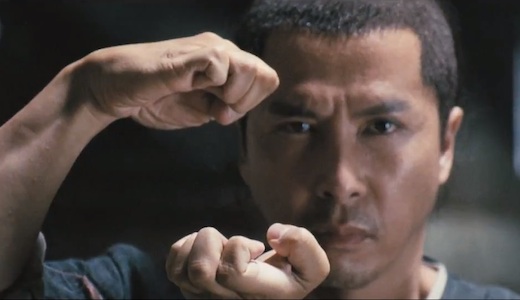 So WU XIA it remains, WU XIA I shall call it. A Donnie Yen movie which, like LEGEND OF THE FIST, does not give us much in the way of Donnie Yen doing what we love seeing Donnie Yen do, but unlike that Andrew Lau snoozefest, uses that lack of action to good effect.