Home  ⁄  The Wire  ⁄  Yuletide Terror Is Upon Us: An Interview With Film Writer Extraordinaire & Spectacular Optical Publisher Kier-La Janisse

Yuletide Terror: Christmas Horror on Film and Television, edited by Paul Corupe and Kier-La Janisse, is the latest (and, at this moment, tremendously timely) page-scorching triumph from Canadian small press powerhouse Spectacular Optical.

DAILY GRINDHOUSE: Take us through the genesis of Yuletide Terror. How did the book come to be?

KIER-LA JANISSE: My co-editor Paul Corupe and I thought of it over a drinks meeting a few years ago — how most of our ideas begin — and put together a rough call for submissions, as well as soliciting certain pieces.

After vetting and accepting certain proposals we got the first drafts in about a year later, and realized where the holes were so we assigned some more pieces or looked for people who had expertise in certain areas. And then it was another six months before we started to really get through the editing of the chapters and could move onto assembling the compendium.

We have about 250 movies and TV shows in it and of course since the book came out a week ago I’ve already seen or heard of at least 20 more things that should be in it! But this is why we wanted to do the book – it is such a rich tradition with very specific cultural variations, and one that new filmmakers always want to contribute to, so the number of Christmas horror films just keeps growing and growing.

DG: Aside from just combining Christmas and horror, what were any other criteria for choosing topics to cover?

Mostly we just tried to make sure there was a balance of different countries, different traditions – the American Santa slashers get a lot of space but also the English ghost story, Eastern European Krampus tales and Nordic pre-Santa myths, and we also tried to make sure to cover the ways that these films addressed specific Christmas traditions – both spiritual and secular. So there are chapters that thematically deal with things like commercialism, dysfunctional families, the Nativity story and so on.

Over the last five years or so I’ve become obsessed with a lot of the British television stuff, which is the topic of the chapter I write in Yuletide Terror (though my chapter is essentially a reworking of a similar article I did for Video Watchdog a few years ago).

So the Ghost Story for Christmas series, Schalcken the Painter, The Stone Tape, the Dead of Night episode “The Exorcism” – all these things are classics in the UK but would never be considered Christmas films here because they are not set at Christmas. Also, I love Richard Williams’ animated version of A Christmas Carol, it’s one of the scariest versions, along with Clive Donner’s version with George C Scott.

BLACK CHRISTMAS, easily. Billy’s maniacal phone calls are so disturbing and it was the first of several movies to exploit that terrifying premise of (SPOILER!) the call coming from inside the house.

Well, I just re-watched both ELVES and TO ALL A GOODNIGHT at the launch in LA and both are very trashy fun, the latter full of hilariously awkward dialogue. ELVES is a bit of an easy one to isolate because it features a barely-articulated single elf puppet (despite the title) who is part of a Nazi plot to create the perfect soldier, with incest and Grizzly Addams himself, Dan Haggerty, thrown in for good measure.

DG: Yuletide Terror feels like it’s perfectly of a piece with what Spectacular Optical has done in publishing so far. What are some of the larger ideas and themes that the books share in common?

The only thing I think they have in common is that they’re all subject to my own tastes, and tonally I aim for the space between academic and pop-cultural writing.

So definitely not too colloquial – as soon as one of our books (Satanic Panic) was used as a text at Harvard, it was hard to not keep that in mind as a possibility for all of our books. So I do want rigorous research even if the ideas are not couched in academic language.

I also am not interested in doing a beginner-level or introductory book – though I realize all subjects can be extrapolated upon or approached in different ways, prompting more publications down the road, I won’t bother doing a book if I feel it won’t, at least for the time being, be the most comprehensive book on that subject.

Kid Power was a bit different, as it was the first book, and I was still figuring out how it all worked, and as much as I love that little book, I wish I’d made it more comprehensive rather than just a selection of essays – I feel it would have gotten way more attention if I’d been more ambitious with it. So I guess I treated that one more like a journal with a specific theme.

I usually team up with film festivals to do book launches and screenings but in this case it’s been more regular cinemas and just accompanying their existing Christmas horror programming wherever we have contributors living, since most theatres do tend to program at least one Christmas horror film each season!

So I’ve done Boston, Brooklyn, LA and Montreal, Stephen Thrower and Derek Johnston did London, Dave Canfield is doing Chicago, Chris Hallock is doing Philly, and Caelum Vatnsdal is doing Winnipeg. All the screenings include Sean Hogan’s short film We Always Find Ourselves in the Sea, which we commissioned to accompany the book launches — and it just premiered on Shudder!

DG: What’s next for you and Spectacular Optical?

What’s next for me and for Spectacular Optical are the same: I’m working on finishing a new book of my own for summer 2018 called Cockfight. It’s about Charles Willeford’s book Cockfighter, the Monte Hellman film based on it, and my relationship to the themes in the story.

I didn’t create Spectacular Optical to publish my own stuff and am averse to that in general, but this book is pretty niche, and it’s also very personal to me. There are a few other anthology books in the works but in too early stages to talk about just yet.

I also have several other projects I’m developing – including a series based on House of Psychotic Women – but since the book is something I can control a bit more I’m focusing on that for the first part of the year.

And then for the second part of the year I’m focusing on a book I’ve been commissioned to write on a silly film I love which will probably come as a surprise to many: GREASE 2! 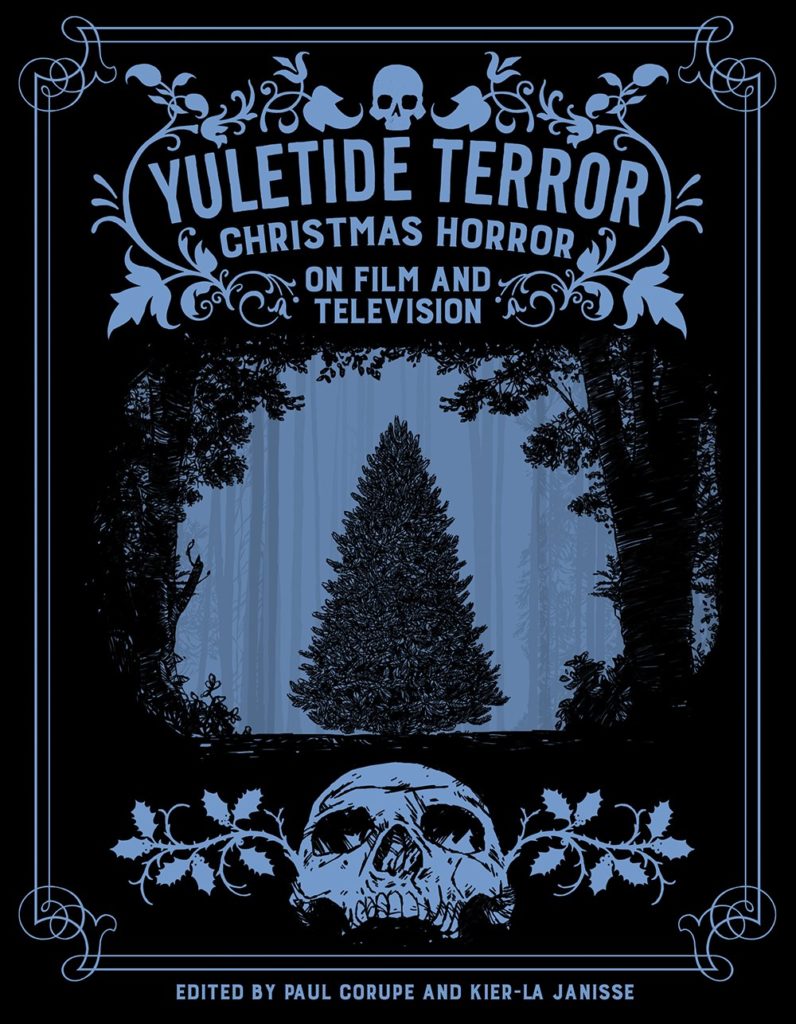