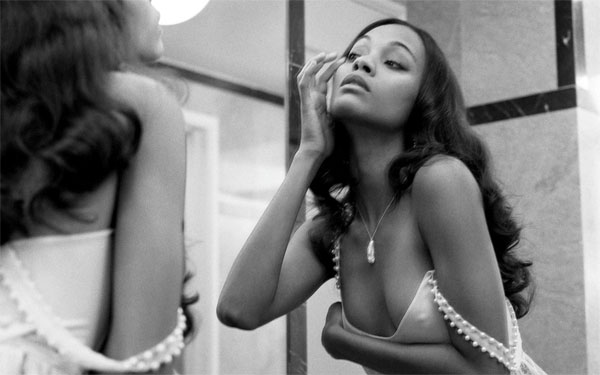 MACHETE KILLS has added another good looking broad to the bordello of blood. Zoe Saldana has joined the cast which already includes Jessica Alba, Sofia Vergara and Michelle Rodriguez. Moviehole had a chance to talk to MACHETE himself, Mr. Danny Trejo who had this to say “The sequel to MACHETE, MACHETE KILLS, is going to be a lot more over-the-top than MACHETE. We’ve got Sofia Vergara, who is a star in her own right, Jessica Alba, Michelle Rodriguez, and Zoe Saldana – and guess what? I get to kiss all of ‘em.”

According to Rodriguez, the plot is setting up the franchise for the third entry MACHETE IN SPACE (which may also be called MACHETE KILLS IN SPACE). “Machete is recruited by the President, that’s true, but there’s no cartel leader and the weapon in space is just one of our early story ideas. That said, there is still a space element, for sure. We’ve given the character a much bigger playground. It’s going to be like a James Bond movie, with a Bond-style villain.”

Trejo told us about the third film back in November. MACHETE KILLS, starts production in the next few weeks. Get ready for bullets… lots and lots bullets. 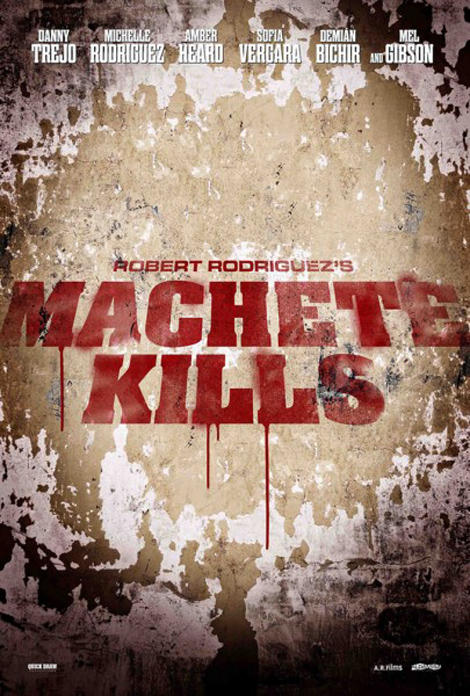