Cannot express in words how much I hated typing that headline. Let me retreat to happier thinking, somehow. 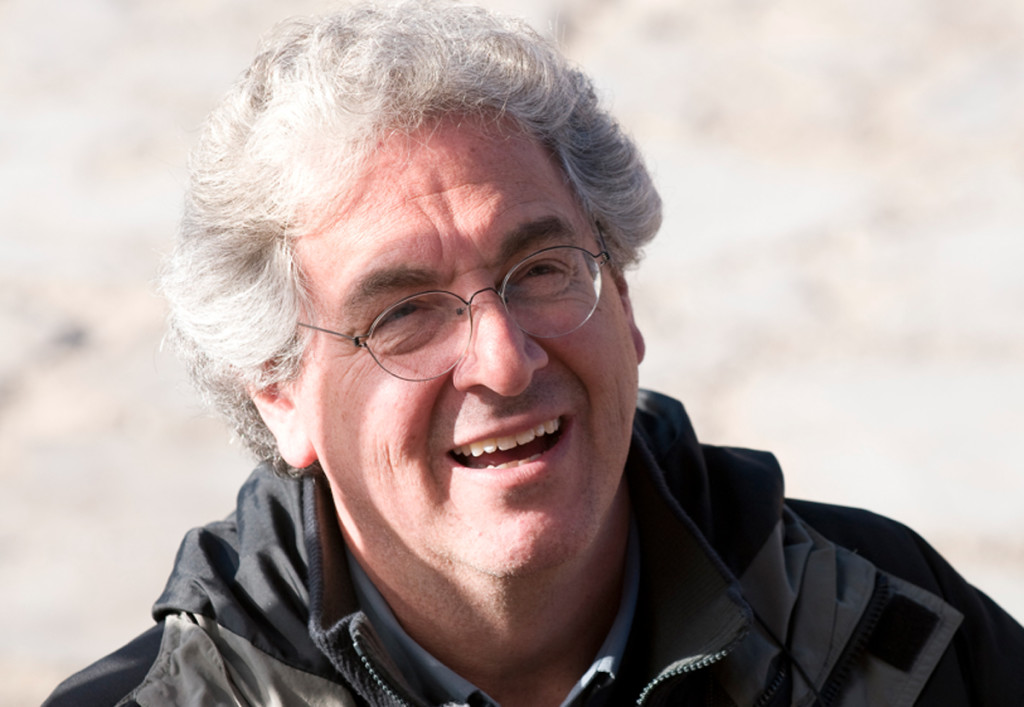 When I was a kid, my cousins and my sister and I watched GHOSTBUSTERS too many times to count. I mean literally. We’re talking hundreds, not dozens. That movie is in my blood. I have absorbed it. It’s a part of me. I am a person who lives movies, and for most of my life that has been my favorite movie, and certainly the one I’ve spent the most time with. 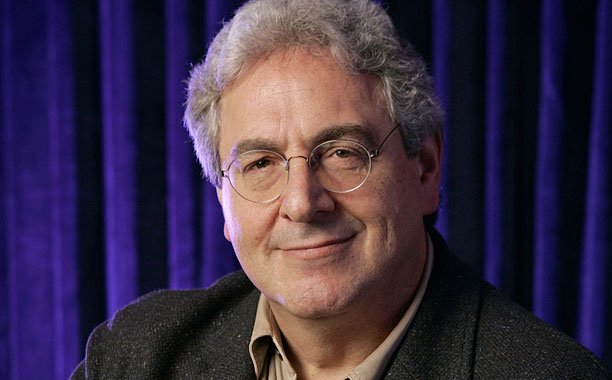 So when the four of us played Ghostbusters in the yard, we’d fight over who got to be Ray and Peter. Weirdly, Ray was the most popular choice with us: He’s the most enthusiastic and child-like and relatable to younger people, I guess. Peter becomes your favorite when you hit adolescence and realize you may not be a superhero or a star athlete but maybe, just maybe, you can be the guy who gets all the best lines. (My sister was always Winston for some reason. You’ll have to ask her about that one.) One thing was true: Nobody wanted to be Egon. That’s not the character anyone dreams of being — despite the fact that he’s the smartest guy in the movie by a mile, the one who makes science fun, the one who almost takes Walter Peck’s head off, and the only one who seems to be able to maintain a healthy relationship. All of that is pretty great, one realizes as an adult. But when you’re a kid, Egon just doesn’t seem that cool.

When you get older, and you start to study movies in school as I did and work on film sets as I did and try to write your own as I still do, you begin to understand what goes into making a movie as indelible as GHOSTBUSTERS, which first of all, is a miracle. It’s hard enough to make any movie, let alone one so endlessly watchable and just about perfect. Watching GHOSTBUSTERS as many times as I did is no doubt what sparked my interest in film as a field of study. Seeing the credits roll so many times made me notice and appreciate all of the names of the people who worked on the movie.

Then comes the research, where you start to piece together all the production history from the various accounts and anecdotes and accumulated lore. As the story goes, GHOSTBUSTERS started with Dan Aykroyd, who saw it as a vehicle for himself and John Belushi. He brought it to Ivan Reitman, and Reitman, who had produced ANIMAL HOUSE, brought in Ramis, one of the writers of that movie. Ramis and Reitman worked with Aykroyd to sculpt what was by all accounts a very different and unruly whirlwind of ideas into the immaculately-structured comedy epic it eventually became. In light of Ramis’ career, it’s quite clear how much phenomenal impact his contributions had on GHOSTBUSTERS. And then, as an actor, he so generously took the dryest character, still funny but nowhere near the steady joke machine that was Peter Venkman, feeding Bill Murray the layups he so resolutely smashed home, over and over throughout the movie’s hundred-and-five minute running time. 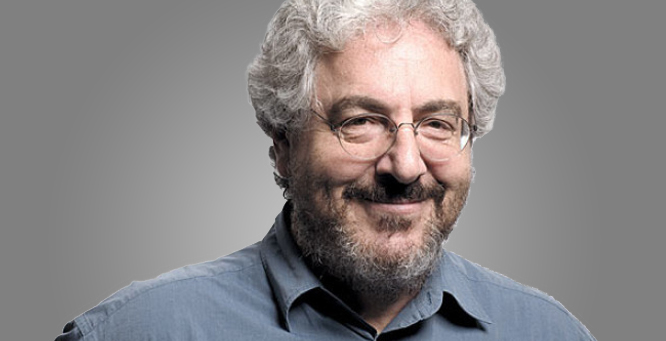 Quite frankly, looked at as an actor only, Harold Ramis would still be in the comedy pantheon for being Bill Murray’s best sidekick ever, as John Winger’s pal Russell Ziskey in STRIPES. His supporting role as Egon Spengler in GHOSTBUSTERS provides sturdy support and grounds the many more wild aspects of the film. As an actor he will always be beloved — just look at that punim. But it was in the roles of writer and filmmaker where he very literally changed the course of film comedy. 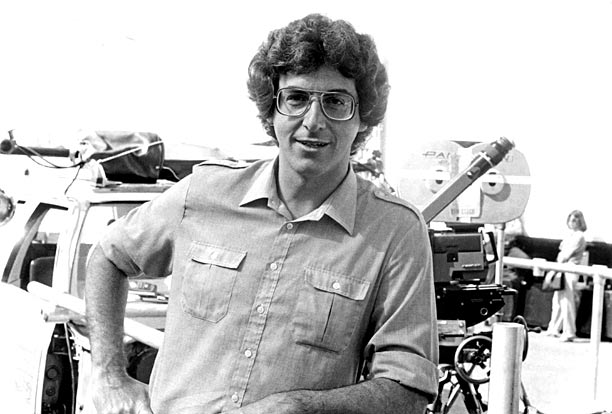 A brainy radical, he wrote jokes for Playboy in the 1960s. He performed at Second City, where his collaborations with Belushi and Murray began, and wrote for TVTV and the National Lampoon Radio Hour, which included talents like Gilda Radner, Chevy Chase, and Christopher Guest. Ramis was the head writer of SCTV, the cult-classic comedy series which launched John Candy and Rick Moranis, among many others. He performed in most of these programs but it was always clear that he was a guy who could write to the strengths of his collaborators, to spotlight their talents and make them look even greater.

Ramis went to movies with ANIMAL HOUSE, which he co-wrote with National Lampoon co-founder and underrated genius Doug Kenney and with Chris Miller, upon whose experiences the story was based. Reitman co-produced; John Landis directed. John Belushi was perfectly deployed, a comedy cannonball. The movie was a massive success. With Len Blum and Dan Goldberg, Ramis worked on the script for the Reitman-directed MEATBALLS, the first film to star Bill Murray. The more epic STRIPES followed in 1981, again from Len Blum and Dan Goldberg and Ivan Reitman, but in that one Ramis appeared as an actor, and proved he not only could match Murray for raucous energy and sardonic quips,but also looked plenty credible romancing a young Sean Young. In between Ramis directed his first feature, CADDYSHACK, written with Kenney and Brian Doyle-Murray. This is the movie that not only cemented the stardom and ’80s supremacy of one-time SNL rivals Chevy Chase and Bill Murray, but also used two very different comedy veterans, Rodney Dangerfield and Ted Knight, to resounding effect. Ramis later re-teamed with Dangerfield for 1986’s BACK TO SCHOOL (which I wrote about at length here), a well-loved film which probably represented the best work of neither man, but certainly has very many priceless moments and certainly  is the only gross-out comedy to feature a cameo by Kurt Vonnegut.

“Don’t be obsessed with your desires Danny. The Zen philosopher Basha once wrote, ‘A flute with no holes, is not a flute. A donut with no hole, is a Danish.’ He was a funny guy.” — Ty Webb, CADDYSHACK.

After that hot streak, Ramis co-wrote CLUB PARADISE with Brian Doyle-Murray and Chris Miller, and directed as well. It wasn’t a critical success but it did introduce me, a budding cinemaniac, to Peter O’Toole. Ramis also co-wrote ARMED & DANGEROUS, which starred SCTV alums Eugene Levy and John Candy. He co-wrote the regrettable CADDYSHACK II, and then the inevitable GHOSTBUSTERS II, a movie which I have defended with good reason. His next major success, critically and commercially, was 1993’s GROUNDHOG DAY, one of the best films of the decade by a wide margin and truly a comedy which will outlast us all. I wouldn’t dream of discussing such a rich film in such a small space, but one thing that is interesting about GROUNDHOG DAY is that it not only gives us the pure Bill Murray, but also the pure Harold Ramis. In GROUNDHOG DAY you can discern some of the Zen Buddhist concepts which Ramis, a Chicago Jew by birth, had long studied. This would seem to be apparent too in CADDYSHACK — “Be the ball” — and even, if you want to go deep, in the GHOSTBUSTERS films. 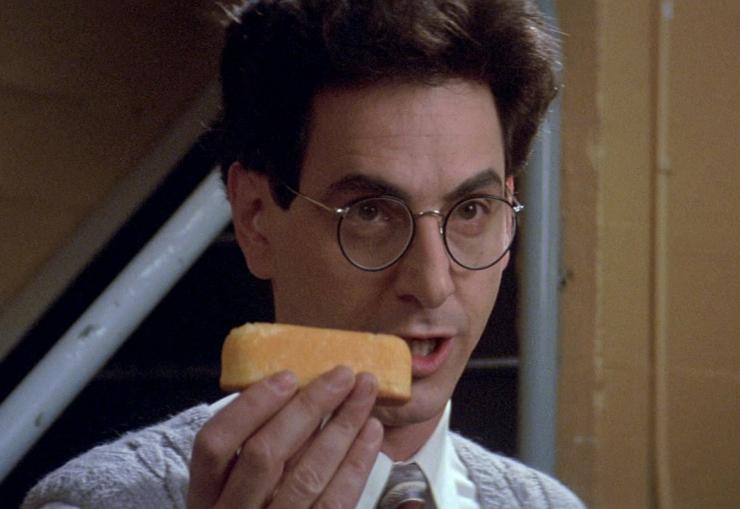 From here there’s a career shift, a change in focus. A 2004 New Yorker profile suggested a schism between Ramis and Murray, which may or may not have been part of the reason Ramis’ films split from the SCTV/SNL stable and worked with a variety of different stars from here on out. Ramis believed in therapy and was interested in notions of self and self-scrutiny and in questions of identity, which is born out in 1995’s STUART SAVES HIS FAMILY and 1996’s MULTIPLICITY, and then of course in his last big box-office successes, 1999’s ANALYZE THIS and 2002’s ANALYZE THAT. In between those was 2000’s BEDAZZLED, an update of the 1967 Stanley Donen film which has its own take on spirituality and multiple identity. 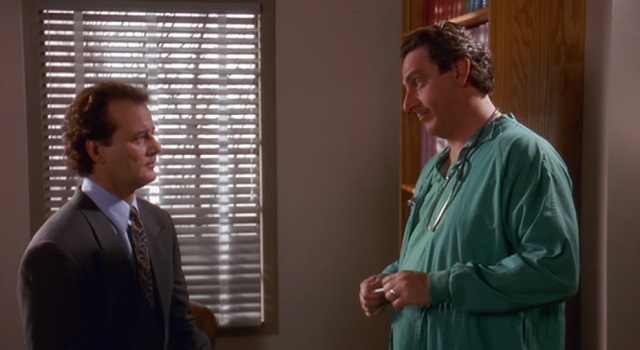 Ramis stretched with what would seem to be a career anomaly, 2005’s THE ICE HARVEST, a lean, mean passion project, a bleak holiday noir featuring John Cusack, Billy Bob Thornton, and the very under-complimented Oliver Platt, who runs away with this movie. In THE ICE HARVEST, Cusack and Thornton steal a ton of money from a local gangster but can’t get out of town due to the weather. (In retrospect, this is a fascinating counterpoint to the very different GROUNDHOG DAY!)  Things go very wrong, as they so often do in noir films, a form with which Ramis showed unusual command and makes one dream of future returns to the genre which now will never be. 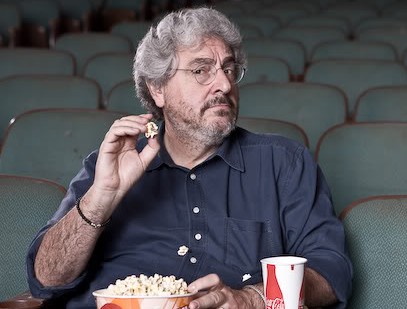 By the 2000s, a new comedy hierarchy had emerged, clusters of talented cliques surrounding a variety of actors and producers. Ramis was revered by them as the lodestone he is, was, and always will be, but it didn’t translate to further film enterprises. After directing episodes of NBC’s The Office, he directed 2009’s YEAR ONE, a caveman comedy starring Jack Black and Michael Cera and produced by Judd Apatow. The time period setting allowed Ramis to play around with Biblical concepts and characters, and featured some fun and bizarre performances from people like Paul Rudd, David Cross, and especially Oliver Platt, but ultimately it wasn’t a snug fit. While Apatow and his confederates rightfully worshipped Ramis, his style and preoccupations didn’t entirely mesh with theirs, and unfortunately another shot didn’t come after that — YEAR ONE will remain his final film as director. Still, overall this body of work must be respected and valorized, not nitpicked or denigrated. As comedian Patton Oswalt wrote today quite rightly, “No Harold Ramis, no comedy as we know it today.” Fact. Period. Asterisk. Definition. As a point of inspiration he is colossally important, and as an individualistic artist he is irreplaceable. 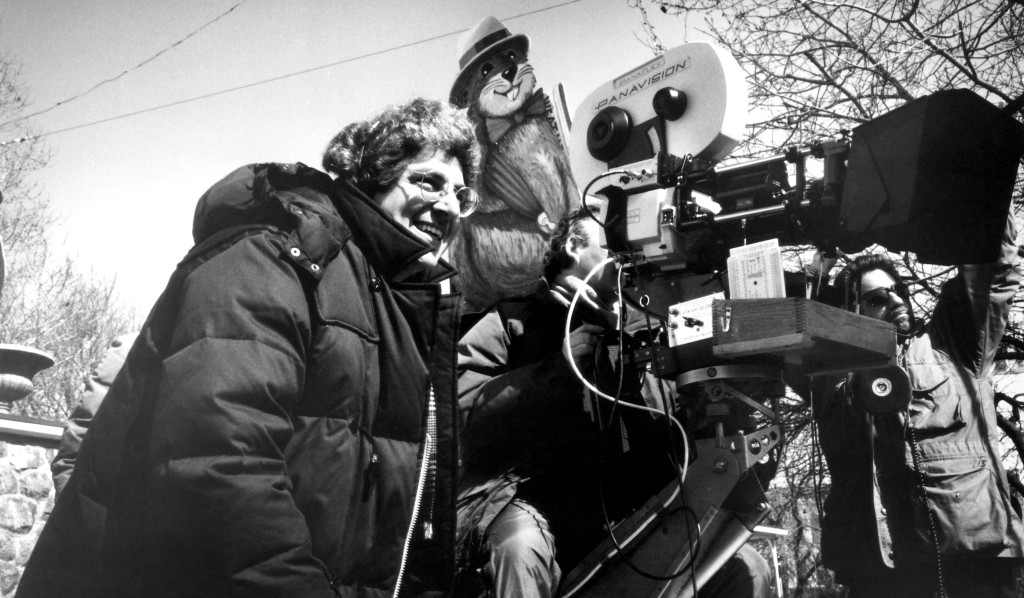 Zen Buddhism is concerned with living in the present. Everything and everyone will and must die. Death comes for us all. When it hits us close, what should we choose as our response? 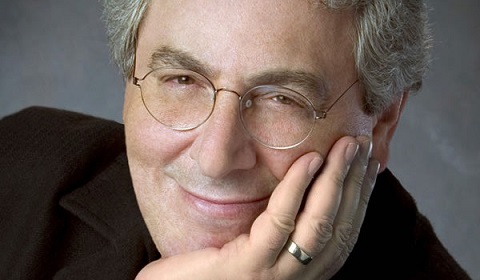 When Harold Ramis’s close friend Doug Kenney died in 1980 in Hawaii, by falling off a cliff, many wondered if the troubled genius’ death was intentional or accidental. Ramis said, “Doug probably fell while he was looking for a place to jump.” We’re talking here, then, about people who dedicated their lives to the art of making people laugh, and death isn’t going to be able to change that. As a lifelong fan of Harold Ramis’ brilliance and the films that resulted, it seems clear to me that this is the rare celebrity death we are allowed to joke around. “Allowed” isn’t the word; it almost feels like a mandate. Don’t misunderstand; this is a brutal loss, a sad day. For me personally, a world without Harold Ramis is unimaginable — and that’s nothing next to what his actual friends and family must be going through today. 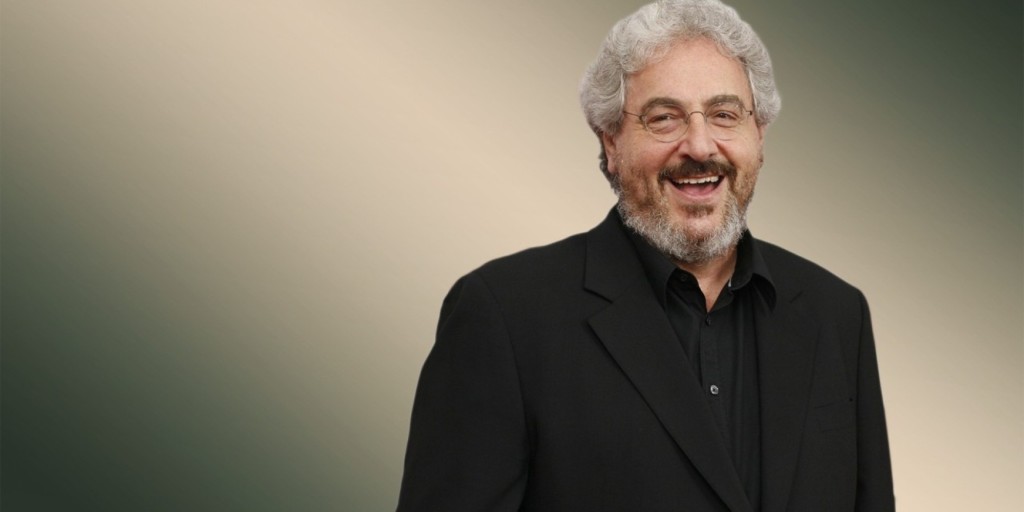 But having absorbed and admired so much of his creative output for so long, I can’t help but think it would have pleased Harold Ramis to know that plenty of involuntary and quickly-retracted giggles will result from all of the news headlines today which will read “DEAD AT 69.” And I think it would be more than fine to end this humble appreciation of his life and work with a clip from a much-maligned Ramis film which is both a sweet, simple moment and a really great, brilliantly stupid joke.