Paco de Lucía, the internationally renowned flamenco guitarist, is dead at the age of 66. While Daily Grindhouse is not generally a venure intended for the appreciation of world music, we remember him today for his work on the 1984 cult film THE HIT, for which he provided such striking music. Below is a piece I wrote at an earlier date about a movie that deserves a million eyes on it. 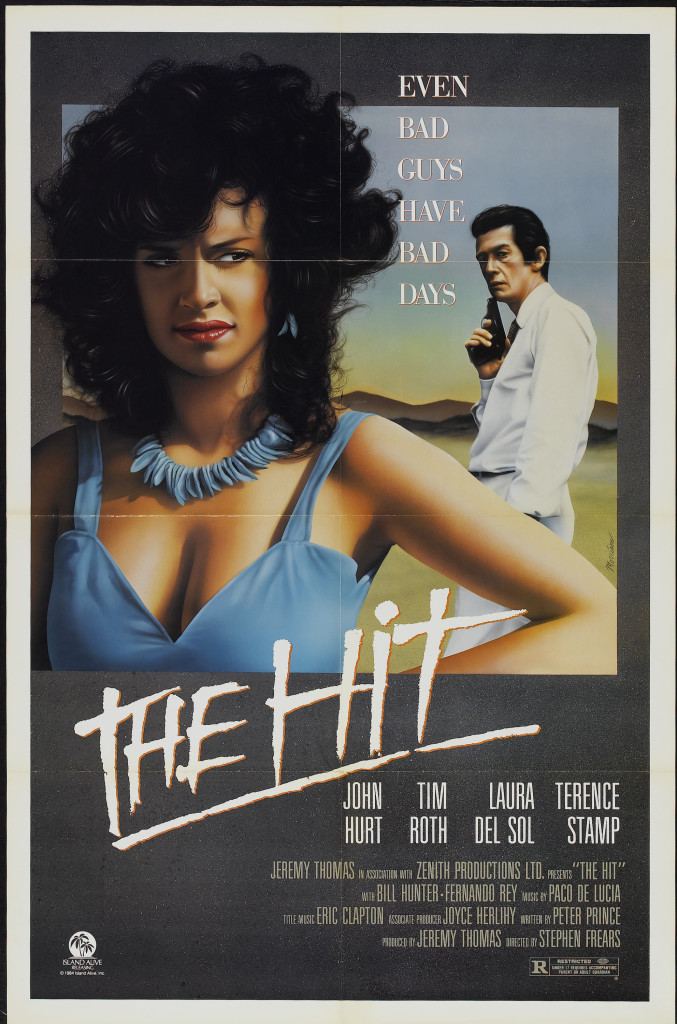 THE HIT is a British gangster film from 1984, an early effort from Stephen Frears, who has an impressively diverse filmmaking resume — he most recently directed this past year’s PHILOMENA, with Judi Dench! — but Frears is arguably at his very best with unsparing crime movies like this one. See also: THE GRIFTERS, DIRTY PRETTY THINGS. I mean it! See them! Unsparing crime films all. 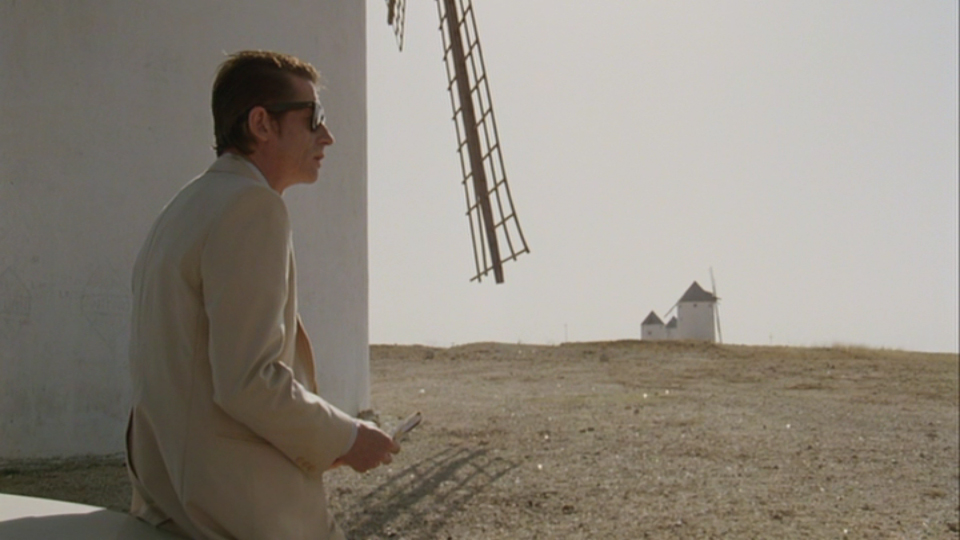 And the British gangster film tradition is a particularly unsparing one. From GET CARTER (1971) to SEXY BEAST (2000) to IN BRUGES (2008) and before and after, British cinema is littered with the smoldering impressions left by the violent and blackly hilarious entries in this most nihilistic genre. American noir has a lot more in the way of conflicted anti-heroes and desirable femme fatales; the British counterparts are generally much meaner and nastier. In a great way, of course. 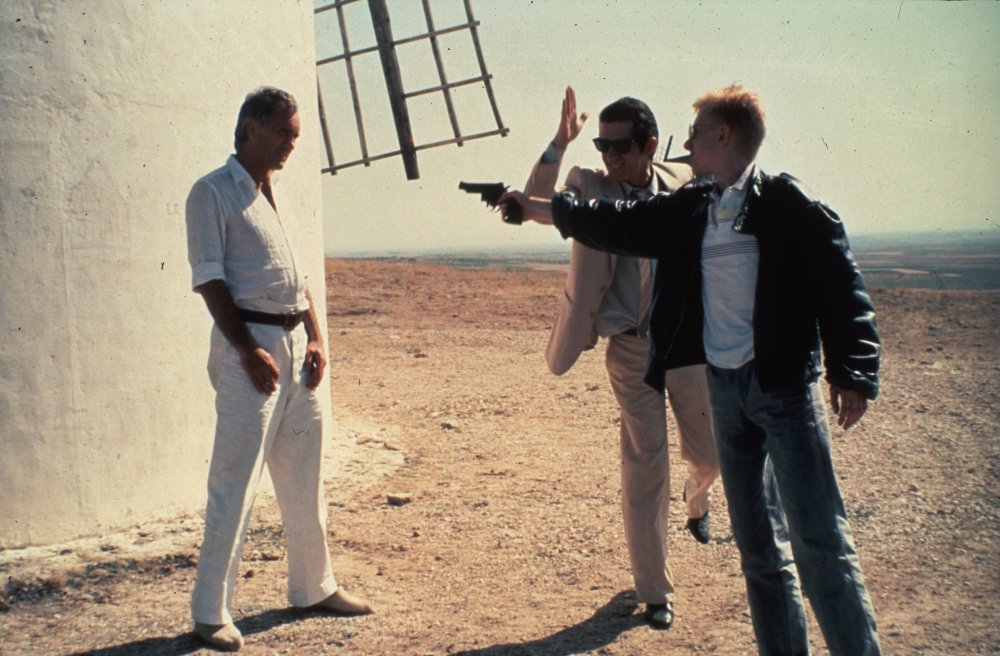 Case in point: THE HIT brings to mind the plot of THE KILLERS (both the 1946 & 1964 versions), where two hitmen, an older and a younger, track down a man who they find out – to their shock – is actually ready to die. Those classic American movies, however, were more fatalistic, romantic. In THE HIT, the man slated for death is upbeat, beatific, confusing, and comically infuriating in the face of certain death. 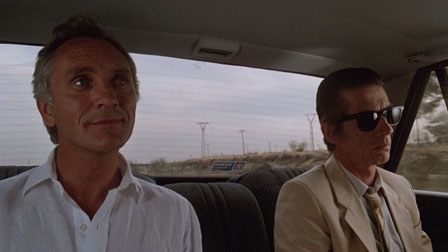 Terence Stamp is delicious in the role. American audiences still and always know him best as General Zod from the Christopher Reeve SUPERMAN movies, but he’s had a long and fascinating career and this is by far one of his most interesting roles. This role is especially interesting in contrast to Stamp’s performance as a British gangster wreaking vengeance across Los Angeles, in Steven Soderbergh’s 1999 crime film THE LIMEY. Here, he plays a mobster who is hidden away in Spain for ten years after informing on his deadly ex-buddies. His life in Spain is apparently idyllic, but when it is violently interrupted, and he is kidnapped and brought to the two hired killers who in turn take him on a road trip to Paris where he is due for long-awaited revenge and execution, he seems to be entirely at peace with his fate. His mysterious smile confounds and unhinges his abductors. Until things change. 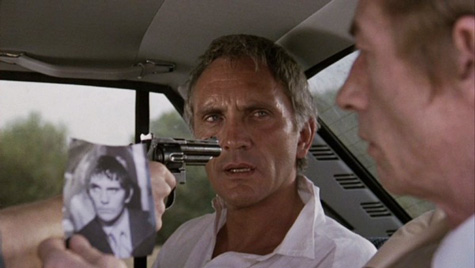 The two killers are played by John Hurt, the journeyman actor who’s been in everything from the original ALIEN to the most recent INDIANA JONES movie, and a then-young Tim Roth, whose greatness probably needs no citation (though I promise you that Tarantino saw this movie at some point, before casting RESERVOIR DOGS). The relationship between the two characters plays on audience expectations of the young, trigger-happy maniac versus the older, more professional, more dangerous veteran. Hurt plays his role with a skeletal, removed creepiness — everything’s under the surface with this guy — while Roth livens things up with a Johnny Rotten gleefulness. The interaction of these two with the zen-like Stamp is funny and scary, usually at the same time. 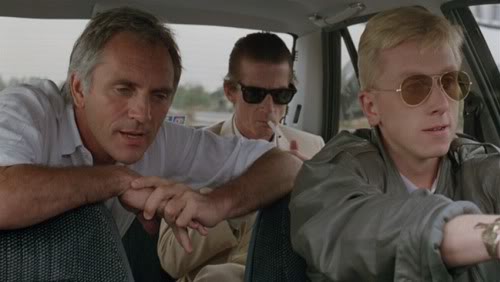 For those who are swayed by such things: you may like to know that the trio is also joined for much of the movie by an insanely voluptuous young Spanish woman, played by Laura Del Sol, who looks like eye candy but has a lot more to do with the black heart of the story than one might initially expect. 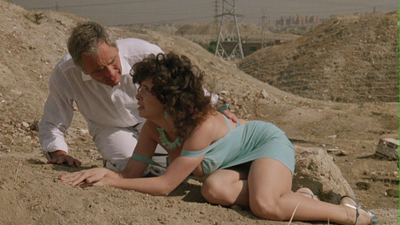 THE HIT is laudably simple, at least in terms of plot; its unusual appeal is in its twisted morality, and in the unique details and stylistic flourishes along the way. Rather than describe it any further, I’d love to just compliment the smart script by Peter Prince, the smooth photography courtesy of Mike Molloy, the opening titles guitar riff by Eric Clapton and the ensuing flamenco score by Paco De Lucia, and the overall triumphant orchestration of a tricky tone by Frears, and then I’d just send all interested parties to see the movie for themselves. Go on, git! 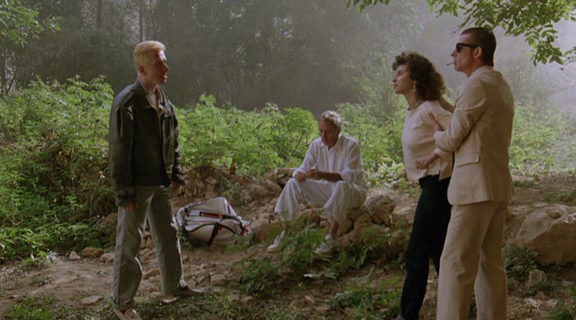 THE HIT is available on DVD thanks to The Criterion Collection, which is at its best when finding somewhat-buried treasures to bring to light.