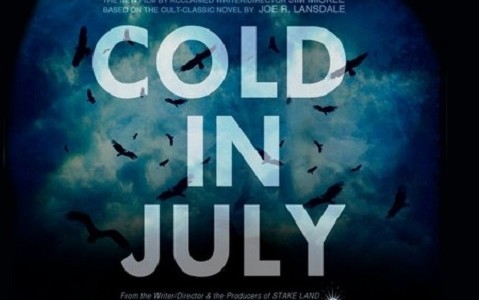 Now THAT is a trailer. It gives just enough suspense, drama, and incident without actually revealing any of the major plot twists to come. You might think the plot looks fairly conventional, but there’s much more to come than that canny trailer reveals.

How do I know? I’ve read the book upon which the movie COLD IN JULY is based. (Twice!) Surely there will have been changes between page and screen, but you can trust that a Joe R. Lansdale story will be gripping and unconventional, and you can trust that a Jim Mickle film will be atmospheric and eerie. This is a filmmaker who has gotten better every time out, and I liked his first movie a bunch so it’s been a more impressive growth curve to watch than most. For such a young director, he has shown a real command of the tools of sound and picture and space and time. He knows how to pace a scene for maximum impact: Even if you may have already seen similar stories to the ones he tells, you haven’t seen them play out this way.

I finally got to see Jim Mickle’s most recent film, WE ARE WHAT WE ARE, and if you’ve seen my list of the best horror films of 2013 you’ll remember I felt something was missing. It was even better than I’d heard, phenomenally creepy and upsetting with uncommon attention paid to depth of character and texture of setting, with beautiful work by regular cinematographer Ryan Samul. Jim Mickle is the goods.

And now he’s adapted a Joe R. Lansdale novel! Joe R. Lansdale is my favorite writer. He may not be a household name, but everyone who’s encountered his work will agree on how unique, funny, scary, and perfectly composed it consistently is. You don’t even have to take my word for it! Ask Daniel Woodrell, Dan Simmons, Dean Koontz, David Morrell, Andrew Vachss, Garth Ennis, Bill Crider, John Connelly, Joe Hill, Don Coscarelli, Bruce Campbell, or the New York Times, for starters. And you can see for yourself — his official site has a free story every week! Wonderful stuff, always.

So you can fairly assume I’m excited to see COLD IN JULY, which is due to hit theaters and on-demand on May 24th. I wrote about that excitement at length here, and I guess I just put four more paragraphs together on the subject. At the risk of pumping up your expectations for a movie I haven’t even seen yet, I encourage you to get excited about it too. 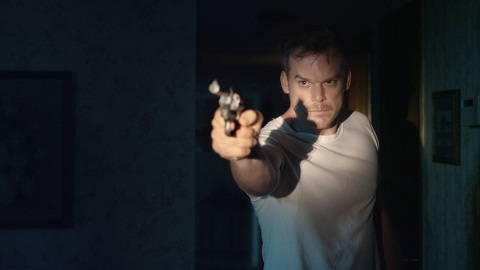 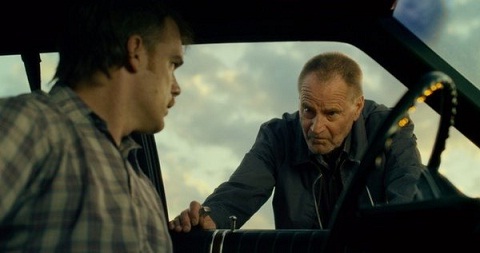 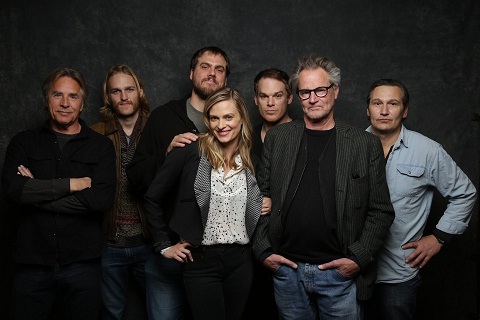