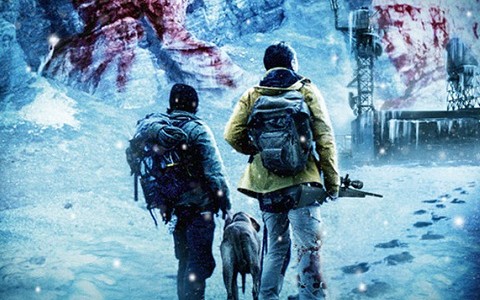 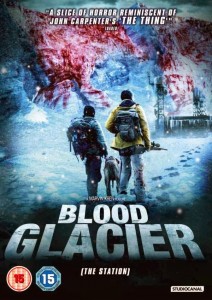 I’ve often said that it doesn’t take too much for a horror film to interest me – stick a bunch of characters in a remote location and throw some kind of dangerous predator into the mix to pick them off one by one, and I’ll at least give the film a shot. The problem is, of course, that with such a commonplace set up, you wind up seeing a lot of crap that doesn’t take the premise beyond the rote plot points required, or that bungles the execution so much that you really don’t care about anything actually happening on screen. The death-driven decrease in the number of characters feels less like increasing moments of claustrophobia and tension and more like a countdown to the inevitable end of the movie – you’re eagerly awaiting a supporting character’s inevitable demise just because it brings you a few minutes closer to the closing credits.

That’s why it’s so nice to see a film like Marvin Kren’s BLOOD GLACIER, an Austrian import coming to U.S. screens courtesy of IFC Films. While BLOOD GLACIER doesn’t do everything perfectly, it sets up the prerequisite premise and then brings in interesting ideas, solid creatures, realistic, distinct characters and a fantastic use of the locale to make it a worthy addition to the ranks of creature features.

Set in a remote research station in the Austrian Alps, BLOOD GLACIER’s cast initially looks to be limited to four, three scientists and a technician, along with a dog kept by techie Janek. When Janek, his dog, and one of the scientists go out to an even more remote locale to repair a downed piece of equipment, they discover a large glacier that seems to be formed mostly of a very red substance, a look very distinct from the icy whiteness of the rest of the landscape. An unknown creature attacks the dog, and the three make it back to the base camp with the wounded pup, with them convinced there was some kind of rabid fox responsible for the bite. 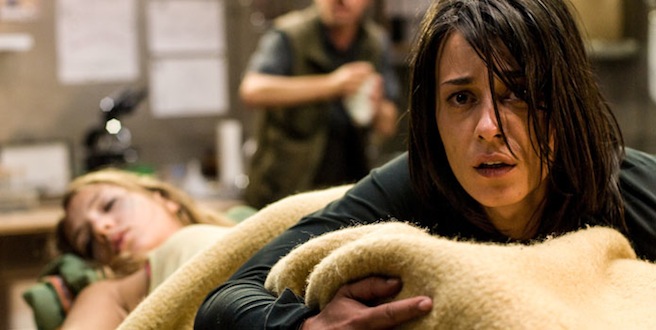 This idea is kept to the group, however, due to the impending arrival of Minister Bodicek (Brigitte Kren, the director’s mother) and her crew (including Tanja, a former research station member and Janek’s former girlfriend, a reporter, and a few other assistants) who hold the station’s fate in their hands. Not wanting the scare them off, the scientists decide to not inform them of the situation, and by the time the situation escalates and Janek rebels by telling Tanja that something is terribly wrong, it’s too late and the group is already on their way.

And escalate the situation certainly does. The creatures that attack the research center area are miles beyond the typical SyFy Channel creature feature fare, and are instead vividly-conceived mutations of two different species, depending on the life forms used for the original bloodletting and the incubation process. The end result plays a bit like a solid mix of John Carpenter’s THE THING, ALIEN, THE FLY and FROGS, as the decreasingly-numbered characters find themselves fending off against a variety of different beasts – including ones on the verge of being birthed within their own bodies. Best of all, CGI is used sparingly, with special effects and model work that make it seem as though the characters are in genuine danger rather than just having them under the occasional possibility of having their body be gobbled up by a computer-rendered monster.

Benjamin Hessler’s screenplay creates some solid twists, and there are some nice, unexpected turns even if they’re occasionally reliant on characters doing the stupidest possible thing in the name of research or, in one case, saving a life. The characters themselves, however, are believable in these situations, as they’re clearly defined without getting bogged down in excessive character development. Best of all is Minister Bodicek, whose casting is no case of nepotism, as the character asserts herself with a no-nonsense, take-no-excuses persona that makes you understand why she would be in a position of power, but still remains likeable and charismatic throughout, lending the film some much-needed humor.

Kren does a fine job with the look of the film as well, making great use of the Alpine locations and serving sharp contrast between the openness of the vast area and the claustrophobic station in which the characters eventually find themselves fighting for their lives. While a couple of the shocking sequences tend to rely slightly too heavily on overly dramatic music to make their impact, most of the film’s tense moments are so well-crafted that most non-horror fans will be watching through their fingers. 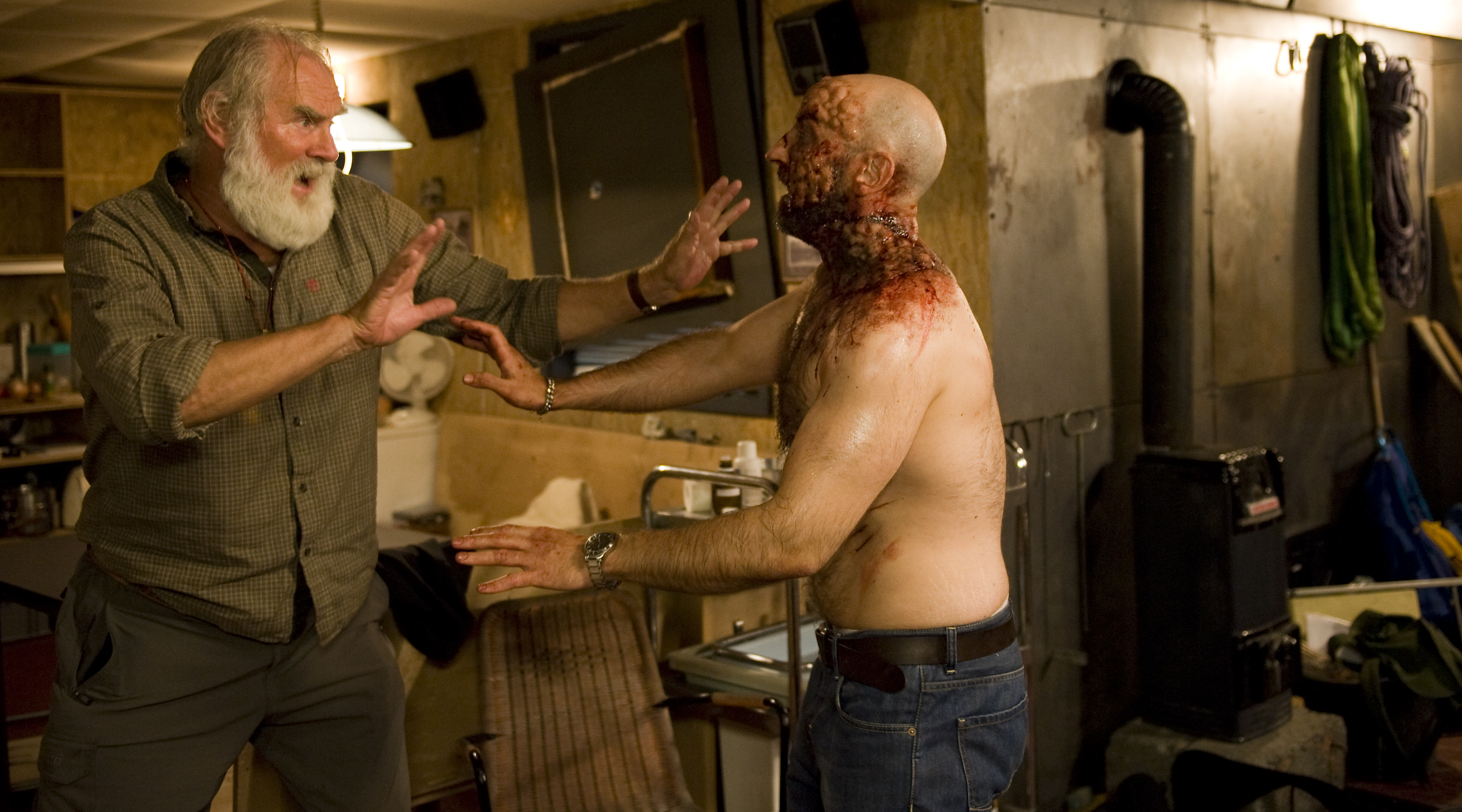 The film does stumble a bit in a few areas – the relationship between Janek and Tanja seems a bit obligatory, and the final scene of the film borders on ridiculous – but most of the time, it’s more that inventive moments don’t quite work rather than any lack of ideas. There’s also a slight environmental message to the film that doesn’t quite feel fully formed, but nothing that would distract an audience for more than a minute or so.

BLOOD GLACIER is probably best seen in a theater, where the scope of the location can be properly appreciated, but it should play just fine on the home screen as well. It’s a worthy entry into the fairly populous subgenre of snow-set creature features, and if most SyFy films had half the ideas, tone, or talent that GLACIER has, the world of science-based horror would be a much brighter (and bloodier) place.