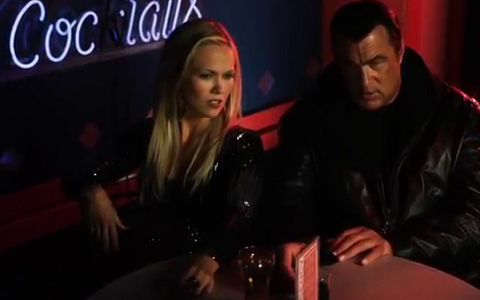 The repurposing of serialized content into a theatrical film has a long history, from the serials that were re-edited into features to unsuspecting audiences (the FLASH GORDON serial was edited into a feature three different times) to television series like PLANET OF THE APES getting re-shaped into TV-movies, to the same practice being used on series today to reshape them as direct-to-video features. Hell, one of this week’s largest “new” films is SON OF GOD, a re-editing of a two-year-old Discovery Channel documentary that those unaware can now spend $12 a person to see.

You should, then, not feel bothered by the fact that the new Steven Seagal film DARK VENGEANCE is, in fact, a cobbled-together packaging of episodes three and four of the television series “True Justice.” You may not recall “True Justice,” as its only airings in the United States were on the ReelzChannel, a network pretty much known only for pushing out the PILLARS OF THE EARTH mini-series, but it was a cop show set in Seattle, starring Seagal as the leader of a special task force of some vague nature. The first 13-episode season was shot after the second season of “Steven Seagal: Lawman,” the reality show in which he pretended* to be a law enforcement officer, so it’s clear he just wanted to keep playing cop in between seasons. (The third season of “Lawman,” shot two years ago, is airing on Reelz now.) 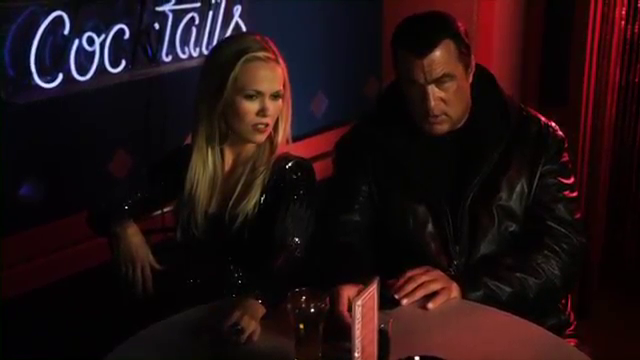 It’s then with these tempered expectations that DARK VENGEANCE should be viewed, because as a down and dirty action movie, it’s pretty lame. As a mid-‘90s syndicated action television series, however, it’s… well, it’s still pretty ridiculous, but at least you know what you’re getting into. Because despite being made only a couple of years ago, “True Justice” is very much a relic from the golden age of syndicated action goofiness, with overbearingly serious dialogue, insanely unbelievable situations, random celebrity cameos and lurid premises that, being on syndicated series, don’t deliver any of the action or nudity they promise. It’s as though executive producer, creator, co-writer and star Seagal hadn’t turned on a television set in a decade and a half, and nobody else on the set bothered to point out the silliness of everything involved.

In “True Justice,” Seagal plays Elijah Kane, the soft-spoken leader of the ragtag team of attractive young people, who dispenses wisdom in a monotone and kicks ass when he needs to because there are only girls around. His team includes the white guy, the black guy, the Asian guy, the blonde girl and the brunette girl. The white guy’s kind of surly. The black guy is married. The blonde girl is new and really, really dumb. They have names, probably, but they aren’t as cool as “Elijah Kane.” 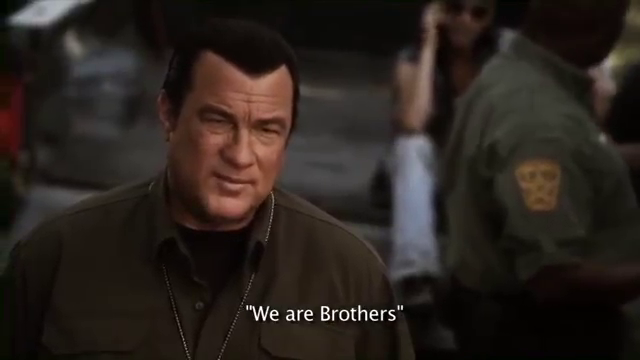 The crew’s latest case is the murder of a young blonde woman who’s suffering from over-modus operandi. She’s been (1) strangled, (2) tied to a fence (3) with a red scarf, (4) a white carnation in her mouth and (5) a fox mask on. They’ve also been (6) sexually assaulted after death. And later we discover that (7) there was GHB in her system. (Coroner George Takei (!) helpfully mentions to AN OFFICER OF THE LAW (granted, the incredibly dumb blonde one) that GHB is “the date rape drug.”)

Upon discovering that she goes to work a couple of days a week, our heroes surmise that “only one job that fits that description for a pretty girl – dancer.” Pretty ladies are only good for dancing! Or being dumb at policing. Am I right, gents? Women! 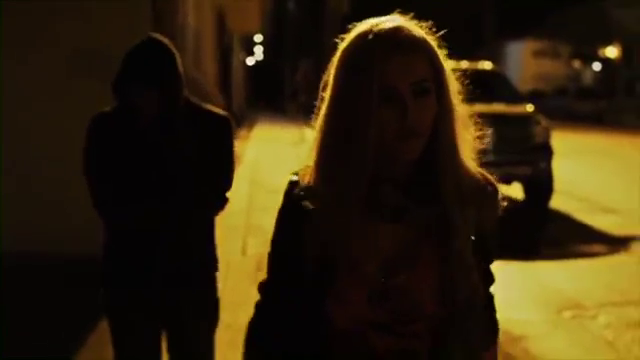 Of course, it turns out that they’re right because this is a ridiculous television show, and because the victim looks an awful lot like blonde agent (because they’re the same actress), this gives the ladies a chance to go undercover in a strip club. Blonde agent even “danced her way through college,” so she’s up to the task of – well, doing really half-hearted stripping that basically amounts to a neon-lit Victoria’s Secret catalog, as this, again, is a ridiculous television show and not a movie where you could actually have something sleazy be actually sleazy.

There’s a couple more murders and red herrings, along with the occasional fight sequence in order to keep your attention. Elijah Kane and blonde agent visit a Chinese herb salesman (everyone pronounces “herb” with the “h,” which just feels weird, but whatever) that goes bad when some random punk kids start yelling at the cops, because that is a wise thing to do. Blonde agent starts the fight, but Elijah Kane finishes it because blonde agent is a lady. 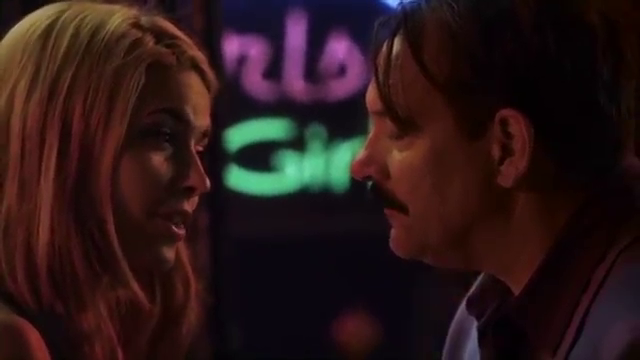 Elijah also spends his time getting info from the strip club’s owner (who is also a sexy blonde woman) and summarizes the info with “the long and the short of it is that it’s a real menagerie in here, it’s like a crazy world.” It’s not that Seagal is a charisma vacuum that absorbs all of the life from everyone around him through thin, pursed lips that seem overwhelmingly bothered to even move to allow the monotonous thuds of dialogue through, it’s that Elijah is so zen!

The killer is caught in the first “episode” when undercover blonde agent is kidnapped at 4 A.M. (we get a timestamp for some reason), and the gang tracks she and her kidnapper down at an old junkyard via a split-screen montage and some vague voice-overs over actual police work. Elijah Kane saves the day (as I’d mentioned, the blonde agent is a lady and incapable of doing stuff), and we never get any real idea as to the motivations behind the first killer or why he went through such extremes to make his murders unique. (It probably has something to do with vengeance. Dark vengeance.) 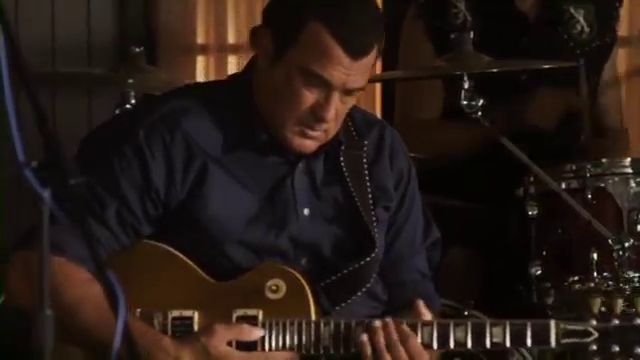 But don’t worry! There’s still half a movie, as a copycat killer emerges, first picking off a blonde cop that is not the dumb one when she steps outside to avoid the performance of an awful “blues” band that reminded me of GHOST WORLD’S Blueshammer. Thankfully, the band knows talent when they see it and invites Elijah Kane to perform with them. Sadly, Seagal only plays the guitar and does not sing.

Anyway, there’s more action sequences, more half-assed policework, more split screen, a former cop who has a lot of pictures of bodies in the morgue including his ex-wife who was one of the victims and is STILL NOT CONSIDERED MUCH OF A SUSPECT and the blonde agent doing more stupid, stupid things. You really start to feel for actress Sarah Lind, who may very well be a talented performer, as it seems as though the writers almost made a game of her doing the dumbest thing she possibly could. There’s also some cockfighting featuring the line “I was walking my chicken when he started to get to know another chicken’s ass,” Takei’s coroner mentioning drugs in a body’s system and starting a description with “according to the internet,” and an on-duty Kane getting a thankfully off-screen lap dance. 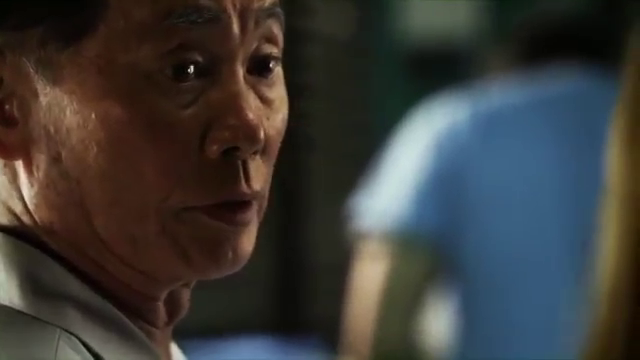 But best of all, you get the character of Miles Toole, played by Michael Eklund.

Miles Toole is a reporter, and you can tell he’s sketchy because he’s got a thin mustache and a black hat and an annoying voice. He’s such an archetypically loathesome reporter that I’m shocked that he doesn’t have a big piece of paper in his hat that says “PRESS.” It may have been a budget issue.

Toole is also the son of a famous vampire author who is deceased, a fact that Elijah reacts to with the closest thing to emotion Seagal ever reaches. “She’s DEAD?!” he yelps, incredulously, as though nobody in the history of mankind has ever had a dead mother.

Anyway, he’s trying to get out his mother’s shadow, but he creeps everyone out, with one character even referencing PSYCHO at one point. The character doesn’t make any sense, so it’s not too surprising when he entices blonde agent to come to his place with the promise of seeing his mother’s unpublished book, only to bring out a published version and have her excited about it being a first edition. It’s that attention to detail that makes DARK VENGEANCE such a treat. 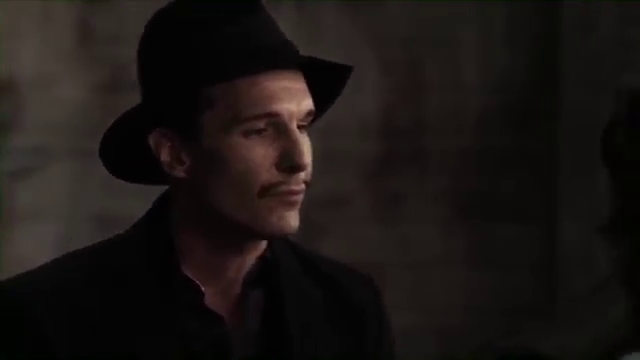 I love this guy. He needs to be in all the movies.

But Eklund doesn’t care that Toole is a character that even the laziest screenwriter would have thrown out. He gives it his all, and he steals every moment he has on screen. (Heck, he was in a scene in which Steven Seagal had a reaction to something, which is basically like winning the B-movie Oscars.)

It’s a bit of a shame that the script seems to have been written by someone who had little more than an assignment, a deadline and access to Wikipedia at their disposal, as Keoni (the underrated thriller I SHOT A MAN IN VEGAS) Waxman’s direction is fairly solid, and the action sequences are well-lensed and nicely put together, even utilizing split screens at times. (Granted, not the most appropriate times, but still…) Occasionally DARK VENGEANCE even feels like a halfway decent action film, but then someone will say something particularly ridiculous, or Steven Seagal will mumble something that’s supposed to be wise, and you’re immediately back in the syndicated action game, biding your time into “Acapulco H.E.A.T.” comes on. 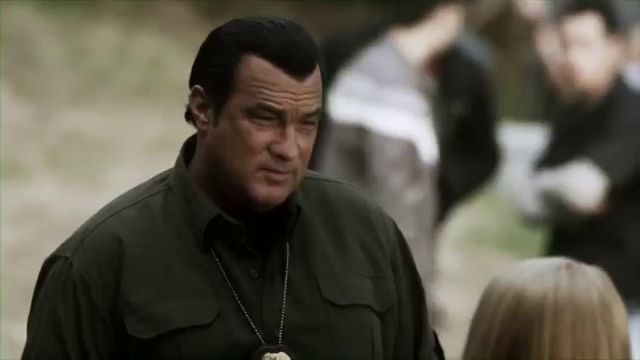 With that in mind, however, DARK VENGEANCE is entertaining enough. For Seagal fans, it does feature him kicking butt in a couple of scenes, though most of the heavy action lifting is done by the co-stars. For the rest of us, it’s a goofy little throwback to a time before genre television started giving a shit about actually being good.

*(Interestingly, in the legend of “Steven Seagal: Lawman,” Seagal claimed that his relationship with the Jefferson Parish, Louisiana sheriff’s department started about 20 years before the 2009 series when he was working on a film and then-Sheriff Harry Lee asked him to teach his officers martial arts. As far as I can determine, however, this is exaggerated if not outright apocryphal, as no film Seagal worked on was shot in Louisiana – the closest he got was UNDER SIEGE’s Alabama locations. )