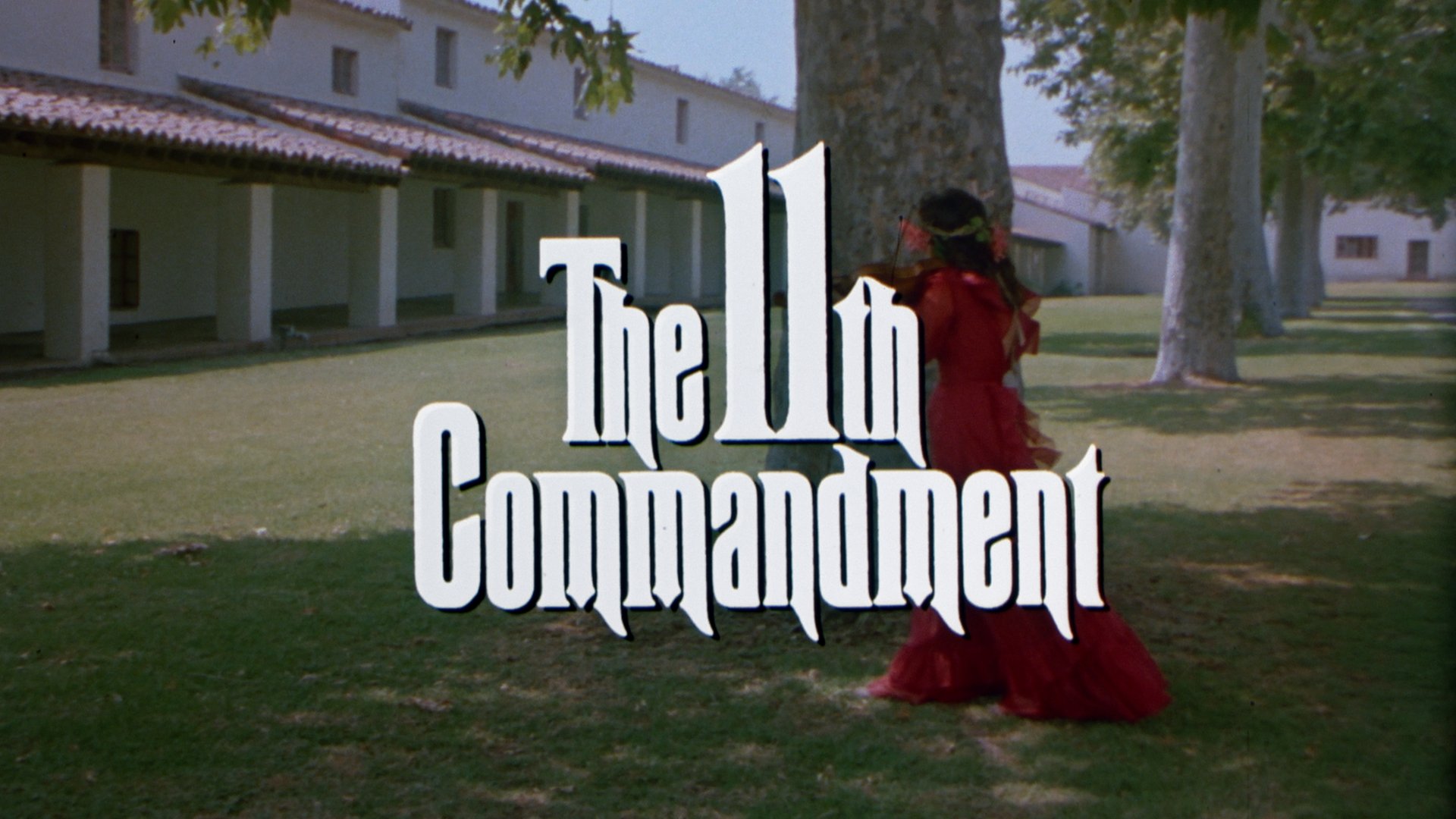 There’s no shortage of movies about mental patients escaping an asylum and leaving a trail of carnage in their wake, but THE 11TH COMMANDMENT is the only one to start with a violinist playing a solo in the sanitarium courtyard. It’s an odd but apt overture for a slasher that carves a crooked path when Bible-thumping former seminary student Robert Knight (Bernard White) knifes his tyrannical nurse and seeks out the family members who had him committed in the first place. Nobody believes him, but he’s convinced his uncle (Dick Sargent!) killed his father over the family inheritance, and the only righteous justice involves taking revenge himself. He’s not just out to kill his corrupt family members, though: he also wants to reconnect with his innocent 9-year-old cousin Deborah (Lauren Woodland). So when he’s not plunging knives into his victims’ stomachs, he’s taking little Deborah to the beach, volunteering with her at a homeless shelter, and even hanging out in a seedy motel in the film’s most uncomfortably weird scene. Meanwhile, his conniving aunt (Marilyn Hassett) is scheming against her husband to claim the inheritance for herself, sleeping with anyone who will help in her conquest. 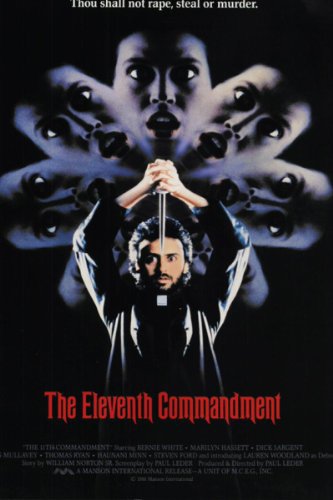 Between the scummy lawyers, the affairs, conspiratorial plots, the figurative backstabbing, and the very literal stomach-stabbing, THE 11TH COMMANDMENT sometimes feels like an episode of DALLAS or DYNASTY has been invaded by BLOOD RAGE. Let’s just say there were worse attempts at shaking up a slasher formula that had grown a little stale by 1986. What it lacks in inventive mayhem, it makes up for with eccentric flourishes: a nurse doing bicep curls at her desk, Dick Sargent enlisting a crooked cop (Steven Ford, kind of doing a discount Michael Moriarty) to kill his nephew, a sleazy hotel manager (Jennifer Rhodes), and a wild climax that proves Robert isn’t the only maniac in the family. Writer/director Paul Leder (of I DISMEMBER MAMA and APE infamy) has not always been among the most celebrated schlock masters, but THE 11TH COMMANDMENT reveals his willingness to plunge into the seedy depths and wring some loony, borderline inappropriate shocks from them. The tonal disconnect here—which blends syrupy, After School special sweetness with Karo syrup-stained bloodshed—creates an uncanny, melodramatic effect that lingers throughout, warping a familiar slasher movie premise into something distinctive. THE 11TH COMMANDMENT doesn’t always work (its pacing is glacial at times), and it’s not going to be the first slasher you tap for body count purposes, but it’s just weird enough to warrant attention in the madding splatter movie crowd. 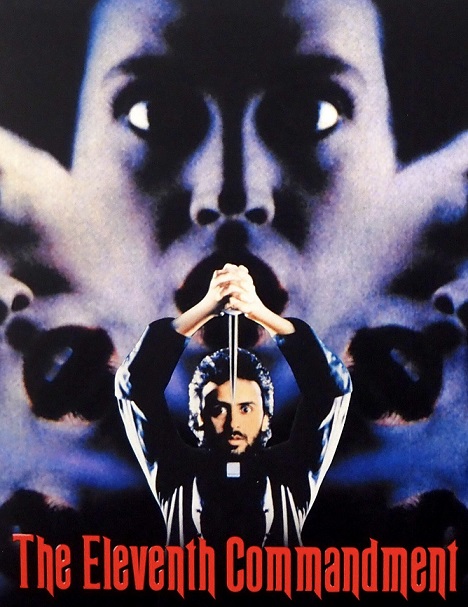 Check out the Blu-Ray from Vinegar Syndrome!