Dario Argento’s rock’n’roll giallo from 1971 is one of his lesser known works and was the third and final film in his animal trilogy, which included THE BIRD WITH THE CRYSTAL PLUMAGE and CAT O’ NINE TAILS. As one of his early films, you can see how Argento is still trying to figure out his style, meaning that the film doesn’t always land, but still contains that violent essence that the Italian director is known for. 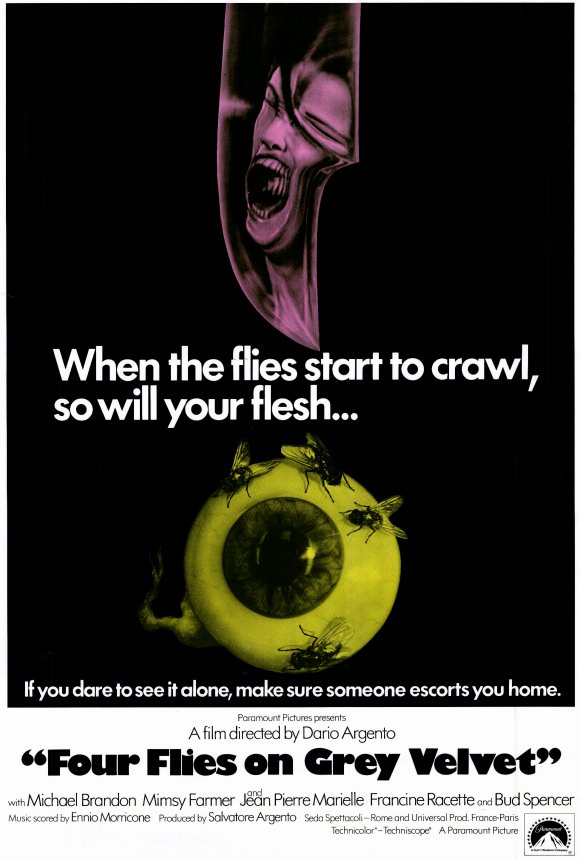 The film is centered on rockstar Roberto Tobias (Michael Brandon) who becomes embroiled in a series of gruesome murders that involve a stalker and a fake stabbing. Perhaps the most fascinating aspect of FOUR FLIES ON GRAY VELVET is its use of optography, or the ability to retrieve last images from the eye of a dead person — a practice that has since been debunked as a legitimate way to gather forensic evidence. But in the film it’s a successful procedure, with the final thing a murder victim saw being, quite literally, four flies on gray velvet.