Edwige Fenech and Mario Bava sounds like a combination made in heaven, but if you’ve already seen FIVE DOLLS FOR AN AUGUST MOON, then you know it’s doesn’t quite reach that level of goodness. It’s no secret I love Edwige Fenech. I’ve used her as my avatar on social media for several years now. She is an absolute goddess, and any time she’s in a movie, you’re going to want to check it out. The same can be said of Mario Bava; if you’ve got the chance to watch one of his films, you should absolutely do the same. The plot of the film is pretty basic — several friends gather at the island home of a rich industrialist (yes, one of those) and they start being killed off one by one. Yep, that old saw. There are a couple of twists here and there, but it still feels like a rip-off of Agatha Christie’s And Then There Were None. 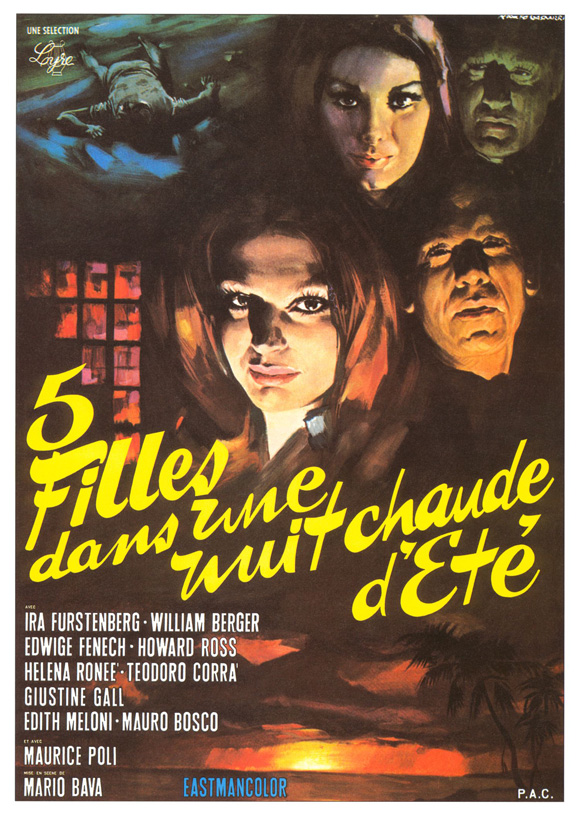 FIVE DOLLS FOR AN AUGUST MOON almost feels more Jess Franco than Mario Bava. A bunch of beautiful people all hot and bothered for each other and a secret formula. Sure, Bava gives you plenty of extreme close-ups, but thankfully, unlike Franco, they aren’t of someone’s crotch. This movie basically boils down to a giallo murder mystery. It’s not nearly as accomplished as say Bava’s BLOOD AND BLACK LACE. For me, that one is peak Bava and pretty much only Argento can come close to that one, in terms of the ultimate giallo film. FIVE DOLLS FOR AN AUGUST MOON is a fine way to spend 80 minutes of your afternoon. And if Fenech and Bava aren’t enough to get you to want to watch this… what’s wrong with you?