Quite a bit has been written about THE SIXTH SENSE, especially its twist ending. What people may have missed is the humanity that lies behind that excessively discussed plot point. M. Night Shyamalan’s entire filmography can be summed up with those simple words. Much like his current release OLD, the characters’ connections keep us entertained and enthralled. 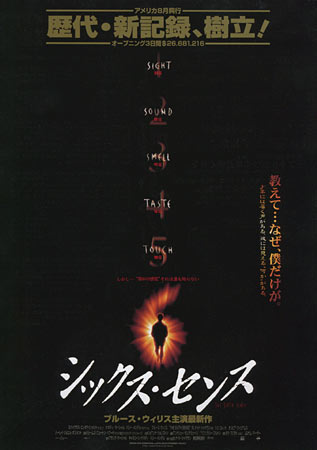 For THE SIXTH SENSE, the depth boils down to a simple association between a child at war with his own internal traumas and a man dealing with perceived failings. After all, what is a look at humanity without an unflinching eye towards the end point. Everything hinges on the very things that people choose to avoid on a daily basis, whether because of fear or doubt. Cole Sear — portrayed by Haley Joel Osment — represents that youthful grab at understanding the unknown while failing to grasp the consequences. He gets the stakes in a surprisingly adult manner, knowing each new visit from the dead means something has been lost. Confronting one of adulthood’s biggest fears seems so accessible as well as frail through his young eyes. Sear doesn’t ask for these associations, only realizing he carries a burden no one should face. As a counterpoint, Bruce Willis’ character — Malcolm Crowe — offers something simple yet powerful about the realizations of adulthood. The psychologist has approached the often complicated details of the mind while also discerning the ramifications of how it both impacts and impedes growth. He sees his perceived “life” failing on every measure, yet unable to find those pieces to fix the puzzle. Grasping the details of a failed marriage certainly a powerful tribute to another attachment often changed over time.

Crowe and Sear’s balance speaks to those bonds everyone has towards the various stages in life. They represent two of the biggest periods without being a perfect stereotype for either. The process of learning and reacting to them creates something special, something that makes a twist work on every level. Maybe that’s what the director has been trying to tell us all along. We relate to one another, far too frequently choosing to ignore the similarities in favor of comfort zones. Reaching out and finding those connections — on any level — means we have to face the possibility the unknown comes into play. Coming to terms with that is the best twist too many of us have yet to master. 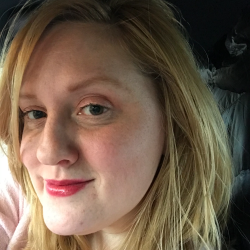 Valerie Thompson
Valerie Thompson is a writer covering all aspects of film as well as TV. Her work can be found on various outlets, including The Playlist and Consequence.