Today brings another crazily diverse trio of popular films from the East, all of which look thoroughly fascinating. Sex, violence, and ultra-violence: Ain’t no trip to Cleveland! 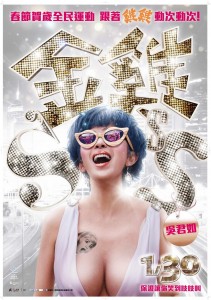 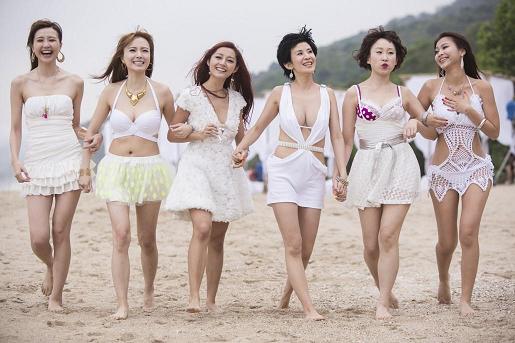 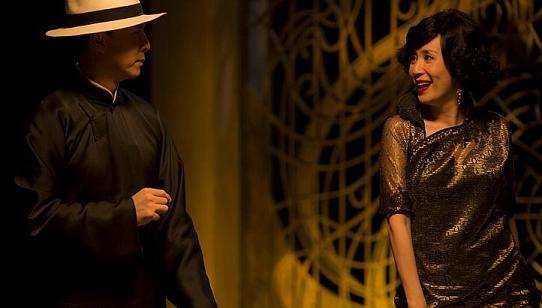 We took the liberty of skipping GOLDEN CHICKEN 2 because it was just a retread of the first film, but now, in part three of the GOLDEN CHICKEN Saga our tiny chicken Kum (Sandra Ng) has aged into a hard-working madam, and the film bounces from one ridiculous setpiece to another as she rounds up her girls, decks them out for a night on the town, and fulfills the needs of her hard-partying clients in blowjob parlors, at sunrise beach parties, and deep inside wine cellars of sin. Comedienne Sandra Ng was born to play Kum, a hooker with a calculator for a soul but who also believes that everyone has a right to get their rocks off regardless of race, color, creed, or kink. Like Kum, this film has a big, beating heart of gold that believes everyone is a good person who deserves sex, whether they’re a screechy, buck-toothed, money-hungry Mainland prostitute named Woo Loo, a woman dying of Huntington’s disease who dreams of banging pop star Louis Koo (Koo playing himself), or even if they’re a triad boss just out of prison after a long sentence who can’t understand anything about modern-day Hong Kong. Shambolic, reckless, and defiantly un-PC, GOLDEN CHICKENSSS celebrates hard work, hard weiners, big hearts, and big boobs. One of the most loving, high-spirited movies about sex workers you’ll ever see, the whole thing even ends with the cast bursting into song for no good reason other that they’re having a blast. 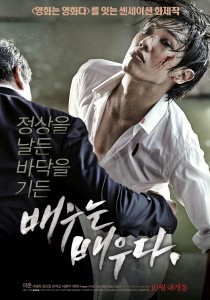 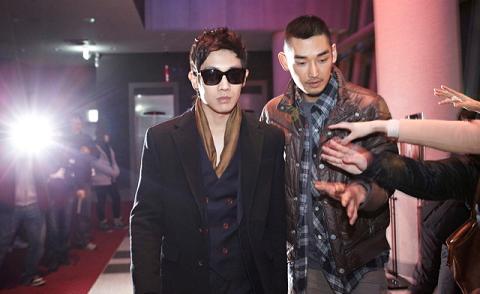 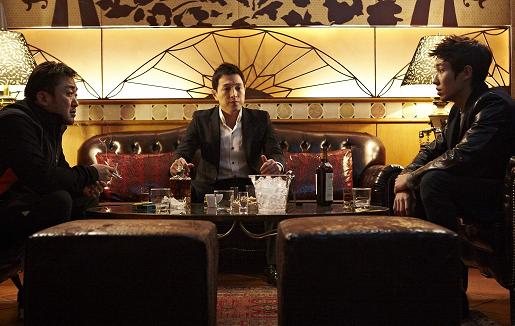 Rough. Raw. Real. The Kim Ki-duk school of filmmaking has given us several great projects produced and written by Kim and directed by young filmmakers: POONGSAN, BEDEVILLED, and now we have ROUGH CUT’s spiritual successor in ROUGH PLAY. The film opens with crazed actor Oh Yeong (K-Pop idol Lee Joon playing totally against type) dragging a mannequin up the stairs of a department store and spouting some rather menacing dialogue. Intercut with this is a stage performance from early in his career where Oh takes his performance a bit too far and threatens the actress he’s doing a scene with. The rest of the film expands outward from these two moments and shows Oh’s rise and violent fall under the influence of mobbish manager Kim Jang-ho (Seo Bum-suk). Lee Joon is absolutely captivating in a performance that is all about the destruction that narcissism and rampant ego can bring. He lets it all hang out and embodies Oh’s (literally) insane dedication to his craft. A darker than dark take on the Korean film industry, ROUGH PLAY rails against the apathy of a business wholly concerned with appearance and that gives no long-term thought to the future.

Director Shin Yeon-shick will attend the screening: A Q&A will follow. 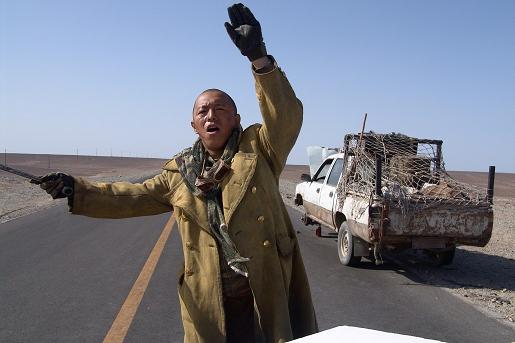 “Famous lawyer went to a distant border area, and won justice for a wrongly accused man,” Pan Xiao says into his phone, dictating his own breathless press releases. Taking selfies and sporting a soul patch, Pan is a smug legal grandstander who went to Northwestern China to get a falcon poacher off on a technicality, then demanded the criminal’s car as collateral for his payment. He needs to drive back to Beijing ASAP, and that’s when trouble rears its ugly head. One part THE ROAD WARRIOR and one part THE GOOD, THE BAD AND THE UGLY, this spaghetti Western via the Coen Brothers is a black comedy of errors from the director who brought us festival favorite CRAZY RACER a couple of years ago. And you weren’t supposed to ever see it. Shot in 2009, it was the biggest film of director Ning Hao’s career, capping his rise from arthouse favorite to director of blockbuster comedies like CRAZY STONE and CRAZY RACER, but it ran afoul of Chinese censors and was shelved. But last year it popped up four years after its scheduled release, and went on to earn a huge amount of money at the box office. Savage, cynical satire, it’s a savvy indictment of the dog-eat-dog capitalism that’s currently eating China (and America) alive. 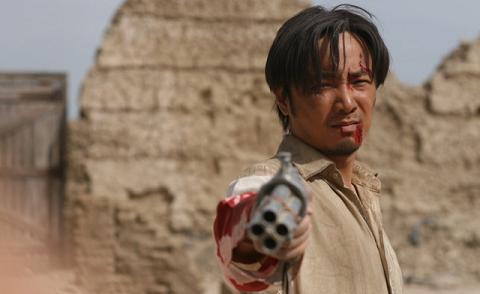