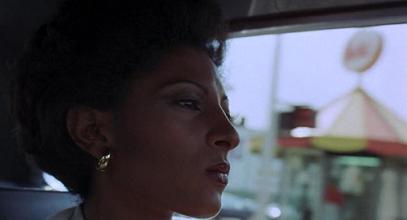 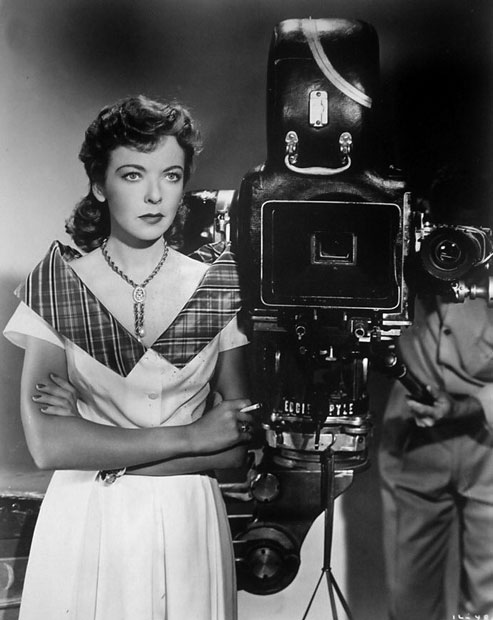 I’m breaking my own rules today.

My guiding principles as a writer are to stand behind everything I write, to sign my own name to it and to never publish anything referencing a specific person which I don’t feel I could say out loud while looking that person in the eye. I don’t ever plan to break these self-enforced guidelines.

Until this moment, I haven’t broken this one either: I don’t write angry. I mean, if I’m doing fiction and I want to channel my emotions into imagined characters and scenarios, that’s kosher. But no meanness or spite in reviews or columns or reportage or opinions. I don’t write angry. I don’t tweet angry. And I have never put together a piece like this one, which is full of self-referencing and “I”s, with fury in my heart.

It started this morning, with an opinion piece posted to an outlet of high standards, concerning the Netflix series Orange Is The New Black, which is set in a womens’ prison where the male characters come in various flavors including the civilians who are tone-deaf and ill-equipped to understand or support the incarcerated women in their lives, the guards who take advantage of the inmates in various ways, the bureaucratic types who also take advantage, or worse, ignore the needs of their charges. The thesis would be problematic even if the writer were a woman, but unfortunately, and predictably, he’s a man. He’s misguided for a lot of reasons, one obviously being the naïveté of an adult person failing to consider that these dramatized portrayals may be based in reality, or at least based in the subjective reality of the main female characters (as most of the series is). His primary point of contention is in the depiction of male inmates in season two, but this is a comparatively small percentage of the series and his melodramatic language inflates their influence. 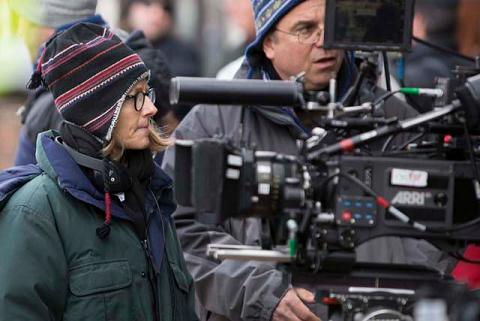 Another reason, and the one that’s important for the purposes of this column, is that this fella failed to appreciate that the series is based on the memoir and first-hand experience of a woman (Piper Kerman), that it was developed and is overseen by a woman (Jenji Kohan), that its writing staff includes a fair amount of women (but isn’t exclusively; another important detail), and that its episodes are directed by talented women including Allison Anders, Daisy Von Scherler Mayer, and Jodie Foster. And, you know, the show’s main characters are women. It’s fair to assume that this show’s perspective skews female, and what on earth would be wrong with that? On a morning where the highest-grossing movie of the past weekend was directed by a man, who — and whether you adore or despise Michael Bay’s work you can’t argue with this — consistently portrays women as one-dimensional, rarely-dressed fuckdolls who are peripheral to the main action, a male writer decides that his issue for his opinion piece is that one of the few female-skewing pop-culture phenomena (which reaches a fraction of the audience TRANSFORMERS movies do) is going to be how it’s unfair to its male characters.

Really? That’s the hill you’re planting your flag on, dude? Let’s not even get me going on the argument that the male characters on Orange Is The New Black are just as imperfect and fallible as any of the female characters, and that their unpretty depiction is of a piece with the artistic vision of the show, rather than a misandric inconsistency.

That was bad enough, but flimsily-constructed and vociferously-worded opinion pieces are par for the course on the internet — hopefully mine won’t join their number  — and I could have shrugged it off, but then a real thing that actually affects human beings in the world happened. 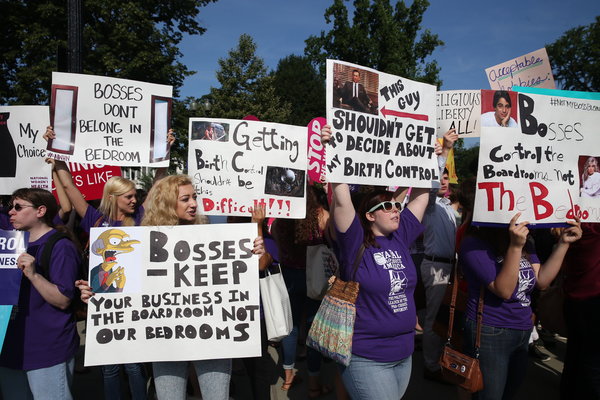 The United States Supreme Court today ruled that corporations are not required to provide contraception under health care coverage for their employees, on the basis of “religious freedom.” I’m not going to rail against the politically-motivated and ominously theocratic implications of this decision, because you can follow me on Twitter for that. The Supreme Court has nine judges, five of whom vote towards ultra-conservative interests — this is not an opinion, this is a fact, but if we don’t like it (and this part is my opinion) we can chalk it up to another disastrous aftershock of the profoundly ruinous Bush II presidency. I’m not sure how a logical, ethical argument could be constructed against my word choice there, but knock yourselves out trying if you like. 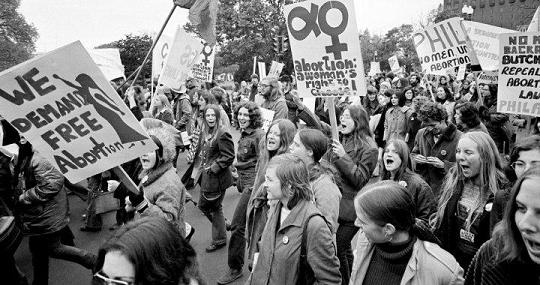 The most troubling precedent set by today’s “religious freedom” ruling is that it isn’t too much of a precedent at all — it feels like business as usual: Men telling women what they can and should do with their own bodies. Now believe it or not, but I happen to be a man myself, and I cannot in my right mind understand how anyone could think they should be allowed to legislate another person’s physical self. It’s the “do unto others” rule, which — not for nothing — comes straight from that book that so often gets hauled out during these political flashpoints: I wouldn’t want any man or woman to tell me what I can do with my body, so I would not tell any man or women what to do with theirs.

For example, I honestly believe no man should wear open-toe sandals unless he’s at the beach, or else Russell Crowe in GLADIATOR. I shouldn’t have to look at some guy’s nasty-ass feet on my way to work in the morning, right? Guess what — I don’t get a say in that decision. That’s how America works. And if I don’t like it, I can leave (and from what I hear, the public display of extremities is even worse in Europe.) Imagine what would happen if I told these rampant foot-nudists to put on socks and shoes like gentlemen. I’d be the bad guy.

Women’s reproductive rights don’t constitute a religious decision. It’s not even a moral question. It’s a legal question, and one which was settled many years ago. We all know what the conservative members of this Supreme Court are looking to do, and that’s to overturn Roe vs. Wade. To do that would be villainous. It would be un-American. “Religious freedom” is but one of the many freedoms we are all entitled to as Americans. So too is freedom from the religion-based decrees of others. An American woman must have full ownership of and control over her own body, whether or not anyone else thinks it’s icky. THAT’S a moral question. But certain interests in this country have a long history of looking to suppress womens’ rights. That’s what I would call institutionalized misogyny. And that’s wrong. And that kind of toxicity spreads into the culture, like it or not. And it pervades. And as much as I would like to stay apolitical, to stay on my island watching monster movies and talking and writing about little else, I was brought up to stand against what’s wrong. People better than I’ll ever need to be set a good example for me and I intend to do what I can to follow suit.

Now the question is, “What I can do?” 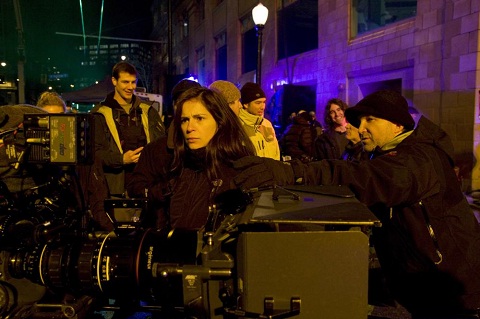 I’ve actually asked this question before. The awesomely brave filmmaker Lexi Alexander has been waging a battle against gender inequities for a while now. The film industry is systematically failing to encourage female film-making voices. Lexi argues that women are there with the skills and the ambition to direct movies, but they aren’t given the chance. She’s right. The numbers don’t lie. A few months back I wrote an editorial for this site with the intention of spotlighting her crusade. Ever since, I have struggled with the thought that I could be doing more, without fully formulating an organized way to do it. Now I’m revved up enough to forge ahead. Daily Grindhouse isn’t the world’s biggest stage but it’s the stage I stand on right now and while I normally use it in an attempt to spread joy to fellow movie-lovers, to recommend movies I love, it’s high time to join the important conversations of the day. I’ll start with this one. 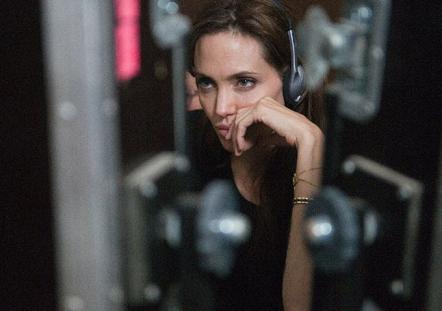 I will be writing a column for Daily Grindhouse to do whatever I can to help boost female-driven projects. We tend to focus on genre-based efforts here, but in this case any project written, directed, or produced by female talent will be included. To the cynics, this isn’t tokenism — there’s plenty of great stuff to choose from! But not remotely enough. Several of my favorite films of the past four years have been female-driven projects; I’d just love to be able to list more than one or two a year.

If you are a woman and filmmaker who is looking for a site to promote your efforts, this is a friendly space.

If you are a reader with ideas as to what films and prospective projects I could be covering, please let me know.

Also, if you have ideas for a column title, those are welcome also.

I do this with no illusions as to my own importance — I know I am one of many millions of  voices on the internet, voices far louder and more widely read than my own. (Some of them are terrific!) But maybe it’s enough just to do and say what’s right, to step up and stand with the people on the right side of things. I know I’d love to see my six-year-old niece grow up watching women in movies who are more than damsels in distress, idealizations, or set decoration. She should get to see women onscreen as people, no less complicated or heroic than any male character. Because that’s the truth, after all. 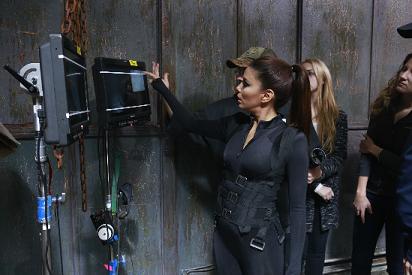 While this editorial began with anger, the column will proceed henceforth with positivity and enthusiasm. Religion, politics, gender, justice: All of these factors are important, but we’re here to talk about movies. What needs to change in our society is that our movies, with too-rare exceptions, have only told half the story. For many years, we’ve been deprived of nearly half of the great movies we could have gotten! Men have done incredible things with the art of cinematic storytelling, but let’s let more women in the doors. Just imagine how the artform will expand our experience and astonish our senses when it’s truly as democratic and as diverse as it should actually be!