Feel like I say this every day concerning this insanely cool film festival, but today brings a particularly diverse line-up. You’ve got a wacky culinary comedy, a suspense thriller, and a pair of films honoring one of the great martial-arts stars  — Jimmy Wong Yu. In the early evening there’s a screening of the Shaw Brothers action classic introducing Jimmy Wong Yu’s signature character, Fang Kang, The One-Armed Swordsman, who in subsequent releases became known as Tien Lung, The One-Armed Boxer. Now 70 and an elder statesman of Hong Kong genre cinema, Jimmy Wong Yu has co-starred in a dark thriller called SOUL, the primetime screening tonight. He had been scheduled to attend but even though that plan fell through due to airports being the one foe able to delay Jimmy Wong Yu, the chance to see him on the big screen with an enthusiastic crowd is worth a trip uptown. 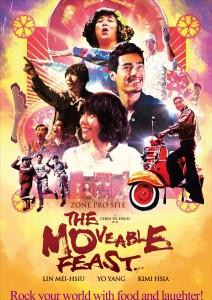 Hardcore food porn of the highest order, ZONE PRO SITE: THE MOVEABLE FEAST is Taiwan’s attempt to turn your stomach into a howling wasteland that cries out for FOOD! FOOD! FOOD! Failed actress Chan runs away to her hometown trying to stay a step ahead of debt collectors looking to recover the $900,000 she owes. When she gets back to the small town where she grew up she discovers that the only way to raise the cash she needs is to start catering out of her stepmother’s hole-in-the-wall restaurant, which leads her to enter a cooking contest with a $1 million prize. Of course, all that cash will go right into the pockets of the gangsters on her tail, but still… it’s that or wind up in pieces. Assisting her on her culinary quest are Doctor Gourmet, a wandering stud who helps people improve the taste of their dishes, and a series of street-stall chefs who used to be her dad’s competition. The result is a movie that’s as colorful as a bowl full of hard candies, an endless foodie feast that will have you gnawing on the stuffing from your seat cushion in hunger. 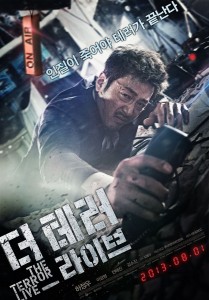 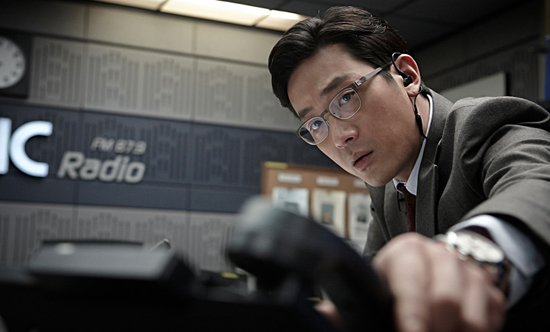 After rocketing to fame as an off-handed serial killer in THE CHASER, a cab driver pushed to extremes in THE YELLOW SEA, and one of Korea’s coolest gangsters in NAMELESS GANGSTER, Ha Jung-woo finally gets the one-man movie he deserves. A disgraced TV news anchor demoted to drivetime radio call-in shows, Ha is a callow opportunist in career purgatory when a man phones in, blows up a bridge, and claims to have other bombs hidden around Seoul. Unfolding in real time, set mostly in the claustrophobic radio studio, the film is a showcase for Ha, who manipulates, bullies, cajoles, cowers, lies, and unleashes righteous anger as he goes up against an unseen terrorist, trying to save lives while also trying to resurrect his career. A master class in wringing out maximum suspense from one man and a microphone. 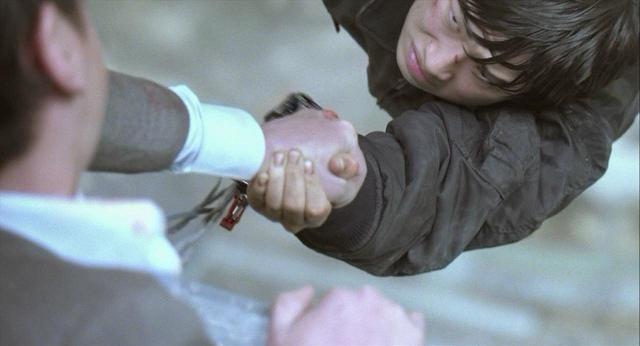 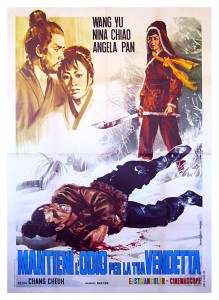 The movie that changed everything, THE ONE-ARMED SWORDSMAN burst onto the scene in 1967 as riots swept the streets of Hong Kong and bombings pushed the city over the brink into chaos. Putting all that anger and fury on screen, the film tells the tale of a blue-collar swordsman who loses his arm to his master’s pampered teenage daughter when she has snit fit over not getting enough attention. He teaches himself a new one-armed technique using his own father’s broken sword and winds up slaughtering his way into immortality. Chang Cheh’s breakthrough film, with action by the legendary Lau Kar-leung (DRUNKEN MASTER II) and Tong Kai, and starring Jimmy Wong Yu, a man who can convey an entire encyclopedia’s worth of badassery with one glower, THE ONE-ARMED SWORDSMAN still has the power to kick over the establishment and drop a blade right through its skull.

Actor Jimmy Wong Yu will attend the screening to introduce the film and to give a Q&A. Part of Sir Run Run Shaw Tribute. Presented with the support of Hong Kong Economic and Trade Office New York and Celestial Pictures. 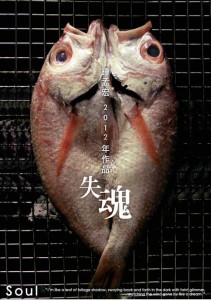 Chung Mong-hong’s third feature (after PARKING and THE FOURTH PORTRAIT) is a slasher by way of art film that follows the almost silent Chuan (Joseph Chang), a chef in Taipei who suddenly collapses at work. His sister Hsiao Yun (Chen Hsiang-chi) and two friends drive him to the country home of Uncle Wang (festival guest Jimmy Wong Yu), who lives deep in the forest growing orchids. Soon Chuan commits his first murder and when confronted by Uncle Wang claims he is no long Chuan. So begins a killing spree—and a duo of great cameos by Leon Dai and Tuo Tsung-hua who both show up in search of the growing number of missing people. While not as tightly focused as Chung’s debut film, SOUL is anchored and elevated by Jimmy Wong Yu’s portrayal of Uncle Wang. He is quietly crazier than everyone else in the film yet manages to portray a full range of emotions as he tries to deal with a situation that is rapidly spiraling out of control. The other element that elevates this film is the stunning cinematography by Chung himself working under the pseudonym Nakashima Nagao. The beauty of central Taiwan comes through clearly with loving widescreen shots of misty hills and lush forests, but also impressive is how Chung manages to make the small ramshackle home of Uncle Wang stand out in some of the best shots in the film.

Actor Jimmy Wong Yu will attend the first screening and will be presented with NYAFF’sLifetime Achievement Award. 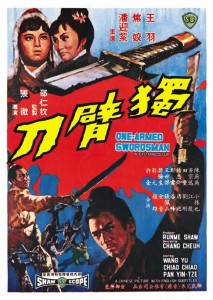