Back around 2000, when I heard there was a new SHAFT movie coming out, I wasn’t all that surprised. It’s always been Hollywood’s habit to remake old movies, whether said remake is necessary or not. The original SHAFT came out in 1971; one of the first blaxploitation movies kicking off that genre across the ‘70s. It spawned two sequels over the next two years and there was even a brief CBS TV series (although that didn’t last long with the watering down the character went through to make him palatable to network standards and practices). Through the first three movies and TV series the role of John Shaft was played by the underrated Richard Roundtree, who exuded cool charisma from every pore.

Now we get to the 2000 version of SHAFT and Samuel L. Jackson took over the role. Seemed like fine casting, as Jackson can also exude charismatic badassery as needed. I was then surprised when I went to see and review that movie to discover the filmmakers had cleverly turned it into a reboot (a term we weren’t yet using in 2000) that was also a sequel. There was Roundtree back in the role of John Shaft (explained to be the uncle of Jackson’s character) almost 30 years after originating it. I enjoyed that movie, which was possibly my first notice of Christian Bale as one of the bad guys. 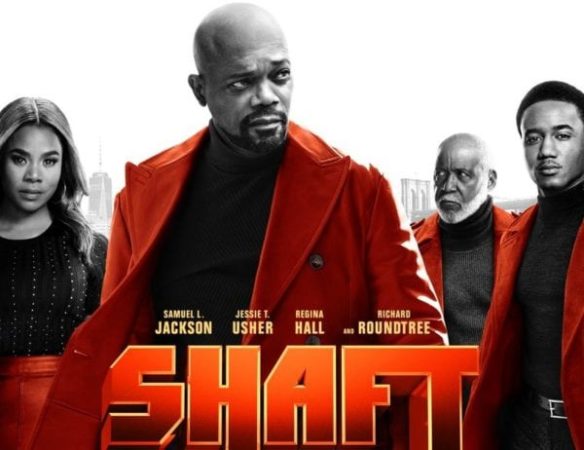 Sorry for that long winded opening, but I just wanted to give that background so I can now tell you how flabbergasted I was when I heard they were doing a new SHAFT movie in 2019, AND Samuel L. Jackson was returning, making this a nineteen-years-in-coming sequel (!), AND so was Richard Roundtree, making it the fifth movie in a franchise started 48 (!!!) years ago with the original star playing the same role!

This time out Jackson’s Shaft is called in to help out his son John Jr. (Jessie T. Usher), an FBI data analyst raised away from Shaft’s violent world by his mom Maya (Regina Hall). John Jr.–or JJ–is on the trail of drug smugglers who killed a friend of his. He is an up to the minute guy, with a smartphone full of apps and a smart mouth he uses to get both into and out of trouble. However the seedy world he finds himself in proves to be a bit much for a young man who hates guns, so he reconnects with Dad–who is not all that thrilled to jump in until he realizes the villains Junior is after might include his archenemy–giving Shaft a shot at concluding their decades-long feud. The two Shafts do not exactly get along, with their complicated history and the older Shaft’s old school methods–which include intimidation, violence, gunplay, and what could charitably be called an unenlightened view of women in 2019–causing a constant clash between father and son. Eventually they decide more firepower is needed, and they go to see Grampa Shaft (Roundtree) who is still a viable action hero almost 50 years after his debut. (And yes, that “uncle” thing is addressed in a moment that made this continuity loving movie reviewer nearly cry with joy.) 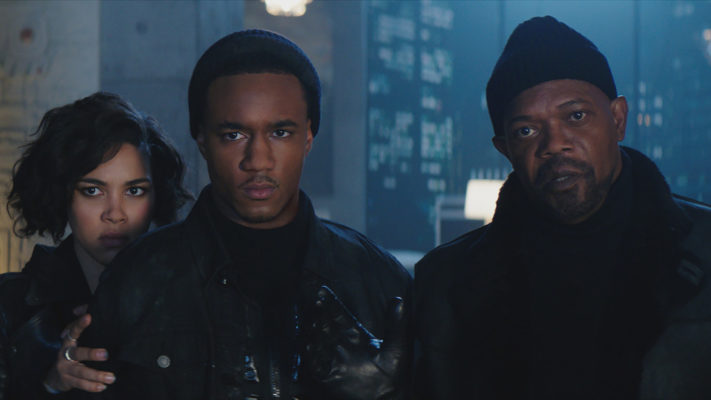 I have a feeling a big part of why this SHAFT is not getting favorable reviews is the fact that the filmmakers have thrown political correctness to the winds before the first frame. They have unapologetically made a big, R-rated,  profane, violent action comedy with a lead character who doesn’t know an SJW from a #metoo in 2019, and it’s probably rubbing people a little wrong. But the filmmakers are certainly aware that Jackson’s Shaft is a little behind the times. They play that off well with the younger characters in the movie pointing out how much of a dinosaur he is throughout. But that dinosaur is also highly effective against the bad guys, and in the end, it is just the kind of movie I used to enjoy with my father. I thought it was marvelous.

Director Tim Story marshals his cast and crew terrifically well, with solid action and stunts mixed with hilarious verbal sparring throughout. There’s not too much CGI in the action stuff either, or they’re getting better at blending it in. Of course, the late Isaac Hayes’ “Shaft” theme is used again, and it’s still a terrific piece of cinematic funk, easily able to get an action fan’s pulse racing.

The cast is terrific. Jackson and Usher’s chemistry is strong and they are ably supported by Roundtree, who shows up fairly late in the movie but makes the most of his scenes. When the three generations of Shaft come together it is a moment of joy. The rest of the cast is also fine. Hall is worth her weight in gold with her sassy F bombs flying every which way from the early moments and the bad guys–led by Isaach De Bankolé–prove to be a formidable opposition. 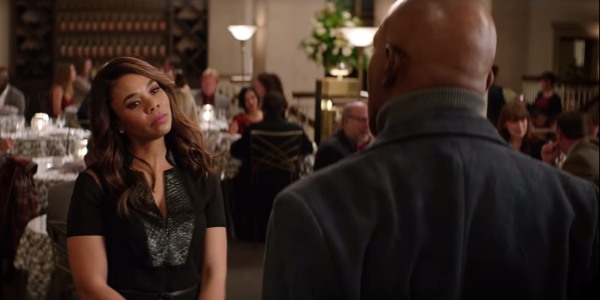 I think it’s also well worth mentioning that the seemingly ageless Jackson is still a completely effective action star at 70 years old. He looks great and moves well. There is a moment or two where the designer clothes let him down and there’s a bit of senior thickness on view around his middle section, but for the most part he looks the same as he did in the 2000 movie. It’s also funny to point out that Roundtree is, in real life, only six years older than Jackson!

It may not be a movie for everyone, but if you are an action movie junkie who enjoys flicks like BEVERLY HILLS COP and RUSH HOUR, where the action goes hand in hand with comedy, this is a safe bet for you. 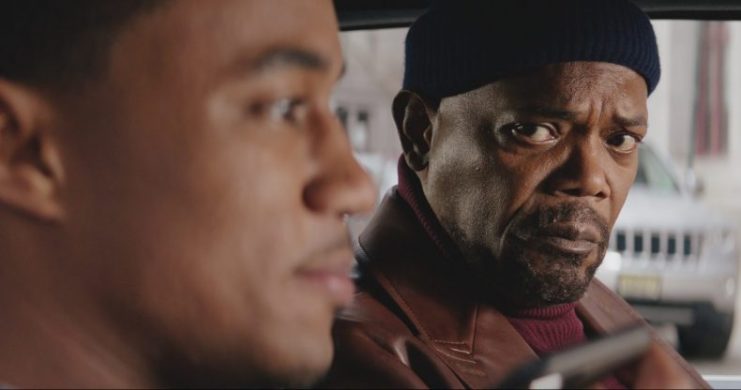