Double-dips are on about the same level as a venereal disease but that doesn’t stop the masses from ponying up the cash. Sometimes they’re worth it and sometimes they’re THE EVIL DEAD II Special Edition #127. This one however, is going to get my cash. Sony fucked up on the 2009 release of GHOSTBUSTERS and sold us a transfer that was south of good, but now they’re back with a 4K transfer of the horror-comedy classic that drops on May 14th (sans any special features).

What is 4K? Let’s ask Picture Picture (aka Amazon):

4K Ultra HD is four times the resolution of Full HD. On a TV, that means four times the pixels are packed into the same size screen, allowing you to sit closer to a bigger screen without seeing pixilation of scenes. Furthermore, the gaps between pixels (called the screen door effect) and visible pixels (called jaggies) are dramatically reduced. 4K Ultra HD delivers a more detailed, immersive, and realistic entertainment experience – bringing the home theater ever closer to the movie theater.

So bad news: Another double-dip. Good news: It’s GHOSTBUSTERS with a 4K transfer so pre-order that good shit. 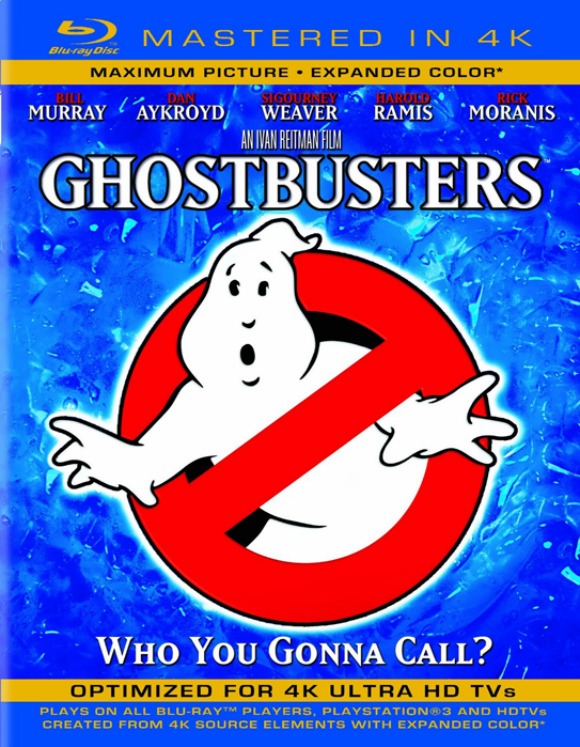