“… a smashing success, a juggernaut of an action-adventure saga… To put it simply, this is a home run.” — Elvis Mitchell, New York Times 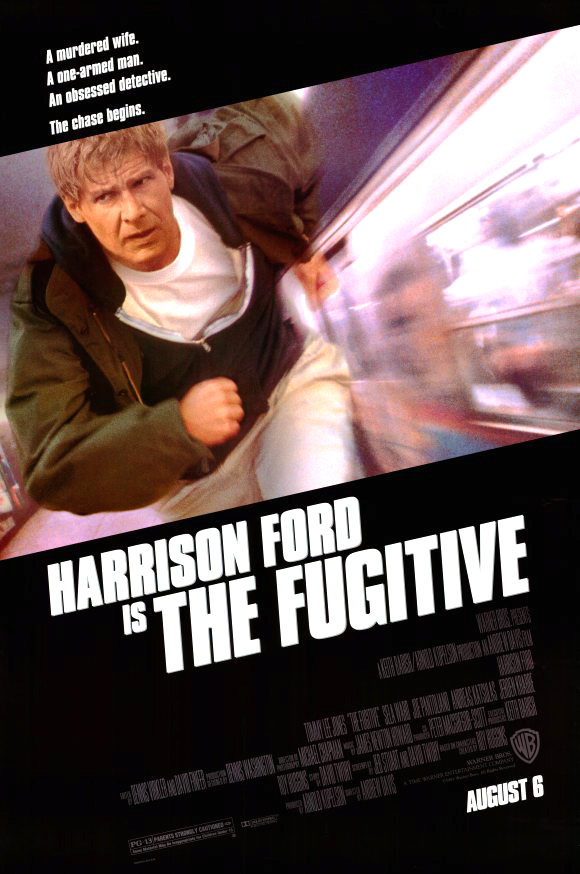 The Fugitive 20th Anniversary Edition will be available in BD Elite Case packaging for $19.98 SRP. Order due date is July 30.

Based on the 1960s classic TV series, the motion picture; The Fugitive, garnered seven Academy Award nominations[3] including Best Picture. In 2001, The American Film Institute also listed it as one of the 100 Most Thrilling American films[4]. Additionally,Andrew Davis was nominated by the Directors Guild of America in 1994 for his work on the motion picture, known for its spectacular stunts, including the devastating bus-train collision and a breath-taking leap down a huge waterfall. Besides Ford and Jones, the film features a fine ensemble including Sela Ward, Joe Pantoliano, Andreas Katsulas, Jeroen Krabbé, and Julianne Moore.

Chicago surgeon Dr. Richard Kimble, unjustly accused of murdering his wife, must find the real killer, and the reasons for the slaying, after being targeted in a nationwide manhunt led by tenacious United States Deputy Marshal Sam Gerard.

Note: All enhanced content listed above is subject to change.

Academy Award(s)® and Oscar(s)® are registered trademarks and services marks of the Academy of Motion Picture Arts and Sciences.

Golden Globe® is the registered trademark of the HFPA.

Blu-ray Disc™ and Blu-ray™ and the logos are the trademarks of Blu-ray Disc Association.