A new trailer for Paul Schrader’s THE CANYONS has dropped for those waiting on the man’s return or to those that have turned this flick into a SHOWGIRLS style of curiousity. Schrader has written, co-written, or directed some of my favorite films: TAXI DRIVER, THE YAKUZA, BLUE COLLAR, HARDCORE, and ROLLING THUNDER to name a few. I will always, always give him the benefit of an open mind. The fact that this was written by Bret Easton Ellis only adds to the experience. Check it out… 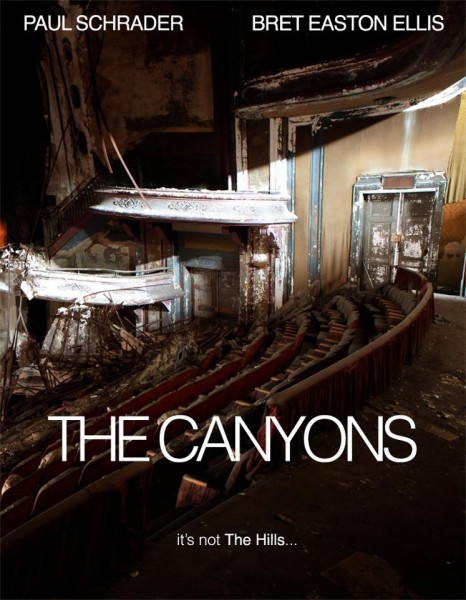 THE SKINNY ON THE FLICK:
THE CANYONS is a contemporary L.A. noir from director Paul Schrader, writer Bret Easton Ellis, and producer Braxton Pope about the dangers of sexual obsession and ambition, both personally and professionally, among a group of young people in their 20?s and how one chance meeting connected to the past unravels all of their lives, resulting in deceit, paranoia, cruel mind games and ultimately violence.