When it was originally released back in 1988, BEETLEJUICE was huge. I remember seeing it then and I have since seen this movie a lot of times. I’m not sure how well it’s remembered today, though. It’s one of Tim Burton’s earliest and purest visions. His first (feature) film was PEE-WEE’S BIG ADVENTURE, which is highly Burton-esque in retrospect — the Large Marge scene in particular — but it wasn’t Tim Burton’s sensibility alone that shaped that movie (the script by Paul Reubens and the late, great Phil Hartman had a lot to do with it). However, it was the success of that movie that allowed cinema its first blast of pure Burton, which was BEETLEJUICE; the success of which, in turn, led to BATMAN, which made Burton one of the biggest directors of the last two decades. In his unique filmmaking career, Tim Burton has alternated between movie-star blockbusters and smaller, more personal movies. BEETLEJUICE was kind of both. 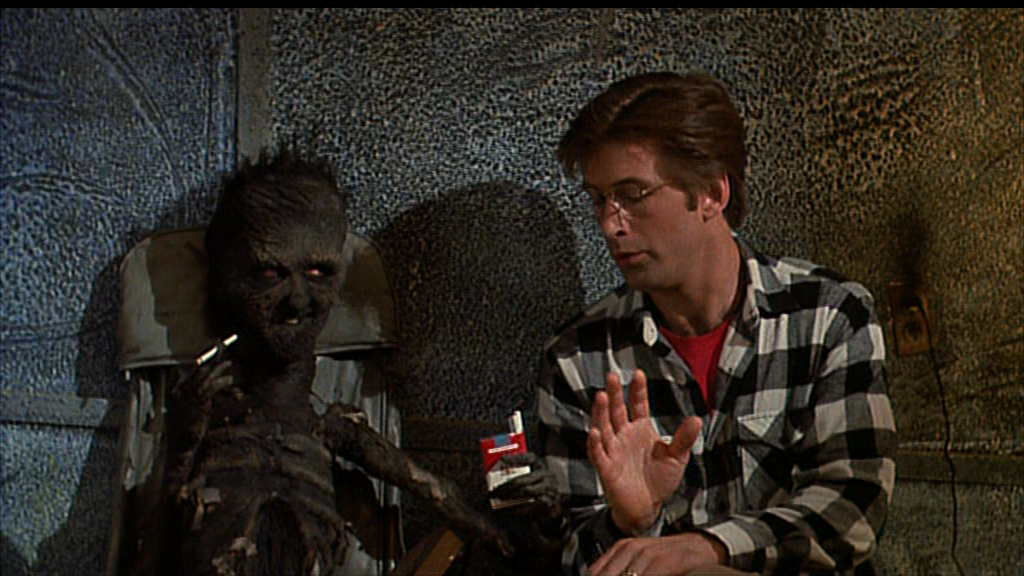 BEETLEJUICE started out originally as a script by Michael McDowell, which was reportedly was rewritten when Tim Burton signed on. If you’ve seen his drawings, you know that Burton’s artistic sensibility is all over the finished movie. The spooky character design, the skewed angles, the shadowy production design, the charming hokiness, the surprising darkness (in contrast), the off-center musicality, the career-best performances by many of its actors, the affinity for outcasts and wackadoos, the demented-carnival pomp of Danny Elfman’s score – these are all hallmarks of Burton’s style. The story is actually incredibly weird – a recently deceased young couple (Geena Davis and Alec Baldwin) return from a watery grave in order to rid their home of its new occupants, a strange family consisting of Catherine O’Hara, Jeffrey Jones, and Winona Ryder. Since they’re not great at being ghosts, they conjure up the lecherous, dangerous Beetlejuice (Michael Keaton), an exorcist who specializes in exorcising the living, in order to scare away the intruders. 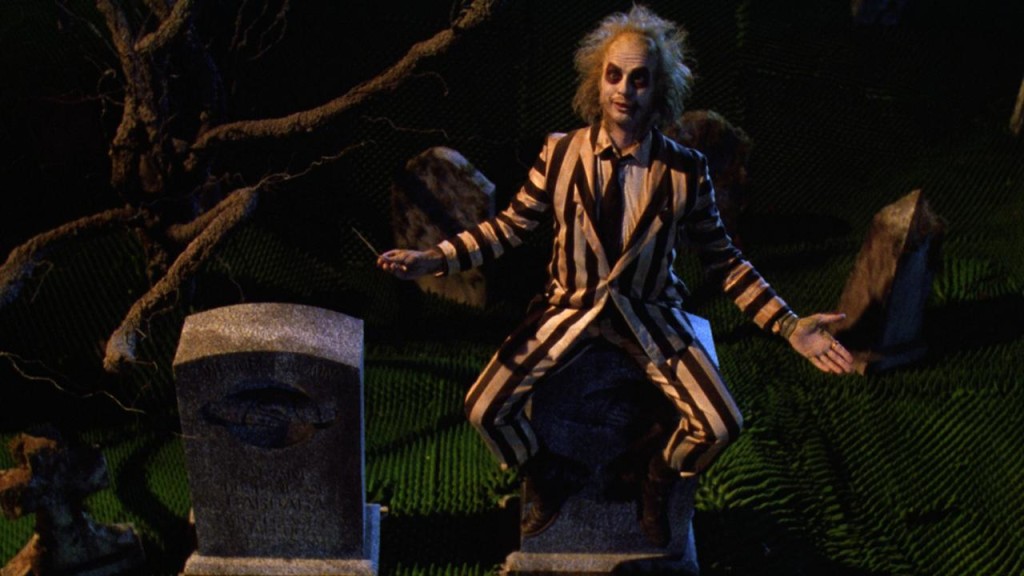 If this was supposed to be a kid’s movie, it’s definitely one of the creepiest and most bizarre kid’s movies ever made. The uniformly great cast is by turns mournful and affecting, callous and obnoxious, and in the case of Michael Keaton, unforgettably and wonderfully repulsive. In his portrayal of Beetlejuice, Keaton created a screen icon for freaks and weirdos. He’s unequivocably a villain and a pervert, and obviously is having a blast being sickening. 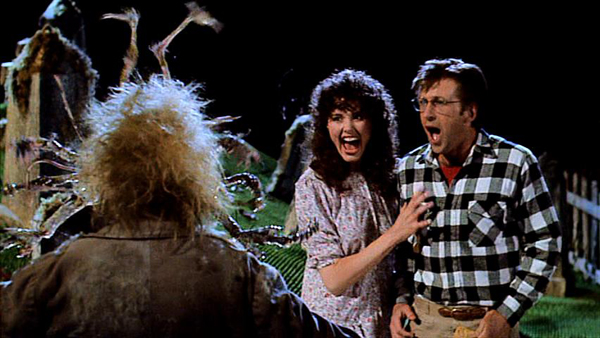 BEETLEJUICE is a pivotal movie in Tim Burton’s career. It perfected the tone and spirit for which all of his best movies that followed are known, and in a design sense, it was an obvious trial run for his auteur projects such as THE NIGHTMARE BEFORE CHRISTMAS, THE CORPSE BRIDE, and even ED WOOD. The year after BEETLEJUICE, Burton got the BATMAN job, and from there he became a worldwide success.  Some would argue things were never this good again.  I’m not sure that’s the case, but it’s definitely true that we haven’t seen Michael Keaton this enjoyably manic ever since.  Movies have too few comic madmen, and for a few years, Keaton was one of the very best.  Watch BEETLEJUICE and you’ll see what I mean.  Seeing it on a big screen again, or for the first time, with an enthusiastic audience is a great idea. For Tim Burton fans, it’s an absolute necessity; for everyone else, it’s a friendly but emphatic suggestion. 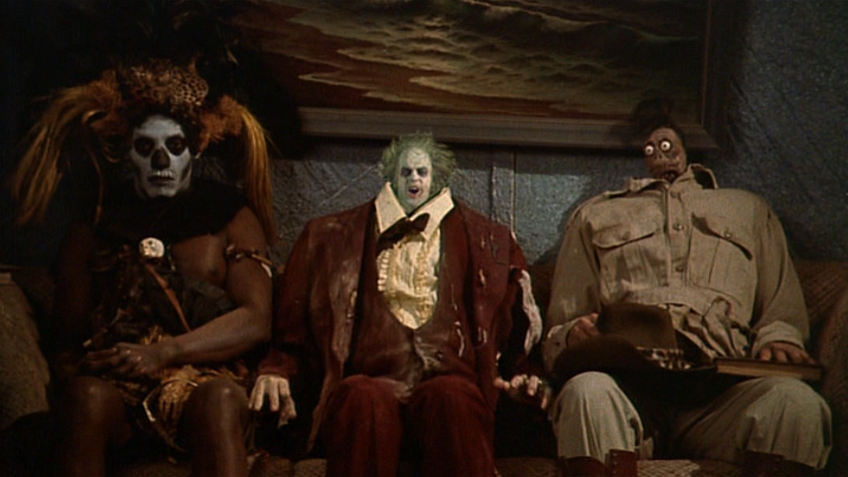 BEETLEJUICE is playing this Saturday morning at Brooklyn’s Nitehawk Cinema. 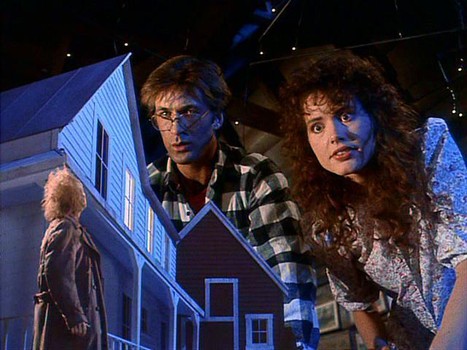